The Wizard of Oz is a classic like no other.  Both in the original novel and the first film adaptation in 1939 with Judy Garland still remain the most popular incarnations of Baum’s story and there is doubtful a Halloween goes by without some little girl dressing as a lost woman with ruby red slippers as her younger brother trails behind dragging his lion’s tail. However the reason the novel and film remain a classic unlike any other is because of the level of success and notoriety it’s multitude of reinventions and prequels that were born from one story all relating back to how Baum created a fantasy land where seemingly more things remain possible than he had let on in his original novel.

There is of course Wicked, the untold story of the Wicked Witch of the West and the rest of the characters from Oz by Gregory Maguire and its musical adaptation. But also, the not do distant television series Tin Man, which took a more steam punk and science fiction fantasy approach to the tale of DG on her quest to return home. And finally the newest one Oz: the Great and Powerful, a film being directed by Sam Raimi and going to be released in 2013. 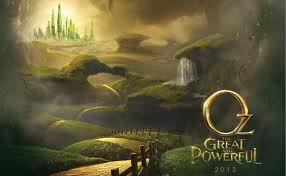 Raimi’s tale will focus specifically on Oz, the great wizard, who will be played by James Franco. From the trailer we can tell that Oz, like Dorothy, is from Kansas and unlike the rest of Kansas men, he does not just want to be good, he wants to be great.  Cue the tornado, spinning hot air balloon and Oz finding himself in a strange and distant land. And strange and distant is what Raimi is setting out for the film to be.

Unlike the original film, Raimi takes Oz into a new territory of weird and fantastical. Modern day CGI allows for this type of thing. And watching the trailer, it feels like we have seen this before. Burton’s Alice in Wonderland, perhaps? 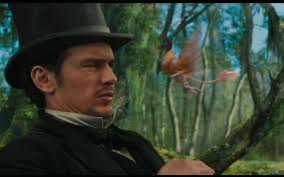 There is no question that Baum initially drew some inspiration from Alice in Wonderland for his story, but he had created a country and world just different enough to warrant the two novels as being similar, but distinct enough to tell their own stories and have their own characters.  While other incarnations have adapted a more fantastical element into the world of Oz, in particular, Tin Man, there again was still enough distinction from Alice in Wonderland and the original itself to merit that particular version. However, having Burton’s Alive in Wonderland only released two years ago, three by the time Raimi’s Oz will hit theaters is going to draw some criticism. Particularly in how similar the visual styles are and a cast laden with household names. 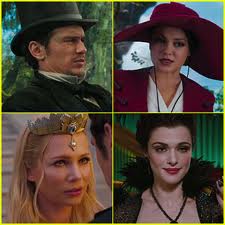 While Baum left a story that could be open to reinterpretation and development of characters outside of Dorothy, the reason it was distinct enough from Alice in Wonderland was because while Dorothy is disoriented when she arrives in Oz, things there follow a certain natural order, whereas through the looking glass, you are meant to feel you are on an acid trip. And from Raimi’s trailer, there is that impression of disorientation- not from something new, but from narcotics. Oz is dumped in this new land and suddenly it is all strange creatures, saturated colors, weird women in hats helping you up. He goes from a dreary world of black and white to one blasted with color and sparkling lights.

While Baum may have created some new creatures, a new world, there was a simplistic and natural feel to them. It appears that Raimi’s might be a bit more forced and shoving the idea of a new and exciting world down our throats as opposed to letting it draw us in more.

And if I wanted that, I would do acid. 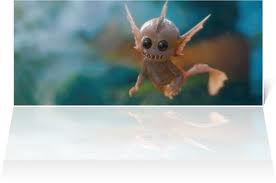