On the high energy Star Car racing circuit, driver Trance Caldron and Team Earth are independent, undisciplined, and out to prove themselves. After they stumble onto an attempt by arch rival Team Tagmatian to overthrow the peacekeeping Alliance leadership, the prestigious Star Car Championship becomes a mac speed backdrop for a deadly showdown where the fate of the universe hangs in the balance. Trance must push his car, his team, and himself to the limit. In a race between good and evil… Winning is everything. 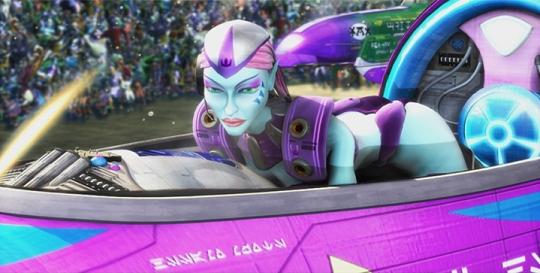 Race” is an independent computer animated sci-fi action film geared toward an audience somewhere between gamers and fans of “Star Wars: The Clone Wars” . The project is the first self-produced feature from Hyper Image, a Post Production and Animation Studio in Glendale, California. The director, Robert Brousseau, has previously helmed numerous projects, including episodes of the animated “Roughnecks: The Starship Troopers Chronicles” and “Sherlock Holmes in the 22nd Century,” for which he was nominated for an Emmy.