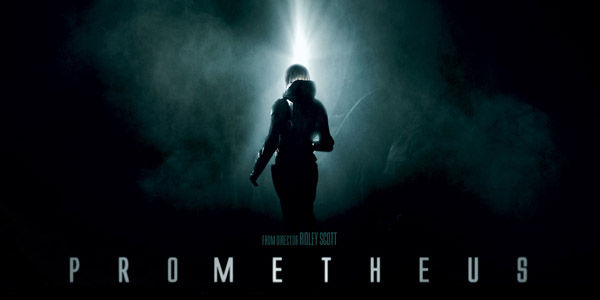 The latest Sci-Fi epic from Ridley Scott, Prometheus, is coming out in just over a month, but the movie itself still has no actual rating, which has led to rampant speculation among fans that the MPAA and the producers behind Prometheus were still fighting over which rating the movie should receive. At CinemaCon however, Tom Rothman (Fox Studio Head) made very clear that the studio is going to stand firm with there movie no matter what rating it receives. The wording he used also specifically suggested that he quite honestly expects the film to receive an R rating.

To me, this is an absolutely great thing that I wish we could see more when it comes to Sci-Fi in particular. There is so much effort put into making sure that you get a PG or PG-13 for your movie so that you can bring the kids into the movie, and it keeps older people that really enjoy science fiction from getting a really dark and serious movie like Alien or Blade Runner, or quite honestly any classic Ridley Scott film.

Some of the best Sci-Fi movies ever made, like the original Alien, which Prometheus is a prequel to, have been rated R. To think of a world where I would have been robbed of these classics because a bunch of boardroom executives didn’t want to sacrifice the extra money that they could bring in by having the movie rated PG-13 is an absolutely terrible idea. The core concept that studio executives have is that a lower rating always means more money, and giving up that money is something that studio executives simply do not want to do.

In this day and age it seems like so many people care more about the money they make than the movies that they put out, which to a point makes sense, simply because of the amazingly high budgets that studios still need to make money back on, but at what point do you compromise the artistic integrity of the film itself by constantly making changes to appease the MPAA ratings board? This is a very fine line that movie producers, editors, and directors constantly have to walk, and I certainly do not envy their job.

However, I firmly believe that enough adults want to see good, hard, science fiction, that you are not sacrificing huge profits by having the film rated R, and that not even considering the teenagers that will see the R rated movie anyway, since their parents allowed them to. I think that the desire for serious sci-fi is strong, and any film that would actually be willing to appeal to this market could turn a very excellent profit in the short term, and by not compromising the integrity of the film to lower the rating, makes the film last far longer in the mind share of the movie-going public, like it’s R-Rated science fiction and film classic brethren, Alien and Blade Runner.

About the Author
Matthew Warren is a science fiction fanatic and blogger. He writes for Things Nerds Like and operates the online store Sci-Fi-Stuff.com. Check out their latest Science Fiction & Doctor Who T-shirts.