Project Nemesis Keeps On Twisting Itself 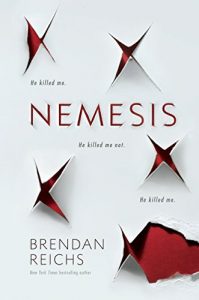 Project Nemesis is a book series guilty of something that the internet has long figured out is not an “effective” way of storytelling but is amazing for marketing: The “Mystery Box.” The idea that mysteries trump actual good storytelling and it’s best to set up things that seem interesting regardless of if it truly is. And while I really am condemning this series with that comment, I’m not saying I didn’t like it overall.

And this is because of the second clause: the results, the answers to those questions, if good, can excuse the tactic. Though pulpy and resembling the stuff of wild internet theories for other stories, the Project Nemesis series’ commitment to exploring these is both funny and fascinating.

Really, this trilogy is best in those moments as well. Very quickly it becomes clear that the books’ construction is in service to moving around, setting up, and paying off twists as best as possible. Sure, the middle novel also hits hard with storyline aspects, and genuine non-twist dramatic turns, but this is, and always will be, a book series most obsessed with the twist.

But, again, it’s redeemed, because the twists at least make sense. The setups to the mysteries are so wild in what they imply, that the results are really the only thing that could be the answer—and thus we have things that are at the fringe of science fiction. This is a series where cloning, AI, aliens, and essentially “it was all a dream” and “they were dead the whole time” are completely valid explanations for multiple layers of the plot. 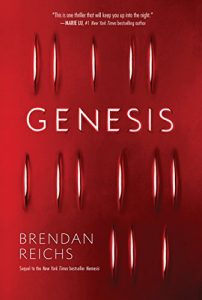 But enough about that, what else is there to offer? Well, uh, not a ton except breezy dialogue and a few standout characters. By the nature of the plot, there are a lot of random faces running around, and though I’m sure the author tried his hardest, it’s still a hodgepodge of blurring names and vague personalities. Only a psychopathically rational girl with smarts beyond her years, our trusty female protagonist, and her best friend turned commando hold any major impression. The rest of them blur together so much that even when they die it holds little weight.

The writing, in general, has an interesting problem as well: too much physical description of space.  Like, yes, the author clearly has a great understanding of the geography of where almost the entire book takes place—but there are only so many descriptions of mountain ranges, ridges, and caves and such that I care to read. I’m sure for readers that have more experience with such landscapes this will give them a very detailed vision of the movements of the characters—but I never got there, and it grew annoying when I just wanted the characters to get where they were going so I could get another mystery answered. I’m not reading a book for a travel vlog.

Though perhaps that slow drip of twists was what I needed as a reader because I did bother to read the entire series to get answers to my questions—and there were answers to them—I still didn’t appreciate being pulled along twenty pages at a time for a reason for something, and I can’t imagine I’ll be as forgiving of this for books going forward.

Project Nemesis To The Finish Line On Goodwill 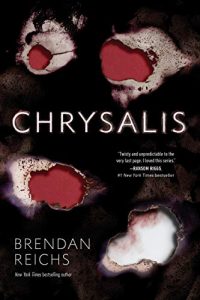 That said, it is fun and refreshing to see a book series that takes the constant mystery plotting of say, The Maze Runner, and does a much better job of answering things and explaining, and it’s especially satisfying to see a book series that really commits to a plot that’s got as many types of wild science fiction and barely plausible technological aspects as possible.

In short, read the Project Nemesis series if you can stomach a lot of feet-dragging—and then only if you are a fan of young adult dystopian literature that’s not quite part of the pack and not quite normal dystopia.