It starts with Sansa traveling with Brienne to Mole’s Town to meet with Little Finger. Sansa finally gets to face him and forces him to say out loud the awful things that happened to her after he promised her hand in marriage to Ramsay Snow. He offers to help her take Winterfell, but she demands he goes back to the Vale. He does, however, let her know that her great Uncle has taken over Riverrun with the help of the remaining Tully forces. 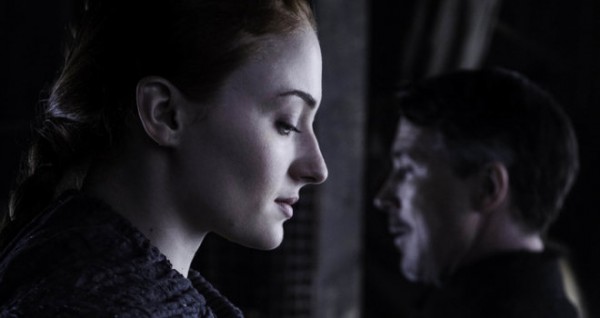 Arya shows improvement in her training with the Waif and is given a second chance by Jaqen. Her target is an actress currently portraying Cersei Lannister in the retelling of her father’s murder. The play is awful to watch and it’s disgusting to think that this is what the Seven Kingdoms believe. She seems to take issue with her assignment, but Jaqen assures her that this is her last chance.

Over on the Iron Islands Yara attempts to claim the throne and Theon renounces his place and endorses Yara. Instead, their uncle, Euron, admits he killed their father, King Balon, and claims the throne for his own. After he is crowned he proclaims that he will kill his niece and nephew, but they’ve already fled the islands with the many that support them.

Dany is preparing to leave with the Dothraki people behind her when she confronts Jorah. She learns of his greyscale and is devastated. He admits that he loves her and breaks away from her, knowing that it’s the last time he’ll see her. Dany stops him and reminds him that he promised to serve her until his death. She orders him to travel wherever he must to find the cure and then stand by her as she conquers the world. 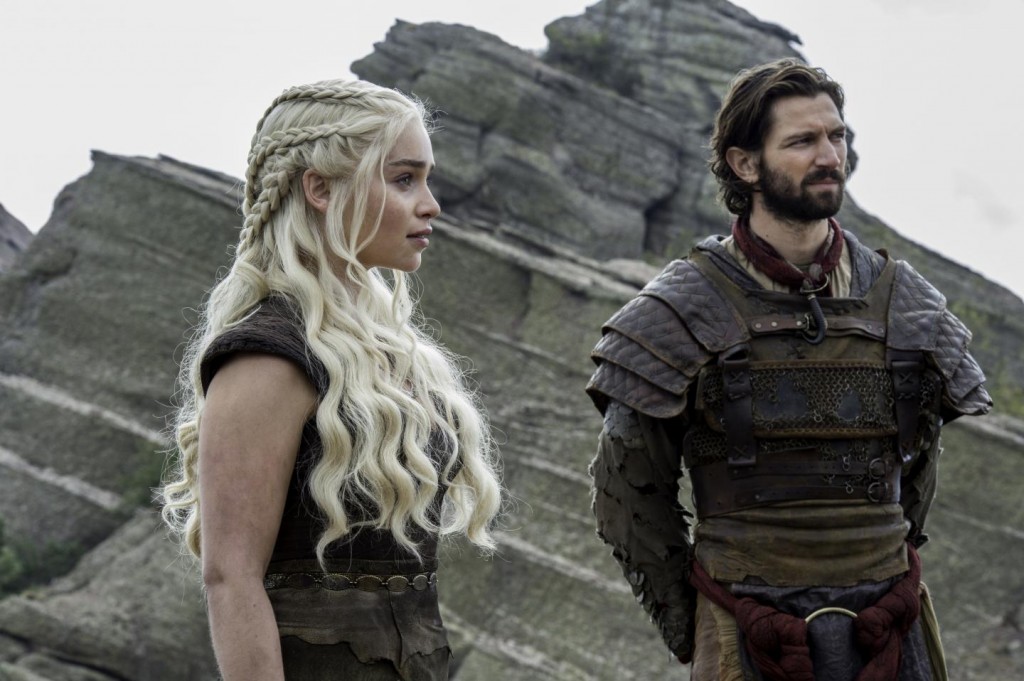 In Mereen, Tyrion has seeked out an alliance with a Red Priestess named Kinvara. We all know how the Lord of Light has worked out for us. She is confident that Dany is the chosen leader, but Varys is hesitant to trust her.

After Bran learns that the Children of the Forest created the Night’s King to protect themselves from humankind he decides to warg without the Three-Eyed Raven. Shocker, it doesn’t go well. He is met by a massive army of Wights and the Night’s King, who grabs him by the arm. When Bran is startled back he sees that the King’s touch has left a scar and the Raven tells him it is no longer safe in the cave and he must now take the Raven’s place though he is not ready. 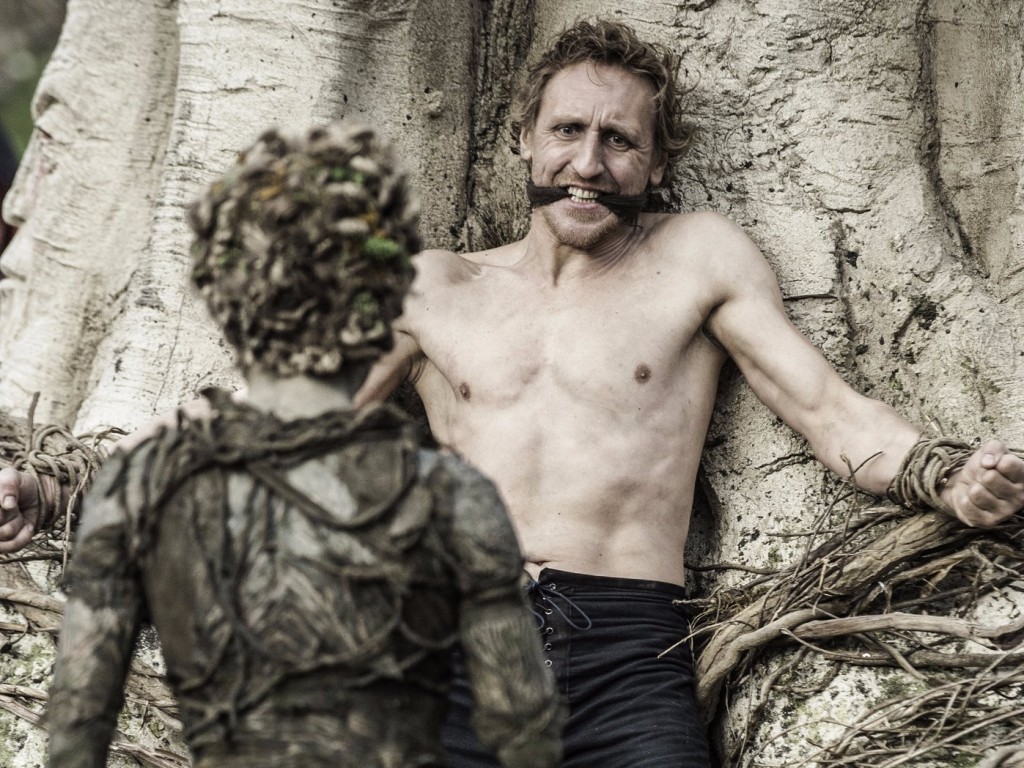 Sansa, Jon and the others discuss their odds of taking over Winterfell. They believe they can recruit families across the North along with their great Uncle’s army and reclaim the land that was once theirs. They leave Castle Black.

The Raven is quickly trying to pass knowledge along to Bran as the cave is inundated with White Walkers. The Children try to fend them off but are overrun by their own creation. Meera Reed drags Bran out just barely and then it happens… Pure heartbreak.

As Meera shouts “Hold the door!” we see a struggling Hodor fighting to keep the White Walkers on the other side, away from Bran. Bran unintentionally wargs into young Hodor from a previous memory involving his father. Meera’s shouting becomes overwhelming and the shift between times too intense and young Hodor goes into detrimental seizures. Hodor repeats Meera’s message over and over again, each time more slurred until it simply becomes “Hodor,” and is then, in the present, overtaken by the army of Wights.