We Have An Actually Good Sonic Trailer

The original Sonic trailer was truly awful, ugly, and annoying. It looked much like the Woody Woodpecker travesty that was inflicted on the viewing public.

And it was all set to be just another cash grab of failure for the internet to make fun of—me included.

But then the studio took our feedback and made a new trailer, with a new Sonic design…and the movie looks kind of good now? Like, sort of fun and enjoyable to watch? 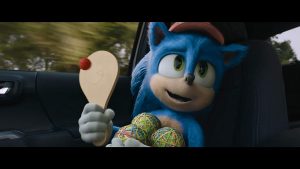 I’m as surprised as everyone, really. The new Sonic animation looks wonderful, fully workable in a three-dimensional space. His speedy motions flow smoothly, and he’s got a much more likable demeanor and face.

Now, it’s still very cheesy. Jim Carrey was by far the best part of the old trailer, with his goofy, irreverent attitude—and now Sonic matches him.

But that’s okay. That’s what we should expect of a Sonic The Hedgehog movie. And, I may even go see this film, just because of how much I respect the studio for not going through with their awful design and making the movie better and more joyful and more “respectful” to the character.

Though it’s silly to have this revelation regarding Sonic of all things, we really are living in a new era of movies and television when even the cheap kids’ movies are being treated with care. 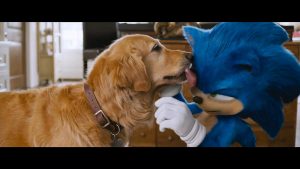 How Sonic Was Handled Gives Me Some Hope

But this whole trailer redesign has some implications that are less great.

There’s now a real honest concern that this has set a precedent of fans and nerds getting to control or essentially veto artistic works. This was a needed redesign, but if this starts happening with every nerdy movie or show we could have a problem. The audience is king, yes, but we shouldn’t have that kind of power all the time.

But let’s not be too doom and gloom here. I’m genuinely worried about audience interference, but, for now, we have an interesting, goofy, and likely entertaining movie coming up starring a major video game icon. We might have a good video game movie on our hands. 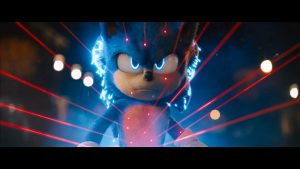 Sonic, Of All Things, Might Set A Media Standard

And if it is good, the possibilities are amazing.

Since Sonic is getting a movie, we could feasibly expect a Mario movie to happen to retaliate. And then other companies might get involved.

What happened to superheroes could happen to video game characters. If this movie succeeds, we might be seeing a strange new trend spring into existence.

And I am totally on board for that. 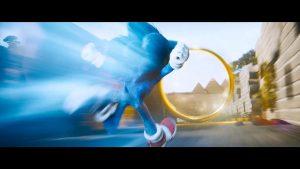