Another day, another Spider-Man reboot. I’ll hold my tongue on how monumentally boring I think it is that, once again, we will meet a freshly recasted Peter Parker in high school, and just let you know who could be the next web-slinger.

At TheWrap they’ve revealed a shortlist of five young actors who are being seriously considered, according to a menagerie of sources. In no particular order they are:

Butterfield appears to be the studio’s front runner. He’s known for his work as the titular characters in both 2011’s Hugo and 2013’s Ender’s Game and has been praised for his more serious work. Butterfield could prove a strong enough actor to carry out a darker view of Spider-Man, if that’s the direction Marvel wanted, but since audiences haven’t really been exposed to his comedic chops, it’s difficult to tell if he could continue the lightheartedness of the previous films. The young baby-faced Brit is just 18 years old.

Holland is an actor/dancer so he’s got the moves to crawl those walls. He’s performed in London’s West End in the play Billy Elliot and his first live action film role was in The Impossible with Naomi Watts and Ewan McGregor. It’s a deeply emotional film and Holland, though only 14 at the time, does such a great job. He also rocks a baby face.

Chalamet seems to be outgrowing his gawky phase after roles in Interstellar and Showtime’s Homeland. I can’t say I’m very familiar with his work, but I did find some of his spoken theater performances on YouTube and I was impressed. He could adapt nicely into the Peter Parker role. Reminds me of a young Tom Hiddleston.

The lone Canadian in the group seems like the underdog. He is known mostly for his work on The Killing and his leading role in The Way, Way Back. James is also just 18 and soft-spoken. His character in The Way, Way Back goes through a coming of age confidence transformation and James is just so endearing and believable. He could definitely play Parker, but I don’t see a studio taking a risk on him. Even if I kind of want them to.

Wolff is the oldest of the bunch at 20. He’s grown up pretty awkwardly on a public scale. Nat and his brother Alex appeared as The Naked Brothers Band from 2007-2009 on Nickelodeon. More recently, he’s gained popularity with roles in two John Green film adaptations, The Fault in Our Stars and the upcoming Paper Towns. He’s got a talent for both the dramatic and the comedic and he seems to be the fan favorite out of this group. 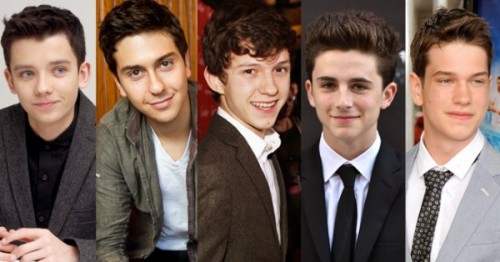 It is expected that some test offers will go out this week and casting decisions should be announced within a month. Spider-Man is expected to appear in Captain America: Civil War due out next May. 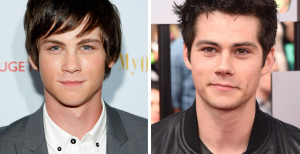 Two names not on the short list but appearing everywhere else are Dylan O’ Brien and Logan Lerman. The older actors (O’Brien and Lerman are both 23) are being plastered and photoshopped all over the internet in Spidey costumes. O’Brien is a regular on Teen Wolf and also starred in The Maze Runner. Lerman plays Percy Jackson in the Percy Jackson franchise and more recently has starred in Fury alongside Brad Pitt. Both appear to match the dark haired profile Marvel is going for, but may not be able to pull off a young high school student.

Do you like anyone in particular? Someone not named? Maybe you would have liked Sony to stick with Andrew Garfield? You let me know.

If you enjoyed the Carly’s slingin’, you can find the rest of her work right HERE on Sci-Fi Bloggers. You can also follow her on Twitter @MrsCarlyRodgers.