LIVE views of Earth from space are now available to anyone with an internet connection. NASA and the European Space Agency (ESA) bring us live views of Earth from the International Space Station (ISS) daily, courtesy of the High Definition Earth Viewing (HDEV) Project. When we watched the stream during the morning Eastern time, we were able to see astronauts outside the station adjusting the cameras and doing other tasks!

We actually found four places where you can view the live stream along with pre-recorded streams when the broadcast goes dark during the night cycle and when the team is cycling cameras or performing other tasks (aliens?). Anyway, according to Space & Universe Official, the station does not broadcast video for half of its orbit cycle of 90 minutes. Yes, the ISS orbits the earth once every 90 minutes, traveling over 17,000 miles per hour.

Here are more interesting facts about the HDEV Project and the ISS.

The HDEV Project began in 2014 in order to test the effects of HD video transmission in space.

The ISS travels at 17,153 miles per hour and orbits the earth every 90 minutes.

The altitude of the ISS at this writing is 256 miles above the earth.

The ISS sits at the edge of earth’s atmosphere in the layer called the thermosphere.

Every 45 minutes the station is on Earth’s night side and the broadcast is paused.

The NASA website has a Google Map and a satellite feed that tracks the position above earth so you can see where it is in real time. 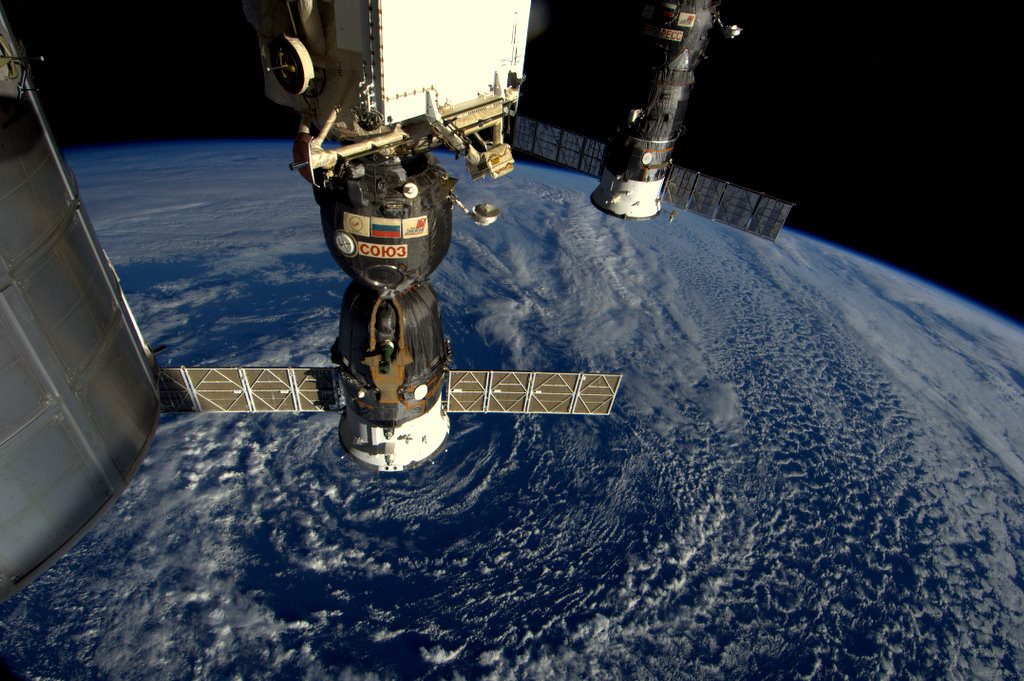 The four HDEV cameras are commercial grade and are encased in pressurized, temperature controlled housing.

If you know where the ISS is, you can usually see it as a fast moving star in the night sky for about 6 – 10 minutes.

An independent Kickstarter project has developed an at home tracker called ISS-Above which you can purchase and use to know when the ISS is near you as well as cast images to your television or computer. Visit their website to learn more here.

Here are two of the other feeds we found along with the main NASA feed. You can view them all on YouTube and on our IRL &  Cool Sci-Fi Stuff playlists.

Full details about the HDEV Project can be found on the NASA website.