I’m going to start this with a reminder to everyone that you should be breathing every few seconds, because this news is shocking, but I assure you, everything is going to be fine. This next sentence is going to sound a little overwhelming. Marvel 616 and Ultimate universes are coming to an end and only the new Battleworld will exist. It’s hard to explain, so I’ll use Editor-in-Chief Axel Alonso’s own analogy: 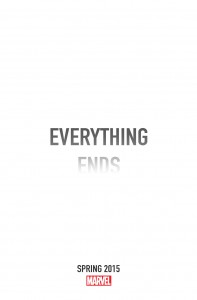 These pizza toppings will combine in the Marvel eight issue event known as Secret Wars. Over the next few weeks we will know more about what storylines will collide in SW, but for right now it all seems a little scary. Alonso also mentioned that, “We are taking the best and biggest pieces of it and seeing how easily they coexist with one another.” So perhaps the best versions of our favorite characters can live on in Battleworld. 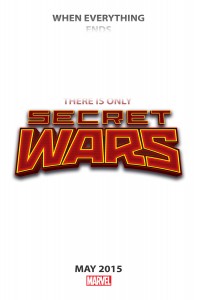 So, what about the movie magic? Marvel has been striking out against studios like Fox who own the rights to the upcoming Deadpool and Fantastic Four films by killing off titular characters for the former, and canceling the comic altogether for the latter. Will we finally get to see Spidey alongside The Avengers?!

Marvel will release SW in May, written by Jonathan Hickman. We know that it will take off from the current storylines of Avengers and New Avengers. Battle world will be featured in Issue #1, and the other seven installments are expected to be released over five months.