Man of Steel is the second best Superman movie ever made, but that claim comes along with one hell of an asterisk. Richard Donner’s Superman maintains its position as the best big screen outing the character has been graced with, but I am a firm believer that had he been allowed to continue with the franchise and complete Superman II, it would have been better than the original (The Richard Donner cut released on DVD doesn’t count). Then, when you consider the trifecta that follows Superman II, there’s not much quality to be found. On the whole I enjoyed Man of Steel, but it wasn’t a complete success.

The film reboots the entire story by delving once again into the destruction of Krypton. Jor-El (Russell Crowe) and wife Lara (Ayelet Zurer) jettison their son from the dying planet just as General Zod (Michael Shannon) stages a coup against the Krpytonian government. The coup fails, Zod and his cronies are banished to the Phantom Zone and Jor-El’s son Kal safely travels to Earth. We then jump into the future, where present-day Clark Kent’s (Henry Cavill) journey of self-discovery is juxtaposed with scenes of the past that show how he grew up under the loving care of Martha and George Kent (Diane Lane and Kevin Costner, respectively). He discovers his alien heritage, gains a trustworthy friend in reporter Lois Lane (Amy Adams) and assumes the cape as Superman. It’s just in time, too, as General Zod has escaped the phantom zone and travels to Earth to find Kal-El and save the Kryptonian race from extinction through whatever means necessary. 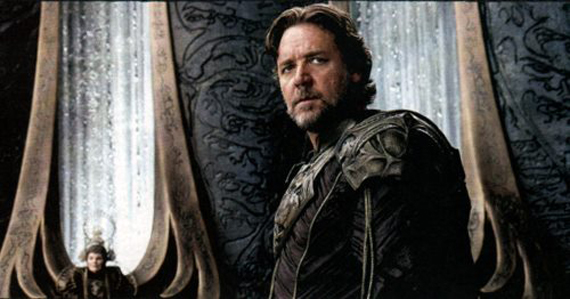 Basically what this movie does is sandwich together the plots of the first two Superman movies with modern special effects and a modern Hollywood sensibility. If you’re the kind who claims “they don’t make it like ‘em like they used to,” this isn’t the Superman for you. Gone is the charm of Christopher Reeve and Margot Kidder. Gone is the megalomania of General Zod. Gone is the red underwear. In its place we have The Matrix Revolutions style fly fighting/city destruction and a mostly somber tone that runs fairly humorless except for two or three instances.

This isn’t a bad thing in theory as the movie proves itself adept at building this tone for the first two-thirds of its run time. It’s when we get to the climactic showdowns that it loses some of its edge simply because its throwing too much at us too often. However, this is the first movie to fully exploit the full potential the Superman character has in action sequences.

Speaking of the title character, Henry Cavill truly makes his bones here as Superman. I thought he was excellent in the role and can’t wait to see what he brings to future movies. I was surprised to see how much I liked Kevin Costner in this, too. I’m usually no Costner fan, but his subdued performance works excellent in a movie that usually plays things to their excess. I’d also never thought I would claim to enjoy Russell Crowe’s interpretation of a character more than Marlon Brando’s, but I’m almost forced to given how bored Brando looked in Superman. Amy Adams is an adequate Lois Lane, but her chemistry with Henry Cavill left a little to be desired. Laurence Fishburne is criminally underused as Perry White given how much he figures into the final act in terms of screen time but not importance to anything that is going on. The rest of the cast does well, with Michael Shannon maintaining a snarling presence throughout and Antje Traue stealing the show from under him as Faora, a deliciously evil Kryptonian.

It may not seem I liked the movie as much as I did given how this review is going, but I found a lot to enjoy in Man of Steel. For one, the scale of this movie is just unparalleled in terms of movies released this summer. This movie is big. It also really plays up the science fiction angle, something no other Superman movie has really done before. At its core, this is a movie about our first contact with an alien species and it was a very appropriate route to take given how in the previous movies society at large has just seemed to accept that he’s Superman at face value and never do much about an alien living among us. Man of Steel took strides to address this issue and implies more will be done in the future. That is something I am interested to see play out.