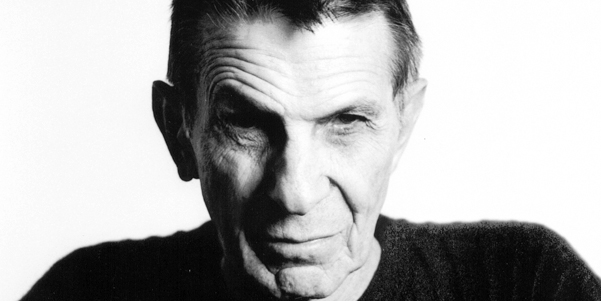 There’s not much to say, really. As Editor-in-Chief of this site, I have a few things to say, but I’ll save them for the end. For now, let me at least provide some level of preface.

After hearing about the passing of Leonard Nimoy, one of the world’s, nay, the universe’s greatest cultural icons, I immediately decided we should give him a tribute. My contributors and other colleagues needed time to make sure their farewells were befitting of such a man, such a being. And so, I gave them the nights they needed. Now, as I write this, it is almost 11:30 PM. I won’t delay it any longer. Here is Sci-Fi Bloggers‘ big goodbye to Mr. Spock himself, Leonard Nimoy.

COLLIN PEARMAN (AUTHOR OF A TIMELESS ABANDON): “The world is never going to forget Mr. Nimoy. Never. Before it was cool to be nerdy, Leonard was nerdy-cool. He embodied multi-culturalism in such a fleshed-out way through the character of Spock, and helped so many people think about real-life social issues. And he did everything. Music, acting, directing; a true artist. He has been, and always shall be, remembered.”

CARLY FJELD (NEWS CONTRIBUTOR): “Among many other things, one particular trait that I find so impressive about Mr. Nimoy is that he never shied away from Spock. Now I’m not an actor, so I can’t say for sure, but it seems as if it would be very easy to resent an early role that defined your career. Not Mr. Nimoy. Three short years of a television show changed his life and the world of science fiction forever. One character has lasted decades as a part of the cultural zeitgeist and it speaks volumes about Leonard Nimoy’s ability to make a half alien character feel like home. Thanks for attending the conventions, shaking hands, taking photos, and never refusing to extend a Vulcan salute.”

BRANDON SCOTT (REVIEWER & AUTHOR): “I do not know much about Leonard Nimoy. I was never the biggest Star Trek fan, nor have I paid much attention to his personal life. But I do know this: there is not a nerd on this earth who has not heard of Spock. It is not an overstatement to say that the original Star Trek series changed the science fiction landscape forever. And though he might be gone, I think as long as people look up at the stars and dream of their exploration, he will be remembered.”

J.W. ALLEN (OP-ED CONTRIBUTOR): “Sadly, Leonard Nimoy did not manage to initiate a mind meld with a close friend (or sparring partner) this time round. I’ve been asked by many people how I feel about this great actor and filmmaker dying. The honest truth is I don’t know. I grew up watching Star Trek re-runs in the 80s and Spock was one of the first characters on TV I remember truly engaging with. For Leonard Nimoy, it was the character that would stay with him literally until the day he died. From what I read on his career, at times he resented the association and wanted to distance himself from Spock. Later on, he came to realise that it wasn’t going to happen, and that it was quite a compliment.

“So, like Spock was once asked by his mother, how do I feel? Spock didn’t understand the question and neither do I. I didn’t know Leonard Nimoy. I admired his work and I admired and cherished the character of Spock. I’ve read hundreds of tributes from heartbroken Star Trek fans but they all focus on Spock. What of Nimoy? What of his relatives and how they feel? I could close with a cheesy ‘Live Long, and Prosper’, but I don’t think it’s appropriate. I feel sad that Leonard Nimoy has died, and my thoughts are with his family at this time. It is hard losing someone close to you, and I can imagine it’s even harder with such a precise media focus on that loss. My only consolation to them is that there are millions of people worldwide that have been affected positively by his work. I hope they find comfort in that kind of tribute.”

DYLAN ALEXANDER (EDITOR AND AUTHOR): It’s interesting, I had a very specific approach I was going to give to this, but after reaing J.W. Allen’s work above, I think I’ve changed my mind. I’m going to do this a bit differently.

Here, take a look at this: 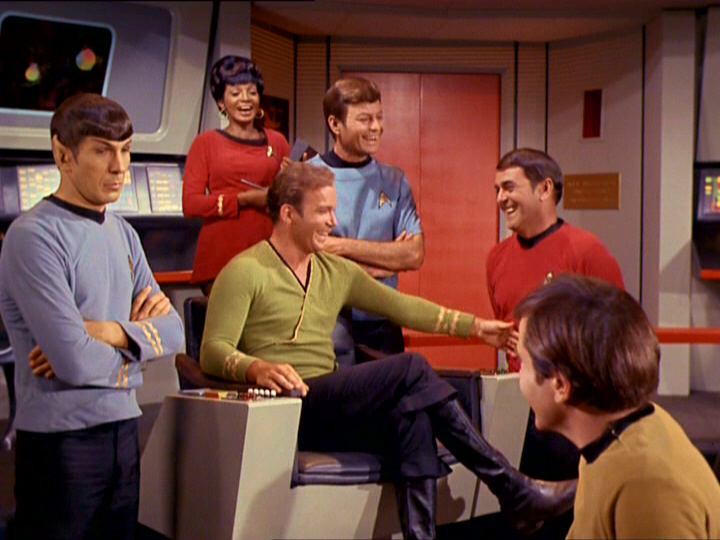 Something about this picture really gets to me, and I’m pretty sure you’ve already noticed it. Look at his face, his eyes. I realize he’s basically playing pretend for money, but it means more than that. Yes, the cultural impact was beyond significant, I’m talking about something on a more personal level. If you look at Nimoy, there’s a certain quality about him. No matter what he does, even if it’s something silly, there’s a force behind it that’s hard to describe.

I was going to say “dedication,” and I still think that is, to an extent, fitting, but I think “commitment” is the right word. Leonard Nimoy was a committed man. As an actor, he fully embraced his role, embodied it, and created an incredible effect with it. As a photographer, he pushed boundaries and did the unexpected just because he felt like it. As a director, he brought tales to life in an honest manner, full of love and passion. As a writer, he was, while satirical, again, truthful with each word he put to the page. As a musician and singer, he created a sense of awe and beauty that, despite what some might think, I love. Just listen to this.

In all of the above cases, you can really see Loenard Nimoy’s commitment to his work. He gives it his ALL.

If you don’t agree, just watch this video:

Leonard Nimoy wasn’t just an actor, he was an artist. I think the fact that such was, nay, is the case is enough of an acknowledgement for me. Since the way I had originally intended to end this would appear oddly self-defeating, I shall simply say…