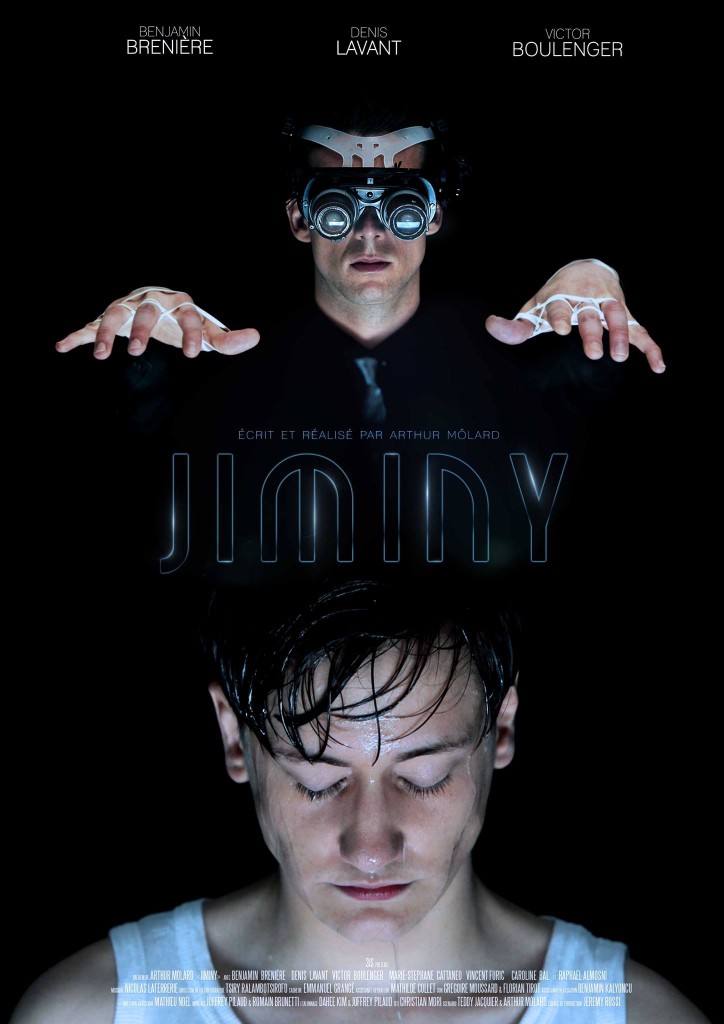 I understand that the above title may come across as slightly disingenuous since the picture in reference (to clarify, Jiminy) does contain some visual effects. However, an undeniable fact still stands: some of the greatest stories ever told have been tales not of the clash of massive starships amidst the black vacuum of space, nor colossal transforming robots engaged in interchanges of single combat and all out war, rather they have often been explorations of people and who they are, what they are, why they are and how they are, etc. For art is an examination as well as a celebration of the human condition, and there are few better examples of this being the case (perhaps more in the direction of the former) in the world of short films than Jiminy.

Coming out out of the French technical film school 3iS, Jiminy is indicative of the new, or rather resurging, style of science fiction storytelling that features character, plot and themes above spectacle in importance. We have seen works such as Ex Machina, Transcendence and arguably Her, and even video games like Beyond: Two Souls, Life is Strange and Star Wars: The Old Republic, take this approach in recent years. It seems only fitting that the French, who practically invented visual storytelling (specifically involving movement), would bring us yet another gem in this new sub-genre.

And boy is it a gem. 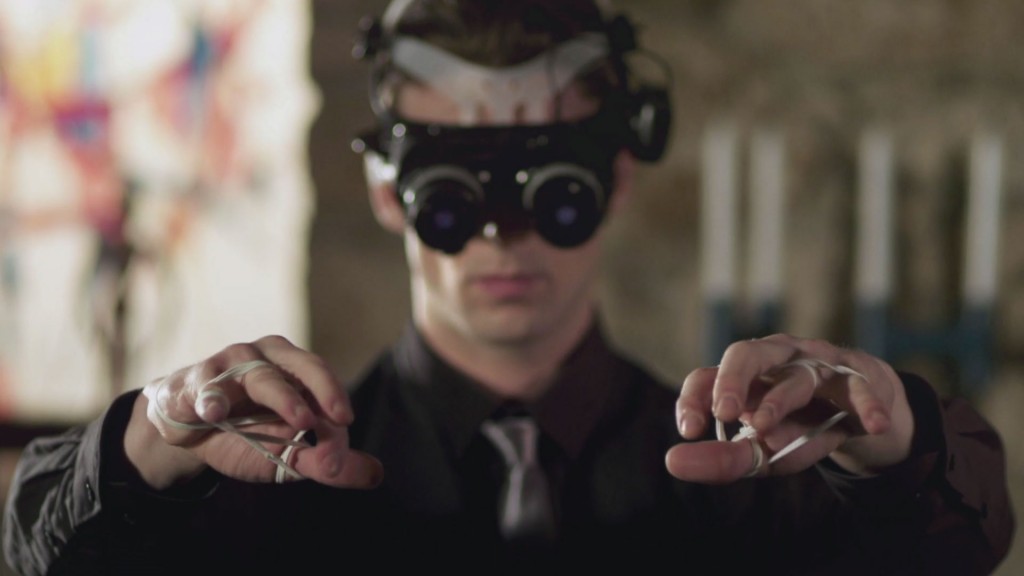 Directed by talented newcomer Arthur Môlard (a man I almost dare to call a “visionary” in filmmaking), Jiminy takes place in a world wherein every action one takes has the ability to be governed by robotic entities known as “crickets” (hence the title). With a simple vocalization of the command, “automatic,” one can operate throughout their day without a single thought, purely based on an “autopilot” function. Creepy stuff. It only gets worse from here (and I mean that in the best way).

In it, Benjamin Brenière (who does an excellent job, along with the entire rest of the cast) plays Nathanaël, an authority figure with the ability to take control of and examine the crickets of others. He himself, like the rest of the world, possesses his own machine. When he encounters a unique case involving an autistic child whose cricket isn’t operating properly, Nathanaël embarks on a dark journey into the human psyche that, quite frankly, he may end up regretting by the end.

It’s a short film, about twenty minutes in length, so I don’t want to give too much away. However, I’ll say this: I was deeply disturbed and unsettled by it. But I must emphasize that these are compliments, the same sort of compliments I would give to Alex Garland for his work on Ex Machina. Môlard and his director of photography (of whom I do not know the name) do a fantastic job through camerawork alone at building a sense of mundane eeriness à la The Matrix. The whole world feels as though it’s crawling near the edge of death but dances just beyond the precipice, struggling to maintain its own humanity. Lighting and angles are utilized to really showcase that sort of atmosphere, which is complemented by the script, co-written by Môlard and fellow writer Teddy Jacquier. The monotone, robotic nature of the film’s dialogue gives that same sense of a precarious balancing act, a dip back and forth between a fight to be human and an unrelenting descent towards matter and materialism and science. It’s not that it sounds unnatural, by the way, more that it sounds unstable. It’s trying to be one thing but can’t help but be another, and it’s definitely intentional as this theme of indecision is prominent throughout the film. I won’t ruin it for those who haven’t seen it (you really should and I’ll leave a link below so you can), but there is an unnerving “twist” revolving around that very concept.

Lies are also an integral aspect of Jiminy, not so much in the classic sense of asking, “What is real, what is machine?” That is expected, of course, but not the point in Jiminy‘s case. Here, we see yet another dichotomy between what should be true and what shouldn’t. We are asked (and in some ways told) what a lie can do to a person and whether we should use them at the risk of backfiring. We are asked what the truth can do for the very same reason. It’s a fascinating duel.

Duels, they drive this film into extraordinary territory. 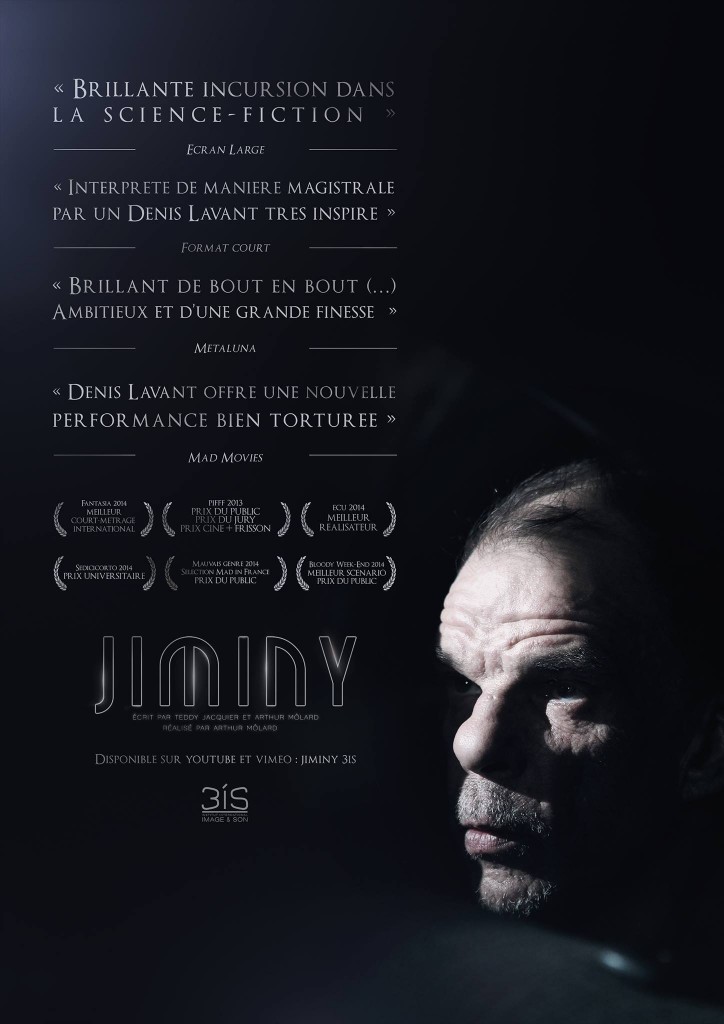 Overall, Jiminy is a film you all really need to check out, for the above reasons and more. If you’d like to get a look at it, it’s been featured on Short of the Week, where many great works of art can be viewed for free every day. Click here to see it. Other than that, I don’t have much else to say. I kind of feel like taking a shower after watching that. I’ve been feeling the back of my head lately as well. Maybe these guys are onto something?

I certainly hope not. The vision of the future provided by Jiminy is dark, tasteful, but dark. I’d hate to live in a world like that, where everything just runs…