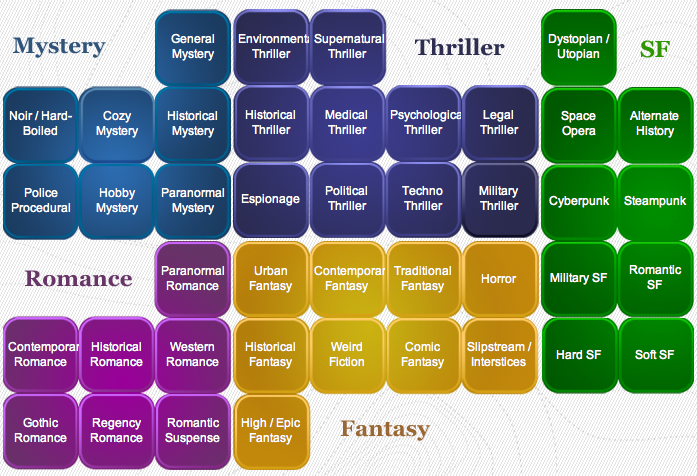 Is genre writing, particularly science fiction and fantasy literature?  Recently it has become a topic of hot debate among the creative writing big wigs.  One side believes that no, fantasy and science fiction are not literature, period.  The other side thinks that they can be.

What is literature?  Literature is defined as: “writings in which expression and form, in connection with ideas of permanent and universal interest, are characteristic or essential features, as poetry, novels, history, biography, and essays.”

It is also defined as: “written material such as poetry, novels, essays, etc, esp works of imagination characterized by excellence of style and expression and by themes of general or enduring interest.”

So let’s break those down.  Together they are saying that in order for something to be literature it must be a work of writing that features some form of universal or transcendental interest as a major part of the story.  Also it must have an “excellence of style”.

Does this definition completely rule out all fantasy and science fiction?  Does this prevent a solid barrier that those genre writers can never breach?  Certainly not.  What of Robert A. Heinlein’s Starship Troopers?  Most of this book deals, not with fighting an alien threat, but with the ever important, controversial ideas of the role of the state, military service, the individual’s duties to the state, warfare, nuclear weapons testing, and more, which I would certainly consider universal interests.  This is even more evident due to the controversial nature of the book and the incredibly strong reaction it drew from many of its readers.The argument against these genres being literature stems, not from the definition of literature, but from personal opinions, mostly revolving around several points.

First is the point that literature is told through characters while science fiction and fantasy tales are based on concept.  The problem with this argument is that every good story has to have both.  The classic Moby Dick’s protagonist/narrator is a wonderfully made character, and he tells the story well, but even this piece of literature has the concept of the destructive white whale that does not behave as normal whales do.  Fantasy and Science Fiction pieces can have believable and fascinating characters.  I spoke with Nicolas Read, the author of the immensely popular science fiction novel Endworlds.  I asked him about his writing process and tips for writers.  He said, “It’s important to start with more than a story, but a journey of characters.”

The second point of contention is that literature has to be applicable to our daily lives.  Literature is something that can teach a lesson or change a viewpoint.  What of Philip K. Dick’s Do Androids Dream of Electric Sheep?  It was the forefather of modern science fiction and deals with the idea of machines becoming so realistic that you cannot tell them apart from their real life counterparts.  How those robots and machines can turn against their masters.  Many people have strong feelings about this subject.  It is easy to see how important this issue is when you simply look at the sheer number and popularity of movies and books written about this subject since the book was published.  As for teaching lessons, there are many fantasy books that have affected how I live.  Rand from Robert Jordan’s The Wheel of Time taught me that I being cold and callous led to nothing but pain, that I had to be kind and appreciate those around me in order to live a fulfilling life.  Kelsier from Brandon Sanderson’s Mistborn taught me to give my all towards what I feel strongly about, and that I cannot wait from someone else to do something.  If I want it done, I must be the one to do it.  There are more, and there will be more as I continue to read great works of fiction and science fiction.

With many people that I have talked to, I have found a simple-minded rejection of science fiction and fantasy as literature, with little reasoning behind it.  I believe that any work of writing can be literature.  Of course, not everything is literature, which is what makes it somewhat of an honor for a piece to be termed as such.  For instance, just because something is popular does not mean it is literature.  Stephanie Meyer’s Twilight will never be considered literature.  (I have read it) It is not a bad work of fiction, but the plot is lacking and the characters are a bit two-dimensional.  That is why Twilight is not literature, not because it contains vampires.  Look at Bram Stoker’s classic Dracula.