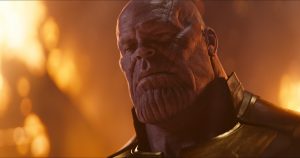 Spoiling Infinity War for someone who has yet to see it is a nerd crime of the highest degree. So, with that in mind, flee if you have not seen the movie. A lot of work went into making sure the twist was unknown, and it’s kind of a big cultural deal—so, yeah, go into it fresh.

Now, for everyone who has seen it, I will make a declaration.

Everything up to this point has gotten close, but never quite hit the right level.

Allow me to explain before you use the Power Stone on me or turn me into paper with the Reality Stone.

Avengers 1 got close to being a true comic book movie. Those characters meeting changed the real world along with the cinematic world. But Infinity War did the one thing no other Marvel movie could do: it turned into chaos.

An appeal of comic books is how the universe intersects in a collection of references and crossovers. Comic book universes work like Star Trek or Doctor Who: they have such a deep lore that part of the enjoyment is simply a mastery of it. The in-depth discussions spawned with fellow fans is part of the fun.

And, while I like a good origin story as much as the next guy, and the standard cameos in Marvel movies were always entertaining, they never quite did it on the scale that’s truly possible.

But now, we are at Universe levels of storytelling. 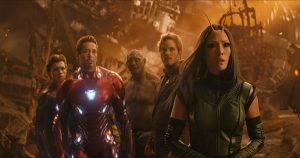 Infinity War Goes Further Than Marvel Ever Has

We have so many heroes it’s dizzying. You need to have seen almost everything to even get what’s happening.

And that’s comic books to a tee.

But it goes further with Infinity War. One of the biggest aspects of comics is the rapid and jarring shifts of status quo. Most comic characters are a little basic in their core design—and that’s not a bad thing. They are moldable; you can take them in many directions. I know it’s blasphemy to invoke D.C. comics in a Marvel discussion, but how many different types of stories have you seen Batman in, for instance?

But I don’t just mean characters changing by getting mechanical eyes, new weapons, new suits, and shifts in their powers. That’s cosmetic. I also mean relationships forming with new characters from other comics as a change, and this is the crux of my argument: I mean characters dying.

It is a joke repeated to the point of being annoying that comic book characters die and come back, and die again, ALL THE TIME.

Yes, it was devastating to see Spiderman freak out as his molecules dissolved, and Groot’s death is especially depressing when you find out what was on his script (“Dad?”), but comic book characters dying is a normal thing. I got it spoiled that Spiderman was going down this movie, and it worried me until I saw him die with half the cast. 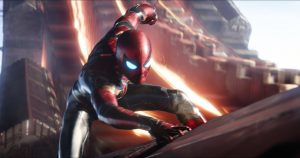 The Marvel movies have been trying, somewhat, to have a sense of “realism” to its world. A lot of pseudoscience and hand-waving to make it not seem too much a fantastical dream of people wearing tight clothing and wielding god-like powers.

But, now there’s magic, and reality warping stones and A.I.’s that can phase through walls. Wakanda is a hidden city existing in modern day with a massive storage of space metal.

Vision comes back to life, in this movie, and then dies again.

Infinity War let the cat out of the bag, the true soap opera nature of comic books has been unleashed, and there is no going back.

The next phase, by necessity, will be wild. The shackles thrown off; there is no pretense anymore. An abstract explosion of color and sound and more superheroes than you’d think any world could realistically handle, all dying, getting married, having superpowered kids, and making deals, fighting, and talking with gods, demons, and personified versions of universal concepts is coming down that pipeline.

Nothing is off the table anymore.

It’s the joy of comic books’ history finally presented, in its full potential, on a theater screen.

And not even someone wielding the Infinity Gauntlet can stop it now. 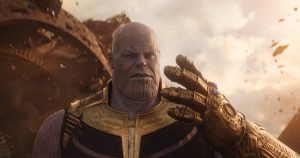