The Marvel event of the year finally hit screens this week and everyone is scrambling to see the Cap on Iron Man action. So did the big names deliver?

The thing I was most impressed with is the presentation of where Steve Rogers and Tony Stark were at the time. The first scene involving Stark is a haunting, emotional memory and indicates that he’s in a bit of a darker place. He’s then confronted by a grieving mother who blames Stark for the death of her son in Sokovia and he slumps even more. Steve is lost in the chaos of wanting to do the right thing, worrying about his tormented best friend turned brain-washed assassin Bucky Barnes and dealing with the consequences of Hydra’s hold on Shield. After an unfortunate accident in the African city of Lagos, The Avengers are told that the United Nations is prepared to sign the Sokovia Accord, which allows them to regulate the actions of the group.

Before the film’s release it didn’t make sense to me why billionaire, sarcastic playboy Stark would go along with being under someone’s thumb or why the most law-abiding citizen Rogers would be against it, but the plot got to it right away and in a way that satisfied the critic in me.

This leads us to the clash of the titans. Steve is following Bucky’s lead to apprehend Helmut Zemo, who they believe is after a group of Winter Soldiers just like Bucky. Steve recruits the Scarlet Witch, Hawkeye, Falcon and the ever delightful Ant-Man to get past Stark and his new crew comprising of Black Widow, Black Panther, War Machine, Vision and Spiderman. The battle is pretty epic and watching them duke it out on screen was worth the year of hype leading up to the film. It’s chaos, but it’s delightfully Marvel chaos. 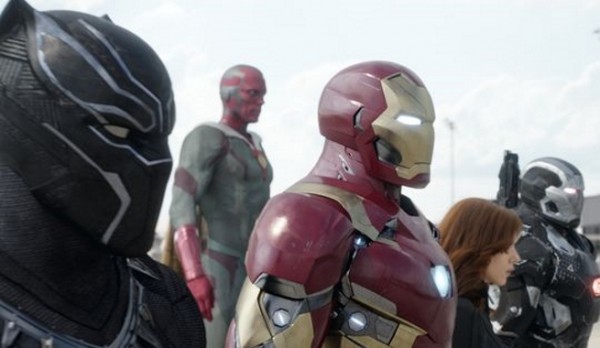 As for the introduction of new actors, I was also impressed. Chadwick Boseman is so good as T’Challa/Black Panther. His time in the film is limited but his brief back story and character realization towards the end of the film is done well. I am very much looking forward to his Ryan Cooler directed stand-alone film in 2018.

So let’s get right to it… I wasn’t really excited about Spider-Man. I know, I know. It’s just that Peter Parker has been played out in my eyes. Sure, I was eager to see his interactions with Stark but I wasn’t sure how much screen time he would get or if I would even like this new, young actor. The thing is, though, that Tom Holland crushes the role. I am super into Spider-Boy even if his story took up, arguably, too much time in the film. 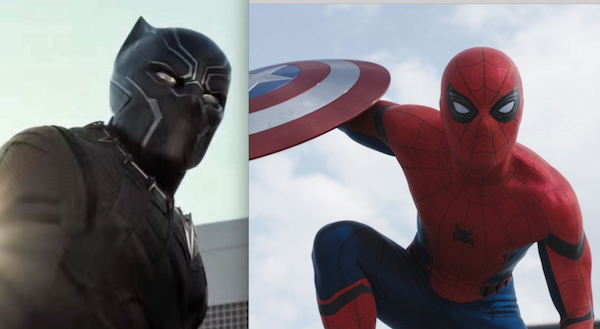 Just when you think it’s all over and you’ve figured it out the writer’s throw you a twist followed by another soul-crushing twist. It’s the ending where the bad guy wins in a way you didn’t see coming and there’s no Avengers huddled around a table eating shawarma. In the MCU there are plenty of things to look forward to, but there are devastating breaks that seek to be mended and I’m not sure what that means for the future.