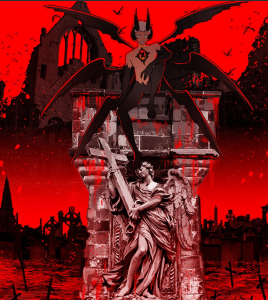 I’m The Grim Reaper Is Something Very Different

Reviewing I’m the Grim Reaper is a novelty. To my knowledge, this is the first time we’ve covered a Webtoon on Scifibloggers. For the uninitiated, it’s an application and website where you can read digital comics. Most of these comics are rather long, often ongoing to this day, and created to be binge-read. The most famous of these is Lore Olympus, but today, since it’s around Halloween, we will be covering the more horror focused I’m the Grim Reaper.

And to start, I must commend the creator for dreaming up such a bold premise. Grim Reaper may have some cliché trappings, but the main idea is that a woman becomes a Grim Reaper rather than be punished in Hell. She now must kill one sinner a day (they are marked with red Xs) or go right back to Hell. 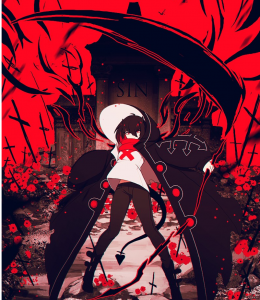 Morality Is At The Absolute Heart of This Story

Almost immediately, what it means to sin becomes a plot point. The comic is smart enough regarding this to be fascinating, especially when exploring the rules of Hell. In fact, it’s oddly more like The Good Place than expected—and that’s a big compliment.

But, unlike that show, Grim Reaper is very dark, gritty, and violent. The artwork is routinely stunning—expertly using the downward flow of phone-scrolling to amazing effect—but often uses it to depict leering awful people and gristly murders. It does not shy away from the worst of humanity, and though shows little on panel, it touches on plenty of topics that might disturb the average reader. So… just be warned.

But what of the characters? Well, there’s an amnesia plot sitting in the middle of the interactions like an annoying stone, but it manages to surpass that cliché without freeing itself of it. The characters are just so darn compelling. The dialog can be clunky, yet there’s this comfort that the author has with her characters that comes across and plants its flag in the reader. 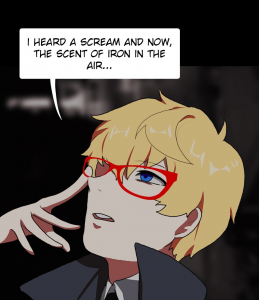 I’m The Grim Reaper Succeeds With Its Characters

Like, when Scarlet (The Reaper) grins, it feels like watching a friend act mischievous. When Chase (her likely eventual love interest/sidekick of sorts) does his best Sherlock impression, it’s kind of endearing. Even the Devil, as a snarky, omnipotent, immature being who treats each new torture he inflicts as almost an art project, is fun in a way that a different author might be too self-serious to attempt.

There’s just good structure underpinning it all. I read chapter after chapter, riding the storytelling and the interactions. I’ll likely read another twenty chapters within the week. I cannot speak for the rest of Webtoon’s content, but I hope that helps convince you that I’m the Grim Reaper is well worth the space on your phone. 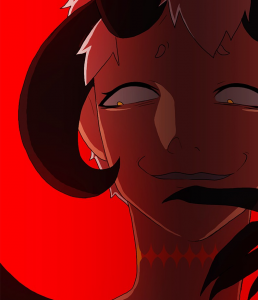