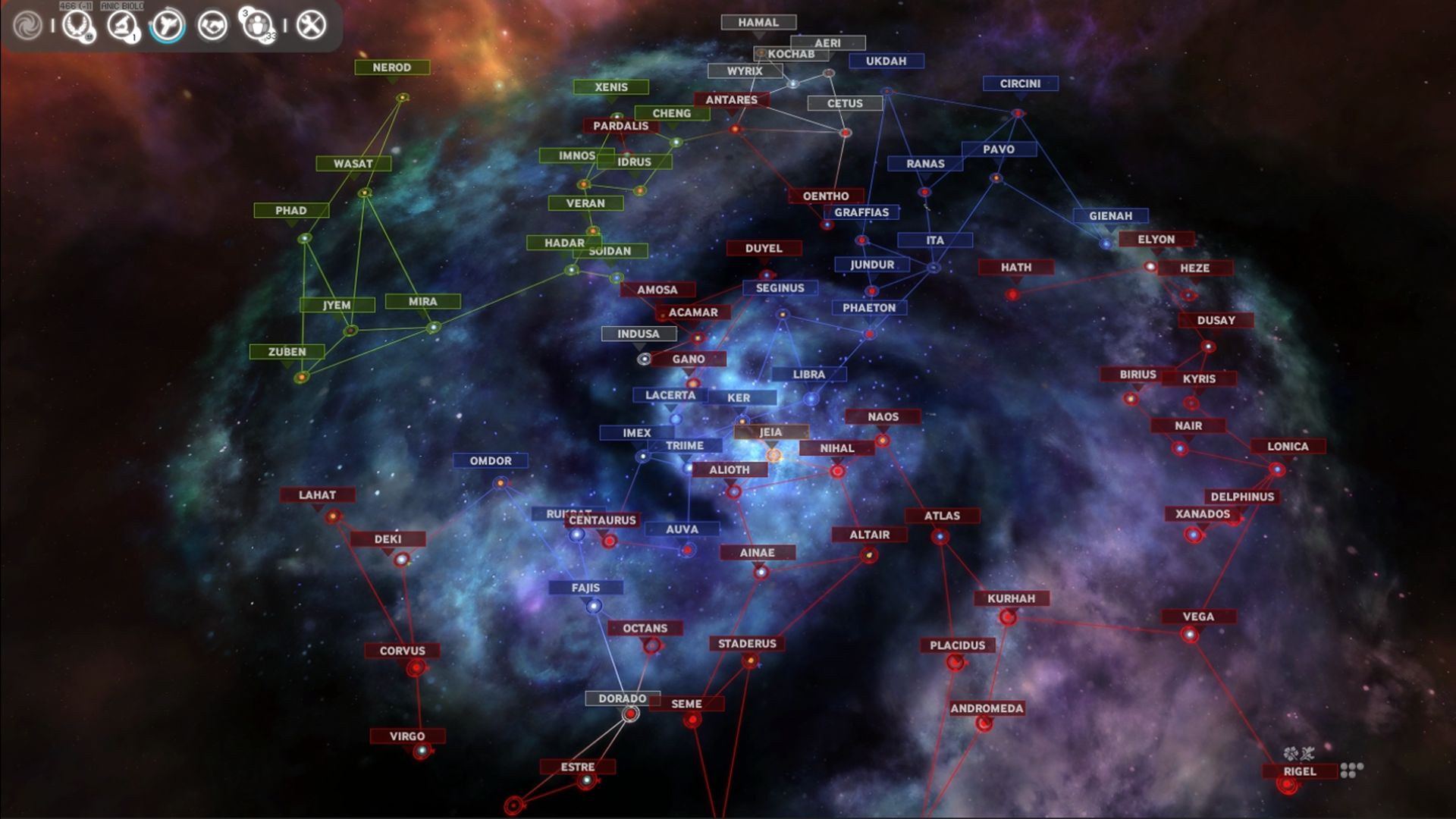 Endless Space was released in mid 2o12.  It is a turn based strategy game about space adventure and combat.  It presents a kind of civilization aspect in that there are many different ways to win.  Some of them are: expansion, diplomatic, supremacy, economic, and scientific.  It is a very long game.  With the standard game pacing, (it can be sped up or slowed down) then a single game can take around 24 hours depending on how the player acts.

Endless Space has many playable races, including the ability to create your own custom class.  With lots of different abilities to choose from, this leads to a lot of options and the ability to perfect your own unique play style.  Most of the gameplay revolves around managing your economy and fleets.  You have a resource called dust, which is used for pretty much everything.   Improvements that you build on systems you control cost dust to maintain, as do ships you build.  Taxes bring in dust at the cost of happiness, called approval.  Approval is very important.  If people are ecstatic they will work harder.  There are significant drops in FIDS (Food, Industry, Dust, Science) production if approval is lowered.

As you research things, you will unlock more powerful ship hulls, increasing your combat capabilities.  It is possible to annihilate an opponent early on if you can build ships strong enough to smash whatever they send at you.  The computer especially has a very hard time against this tactic.

So, how do you manage to survive?  First, it’s a good idea to expand as quickly as possible.  The map is randomly generated so you’re going to have to hope there are some decent systems around you.  Systems that have easily colonized planets that don’t really hurt approval are good choices.  Approval is very important, because low approval causes massive drops to FIDS.  Without enough FIDS, you will quickly fall behind the computer, much less other players.  You’re going to want to balance your research so that you’re always getting what will benefit you the most.

Increasing your research and production capabilities is incredibly important early on.  These upgrades are found on the right research tree.  N-Way Fusion Plants is the best first research project.  It will allow you to build High-Isotope Refineries which will do wonders for production.  It will also grant access to Titanium 70, a material necessary for early game missiles and cruisers.

Researching the bottom tree is also important, as it will allow you to colonize more types of planets.  Researching either the ability to colonize arid or tundra planets is a good second research project.  If you research enough of this tree, and unlock the cruiser hull, (it is the second one you can unlock and is bigger than any of the previous hulls unlocked) you can avoid much military research.  Just by researching the first level of missiles, you can outfit them with high missile strength for the early game, lots of armor, and a repair kit.  This way they will be virtually indestructible.  Smaller enemy ships won’t have enough firepower to bring them down.

The top tree is for military research.  It is only as important as your enemies are strong.  If enemy ships start giving your ships a run for their money then it’s time to up your tech.  Pay attention to the four branches present in this tree, because you can skip parts of it.  For example, you can skip early game flak and kinetics, and research missile and armor until you get to Mobile Gauss Platforms, skipping four research tasks.

If you’re able to expand enough early on, then you will be generating enough FIDS to stand up to other factions.  From this point it all comes down to your play style.  If you want to be peaceful, then that will require different builds and research than if you want to destroy your enemies.  As long as you keep approval high and watch your enemy ship designs closely, you should be able to counter them, and have the resources to do so.