Back in 2007-2008, Digital 3D technology entered cinemas on a mass scale for the first time.  Whilst previous experiments in 3D in the 80s and 50s were fads, this current round seems to be sticking around.  A trip down to the local multiplex has at least 3 films available in 3D on any given day.  Yet it is interesting to note that there are still many films being made in the traditional 2D format.  It’s mainly the latest Hollywood blockbusters and special effects extravaganzas that are pushing the 3D format in a big way.  Greedy studios and cinema chains use it as an opportunity to raise the ticket price as they claim it “adds an extra element” to the film.  Personally, I think that’s a load of rubbish. 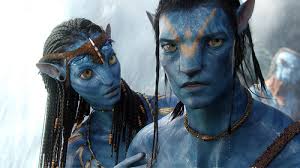 Why 3D Is Unnecessary

Firstly, I have to hold my hand up and admit that I am biased against 3D technology in the cinemas mostly because I can’t enjoy it.   I am blind in one eye and, as such, the 3D glasses simply make a 3D film look like an ordinary 2D film.  You need two eyes to enjoy the current round of 3D.   Things like Oculus Rift and Project Morpheus will perhaps render my complaints invalid in the future, but for now 3D means nothing to me.  However, the fact that I can’t see it, has given me a great opportunity to do what many people forget to do when they watch a 3D film; judge the film on the story and character. 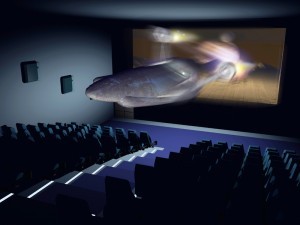 How I enjoy a 3D film with one eye is pretty simple: it looks like an ordinary movie so I judge it as an ordinary movie.  Gravity is the best example I can think of where 3D overtook the story.  Watch it in 3D and I am told it is one of the most exciting examples of feeling like you’re in space.  Take the 3D away however and you realize that it has poorly written dialogue, a basic disaster story, clichéd characters and unbelievable plotting.  If that film hadn’t been shot in 3D, it would have sunk without a trace at the box office.

Avatar is another example of 3D overtaking the story.  I fell asleep after 30 minutes of watching it in the cinema.  Whilst the world of Pandora was pretty and colorful and the special effects impressive, the main character was boring (and couldn’t act), the story dull and uninteresting (FernGully in space mixed with Pocahontas) and the running time far too long.

There are good examples of 3D, I’m told. The LEGO Movie was well done, and How to Train Your Dragon 1&2 looked good.  However, the thing about those movies is that they were enjoyable without the 3D.  3D was an optional extra which may have added a bit of zing in the cinema, but is essentially unnecessary.  I am gratified to learn that many film makers don’t use it and couldn’t care less.  Christopher Nolan won’t touch 3D with a barge pole even though he loves the IMAX format (IMAX is different than 3D) and his tent-pole movies stand up to scrutiny without it.

The Future of 3D

I’ve got nothing against 3D technology as it obviously works well when used correctly.  What I do have problems with are lazy studios and film makers relying on technology to cover up the flaws in their movies.  Remember the story you want to tell and you can’t go wrong.  Favor the technology over the story, and you lose every time.

If you enjoyed Allen’s opinions on 3D, WHICH I TOTALLY AGREE WITH, you can find more of his work right HERE on Sci-Fi Bloggers. You may also visit his website by clicking HERE or follow him on Twitter @TheOnlyJohnnyA.