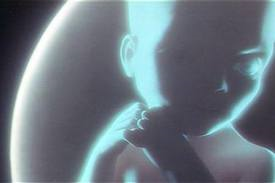 The following piece was written by Ryan Hansen and sent in to us for consideration. Here at Sci-Fi Bloggers, we like showcasing a variety of different opinions. Ryan’s is one of many, and though some may disagree, others will not. This is part of the beauty of humanity: the ways in which we are different, the ways in which we are the same, the things we can choose to learn from one another, the things we can choose not to learn. Whether you agree with Ryan’s position or not, know that it is, again, one of many. With that said, please enjoy the work of our passionate guest writer.

(NOTE: The following is an opinion editorial. It does not necessarily reflect the views of Sci-Fi Bloggers or its writing staff.)

During a wintery January night in my apartment, while attending college years ago, I was channel surfing, and found 2001: A Space Odyssey. I watched in hypnotized awe at the spectacular cinematography. Later on, I was shocked to learn the movie was made in 1968, and not during the late 80s as I originally supposed. There were many profound moments in the film that inspired me, influenced my imagination, and expanded my love for sci-fi.

One such moment was the scene called “The Birth of the Star Child” toward the end of the film. With such scenes, the film’s director, Stanley Kubrick, left great freedom for the audience’s interpretation. Within a womb, came an explosion of life and rapid development of a human embryo, nourished by an umbilical cord, heart beating, and fingers moving. It was an amazing spectacle.

I had never seen an ultrasound before, but with Space Odyssey’s creative look at birth, I could imagine what conception might look like. We can’t yet see the miracle of conception with our eyes, but we can wonder at this amazing event inside a mother’s womb.

Coincidently, after I graduated college and started a new job, I was outside my office one day, and saw a group along the highway holding posters of aborted human fetuses. These images were similar to the human fetus I had seen in Space Odyssey, except these babies were bloodied and mangled. It made me sick. The awe and wonder from Space Odyssey was defaced by these graphic images. It was then I realized the truly horrific reality of abortion, and that’s when I became pro-life.

There can be so much anxiety about an unplanned pregnancy, all the financial hardships, pressure from others, but instead of worrying about the future, why not look at a sonogram instead, or that scene in Space Odyssey and contemplate the amazing wonder and gift of the life growing inside.

Life is profound. It is meant to be beyond our control at times. There is a population of saline abortion survivors dubbed by abortion workers as “candy-apple babies” for their burned outer layers of skin. They live among us under the shadows of rejection. I have heard one such woman speak. She is amazing and not unwanted anymore.

If you’re pro-choice, seek the truth. Google stories about the atrocities of the abortionist Doctor Kermit Gosnell, or the amazing pro-life rescue ministry by a Korean Pastor’s Baby Box.

I enjoy sci-fi because of the profound wonder it stirs within my soul at all the amazing possibilities. Let that child in the womb do the same, not inciting negative thoughts of a future full of fear, but one with amazing possibilities. Enter the unknown with your child and let that amazing and profound life become all it is meant to be.

Just as an artist’s masterpiece was born from an inspiration, every parent’s child, their living masterpiece, began at the moment of conception. Artists can find their dignity, meaning, and purpose from their artwork. Parents can find the same in nourishing and loving their child.

How many poor Michelangelos out there gave birth to magnificent Renaissance-like masterpieces over the centuries and still died penniless? Is your child not the masterpiece for the benefit of us all as well?