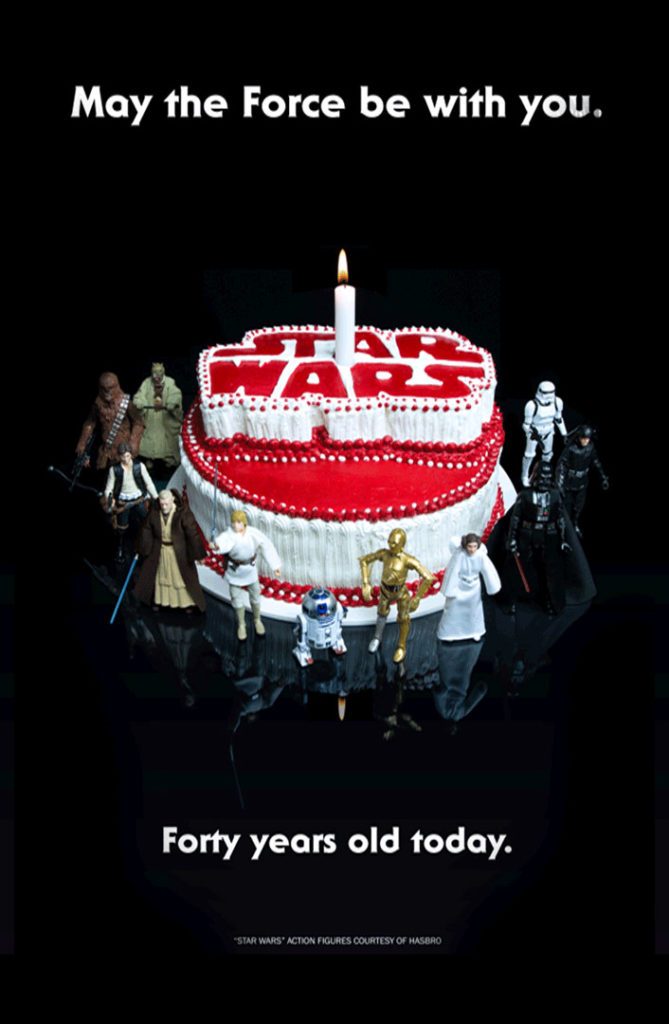 Today is the 40th birthday of Star Wars. More specifically, it’s the 40th anniversary of the debut of Episode IV, Star Wars, or, as it was later named, Star Wars: A New Hope.

I remember being there on that hot summer day. (Don’t let anyone tell you that little kids don’t remember things. They do.) And I wrote about that experience in our tribute to our favorite sci-fi princess, Leia.

I could write more about how awesome it is to celebrate this amazing franchise that means so much to us fans and has so dramatically changed film making and our creative landscape. But I think one of my favorite podcasters, Ted of the State of the Old Republic Podcast did it better in his homage to Star Wars. You can catch his tribute cast on his website here, or on iTunes, Stitcher or Google Play. Note that he also covers the game Star Wars: The Old Republic (SWTOR) so the homage begins later at around 20:30.

We’ve also pulled together a little round up of some tribute videos below. Enjoy, and may the Force serve you well. 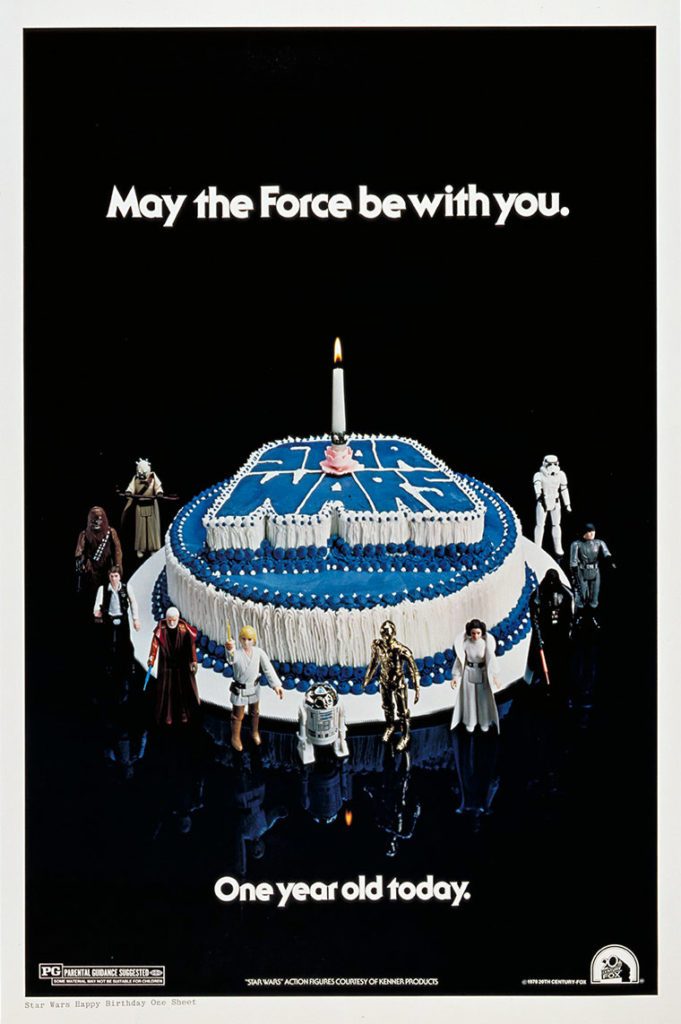 And finally, a fan tribute with some outtakes and behind the scenes.