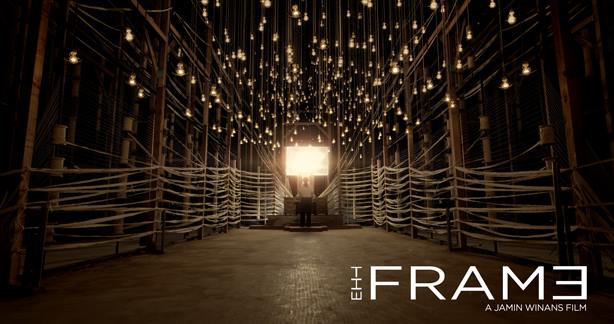 While normally something like this would be saved for a Sunday Surprise, Ms. Clingman’s review of The Frame was far too timely for me to hold onto it until later. And so, here it is, our first Guest Review by reader-turned-associate of the site, Marlo Clingman.

Not only will my review of this film be completely spoiler-free, it will also be painfully vague. As an incorrigible cynic, I would not have bought the premise of this film had I known the general plot walking into it. This is the kind of movie you need to approach without a preconceived notion of what you are about to see. That disclaimer aside, here is my review of The Frame.

To fully experience any film, moviegoers have to put a certain amount of faith in the filmmaker to take them on a cinematic journey. This means that many movies that are based in science fiction slap you across the face with the rules of the universe and the filmmaker expects you to sit there and not ask any questions.

Director Jamin Winans does not take the trust of his audience for granted. Winans spends the first 30 minutes of the film earning our trust and easing us into this world he has created. At the same time, the film’s protagonists experience doubt and skepticism that mirrors our own reservations. Winans denies us the luxury of dramatic irony and instead allows a natural bond to forge between the audience and the characters as we both strive to work out what in the world in going on.

This script is imaginative and thrilling, but often cuts the tension with a healthy dose of self-reflexive humor. I was also impressed with the restraint exercised by the leads, David Carranza and Tiffany Mualem, in the face of such a convoluted concept.

If I had to find one criticism, it would be the laborious denouement. Even that is arguably justified in the grand scheme of the film as a journey we take with the protagonists. Admittedly, things get a little weird, but I was totally on board by that point in the film so I didn’t particularly care. The film explores the power of perspective and how anyone’s reality can appear as melodrama when viewed through the right lens.

I can go on about how truthful the performances were and how delicate the direction was, but frankly this film speaks for itself. It’s intelligent in its simplicity and somehow manages to be completely unpretentious. I give The Frame my full recommendation.

The Frame is currently available on Amazon and iTunes. Check out the Double Edge Films website or like The Frame on Facebook for more information about the film.