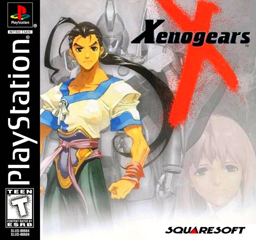 The basic principle in dramas is to start small, then build up with bigger and bigger scenarios. Role-Playing Games (RPGs) are notorious for this: one day the local painter ascends a mountainside to get photographic equipment for his friend’s wedding, the next he’s piloting a giant robot (Gear) to fight the insidious forces attempting to subjugate the world. The late 90s RPG, Xenogears, takes this concept and runs with it as though hell itself were at its heels.

Xenogears’ arc is one of the most ambitious plots I’ve seen in some time. Fei Fong Wong accidently destroys his village trying to defend it from mysterious Gears that show up out of nowhere. Traumatic opening. Then, he saves a girl named Elly from a giant dinosaur. Then he battles a sand-ship pirate who just happens to be the long-lost prince of a desert kingdom. Shakham, the usurper of this kingdom, is actually an agent of Ethos, an organization fronted by unseen masterminds to control and dominate the earth-dwellers. And who are these masterminds? Only Solaris, the invisible airborne nation, whose leaders number among the world’s first humans. Preserved in ancient machinery, they’ve spent thousands of years manipulating humanity in order to use them as spare parts in the recreation of their God. And that’s only in Disc One.

Paired with the elaborate storyline is an equally elaborate combat system. Battles take place both inside and outside of Gears. Each character learns special attacks that enable similar combos in the Gears. Each Gear operates on a fixed amount of Fuel. Each attack costs Fuel, and in a pinch an amount of Fuel can be sacrificed to boost the Gear’s agility, often allowing the Gear to act before the enemy. Furthermore, some battles are pressed back-to-back without life or Fuel restoration. The player must think two or three turns ahead in order to win.

For all its innovations, Xenogears has one or two glaring flaws. The events from Disc Two onward streamline the game on a very linear path. You get a narration from Fei or his love interest Elly, a boss battle starts, you win the battle, then another narration. You have no say where you go, no freedom to explore the world map, no sidequests (optional tasks that have no effect on the story; mainly extra/rare items) until you get to the final dungeon. The only real sidequest is one wherein you go to a place where special Gear equipment is sold. And that’s if you can afford it. The amount of money from Disc Two enemies is abysmal. You’ll be lucky if you can afford any equipment.

Xenogears is a very ambitious game. Perhaps too ambitious. Sometimes it feels as if it’s is trying too hard to describe how far the rabbit hole goes. It can get confusing. But if you stick with it, it’s a very enjoyable game. I mean, it has giant robots. Who doesn’t love giant robots? 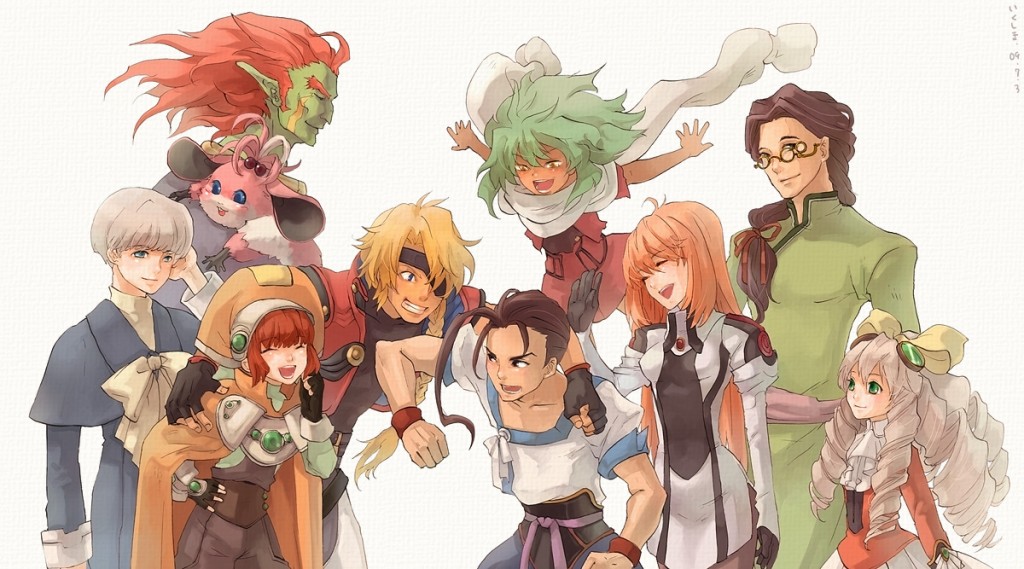 If you enjoyed Michael’s gaming, you can find the rest of his work right HERE on Sci-Fi Bloggers. You may also check out his personal blog over HERE.