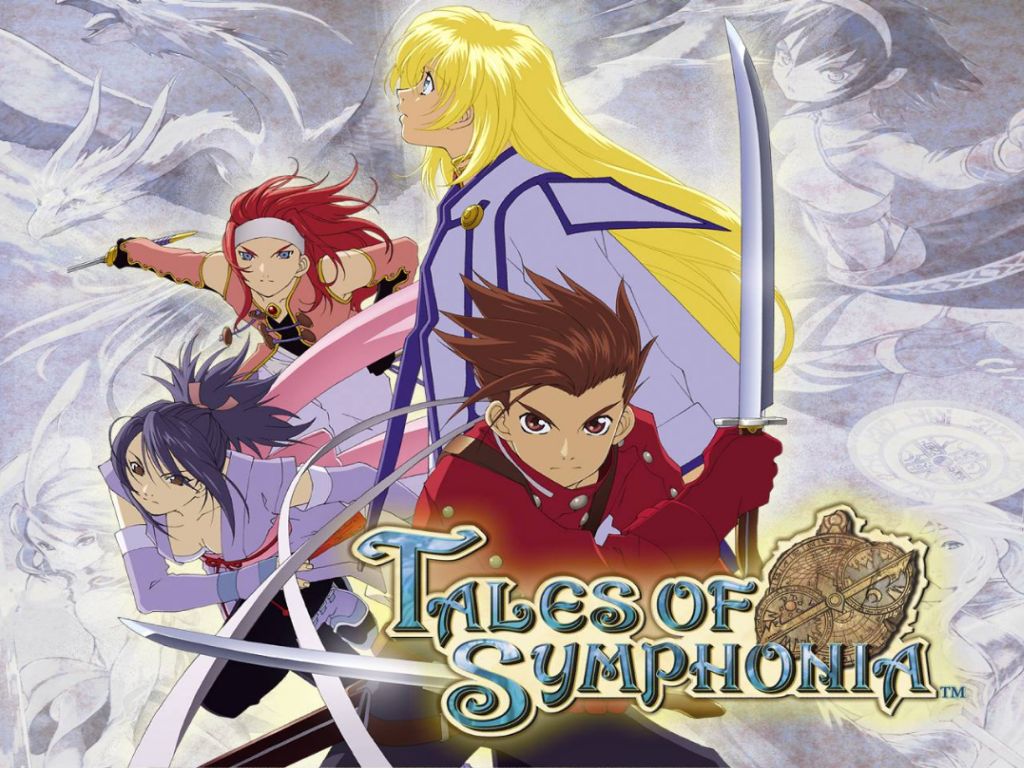 The Tales video games has always been innovative. The first game, Tales of Phantasia, shocked the RPG world by adding mechanics often found in fighting games (special moves are executed via directional presses plus the action button). Each follow-up has built upon and evolved this concept, bringing their own touch to make battle unique while still staying true to the series’ innovation. Tales of Symphonia is no exception.

Symphonia’s addition to gameplay is the massive amount of special techniques. Each playable character has a bar. At one end there’s a T (Technical), at the other, an S (Strike). Both represent weapon statistics and the kind of damage they inflict (each weapon has separate power statistics for Thrusting and Striking). Through equippable items and repeated use of beginner techniques, the character becomes aligned with T or S. This determines the kind of techniques and/or spells the characters receive.

Example: main character Lloyd has the Neutral technique Demon Fang. The player has a choice. He can obtain the Double Demon Fang (Technical) or the Fierce Demon Fang (Strike), but not both. Once the character “aligns” him/herself on the T or S end of the alignment bar, all the player has to do is reach the appropriate level (in this case Level 16) and use Demon Fang a certain number of times. When those conditions are met, the technique is learned. Again, no character can acquire both Technical and Strike variations of attack skills. With seven playable characters, deciding which characters can do which skills is extremely taxing, but also just as rewarding.

The puzzles aren’t just for show, either. Early in the game, the player acquires the Sorcerer’s Ring, producing different elemental blasts of energy depending on the “elemental charge stations” littered across the dungeons. Getting past puzzles requires multiple trips to different charge stations.

Example: The dungeon’s penultimate boss is behind a locked door. Ordinarily, the door can be opened through a nearby computer bank, but the three power generators responsible for the door’s access have been damaged. Restoring the generators requires an elemental blast of the Sorcerer’s Ring, but each one is aligned to a different element. To complete the puzzle, the player must find a specific charging station, change the Sorcerer’s Ring’s elemental affinity and recharge the aforementioned generators one by one. Once all three are recharged, the computers are repaired and the door is unlocked.

Thus puzzles, like the skill system, demand a lot of patience from the player. But the rush you feel when one is finally beaten is like no other game I’ve played. And I’ve played a lot of video games. A lot.

Describing how a great game Symphonia is in under five hundred words is close to impossible. Just trust me. You’ll come in hooked by the massive technique pool, and come out loving the characters like they’re like part of your family. This game is Just. That. Good. Get it. You’ll thank me later.

If you enjoyed Michael’s tales, you can find the rest of his work right HERE on Sci-Fi Bloggers. You may also check out his personal blog over HERE.