It can be hard to be a viewer these days. The film and television industries obviously dictate what gets made and how it comes out. There are a lot of remakes, sequels, prequels and spinoffs and sometimes it turns out all right, but most of the time it doesn’t. Bigger budgets, less plot, bigger names and less attention to detail.

What’s great about entertainment now, though, is that it’s easier than ever to produce content. Is it all gold? Of course not. However, if you’re not creating content then you should support those who are with premises you enjoy. Dig around on YouTube or Reddit and find out if there’s something for you. Support for content creators  is massively important.

When Sci-Fi Bloggers caught wind of a little web series called Peacekeepers, I had to check it out. 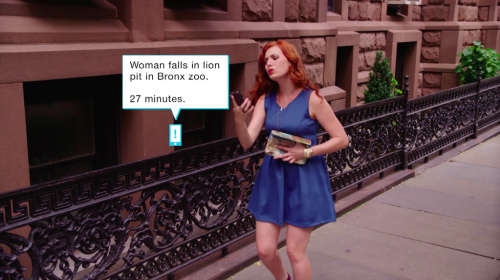 Peacekeepers begins with the story of Alana. She’s a twenty-something in New York with a demanding boss who needs her on call twenty-four hours a day, seven days a week. It’s not your typical overly dependent boss, obviously. Alana responds to text messages throughout the day that warn her of impending disasters like fatal auto accidents and prevents them. What’s her purpose? Who’s her peacekeeping boss?

The fifteen-minute pilot episode was filmed last year and has garnered a lot of attention. It was shown at a bunch of film festivals and was a Webby and Shorty Award nominee. The show’s Twitter account has almost 26,000 followers. That’s almost 1,700 followers per existing minute of the entire series.

That’s right. All that currently exists of the series is that short pilot episode. You can check it out right here at their IndiGoGo page. Note that they were also nominated for Project of the Year. On this page, you can donate to the series in hopes of a six-episode first season. 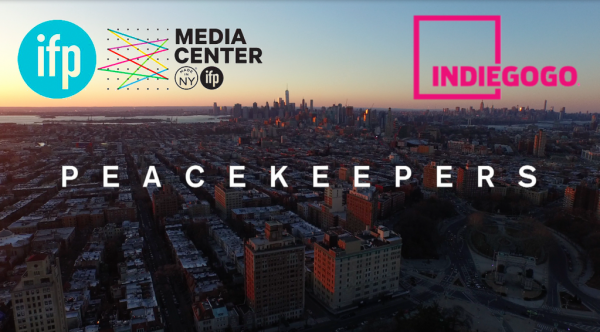 If you enjoyed the Carly’s peacekeeping, you can find the rest of her work right HERE on Sci-Fi Bloggers. You can also follow her on Twitter @MrsCarlyRodgers.