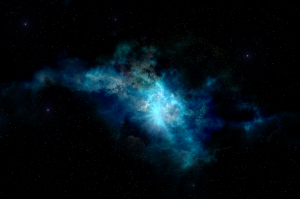 LADIES AND GENTLEMEN, may I have your attention, please? You’ve been patient. You’ve been diligent. You’ve been loyal. Now, for demonstrating such tremendous qualities, such incredible attributes, such unbelievable resolve, you shall be rewarded! Friends, bloggers, Earthlings, lend me your ears! The time has come, yet again, for you to get your proper dose of excitement, adventure, and intrigue! People of the Net, without further delay, I present to you this week’s FRRRRRRRRRRIDAY FICTION!

All right folks, it’s time for some late night listening. You know what I’m talking about. Two weeks ago we gave you the first taste of what happens when Oliver Percivall is given then resources to really tell his story. Well, here it is again. Just before we begin, however, ahehem, I’d like to take a moment to teach you a little more about tonight’s charming narrator, Mr. Chris Dixon.

An emerging voice actor, Mr. Dixon started doing voice over work back in 2007 when he moved to Atlanta. He trained for a year under veteran voice actor Stuart Culpepper and recorded his first minute-long demo reel and off the back of that managed to get himself a couple of reputable agents.  Pretty impressive stuff, eh? And that’s not all: during his 5 years in the US, which took him from Atlanta to Los Angeles, Chris plied his vocal trade, working for the likes of Coca-Cola, Yahoo!, and The Lottery.  He’s also worked on countless online video games (perhaps some of you readers have even played a few).

Fast forward to present day and he’s back in the UK, living in Suffolk with his wife and two cats.  He’s been out of the limelight a few years, but that damn voice of his just won’t quit!

Tonight, he’s here for YOU! So here it is, the man himself narrating Oliver Percivall’s next two chapters of Misadventures in Space Travel!

Why even do this? Why? This was a terrible idea, awful thought.

The Fictionmonger’s index finger tugs at the sponge. Then, it wiggles about as it’s released. When it stops, the Monger sighs.

That’s…everything. This is the Fictionmonger wishing you all a happy Brith Day!