It was an accident that I found out about the Forward collection on Amazon Prime—but I’m so happy I did. Turns out, if you have Prime, it’s free, and each short story is interesting in its own way. There’s six in all, so I thought I’d cover my thoughts on each of these tales. 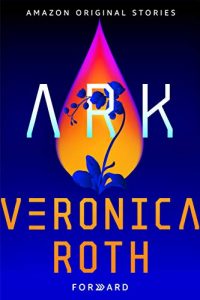 A mood piece more than a think-piece, I feel like the author might have been going through some personal stuff here, or perhaps thinking deeply about someone else’s trials. This is by far the weakest of the stories in sci-fi concepts and sheer mental stimulation, but it’s also relaxing in a morbid sort of way and has a lot of beautiful—if perhaps cluttered—prose. 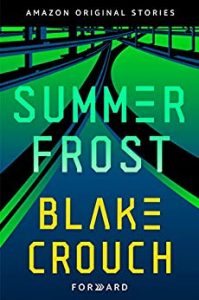 The best of the Forward collection comes second in line. Though the initial premise seems like something very much overdone, a tale about VR gaming, it actually turns into a fascinating and mind-warping A.I. story, with a lot of thought given to the topic. The story is most impressive by the fact you actually read the A.I. character as an A.I., as an alien thing, and that’s not something I’ve ever seen pulled off this well. 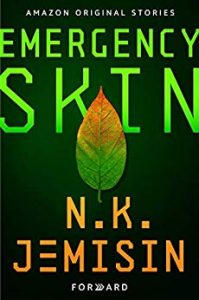 The most directly political in nature, this one is truly a satire and a very funny one at that. The narration is done uniquely, being told almost exclusively through the perspective of a computer communicating with the person wearing it. It also takes a much more hopeful spin on a usually apocalyptic plot point, which, like a lot of aspects of these stories actually, was a refreshing and appreciated change of pace.

You Have Arrived at Your Destination by Arnor Towles 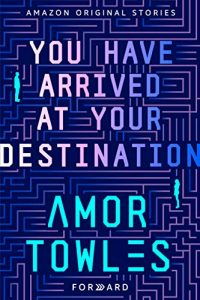 Very nearly could, and might resemble in the future, a Black Mirror episode about “designer babies,” or genetically changing how people are born according to the parent’s wants. Almost the entire book deals with outlining the potential futures of one man’s kid, but the few parts that escape that framing put a lot of weight and strain on just what it means when parents decide they want to sculpt a child’s future, and how plot structure and lives might intersect.

The Last Conversation by Paul Tremblay 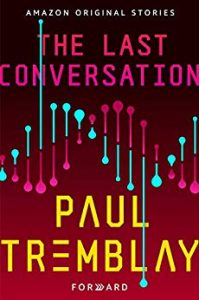 A “twist story,” if the amnesia and disjointed first-person perspective didn’t make it obvious. It obfuscates a lot of the plot, continuously, and is only saved by the thoughtful side of what the twist means to the characters involved. The descriptions of physical reactions and the interesting and kind of wonderful dialogue save this from seeming a little amateur in its ideas and comes out as a story begging to be read twice. Though I didn’t like it enough to care to do so. 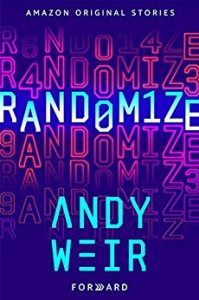 While the story on this is short and pretty basic, the author’s unbridled enthusiasm for complex scientific things, and his ability to present it in a way that makes it understandable, at least enough to get the plot, makes this a highly entertaining read. I didn’t know that I loved quantum computing and learning about it, but this short tale makes it both relatable and realistic to the reader. I’d gladly read/watch anything Andy creates, so long as it’s about something he thinks is cool.

And that’s the Forward collection. A little of a mixed bag, but when it’s good, it is so good, and, considering each tale is only a few dollars, and you can read them in literally one sitting, I recommend giving any of these that seem interesting a chance. You might just find a new author to love.