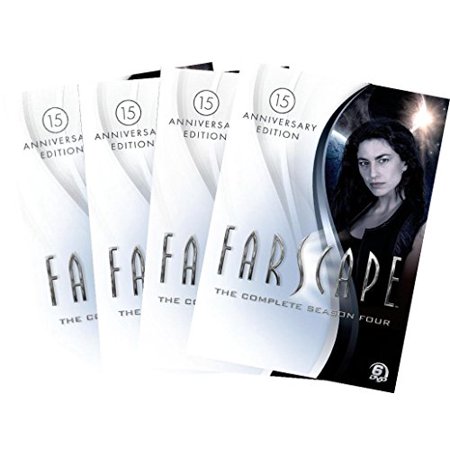 Farscape The Complete Series is out on Blu-Ray!

With the complete series out on blu-ray for the series’ 15th anniversary, we thought we’d update this post from Hans with the latest details on how to get the collection. The original post is below with updates to reflect blu-ray content. – Elion

John Crichton. Astronaut. Flung through a wormhole and lost in a galaxy far from home. He finds himself in the middle of a prison break, surrounded by hostile aliens, soaring through space inside a glorious living space ship called Moya. Hunted by the relentless Peacekeepers, he allies himself with his unimaginably alien fellow refugees and searches for a way home. 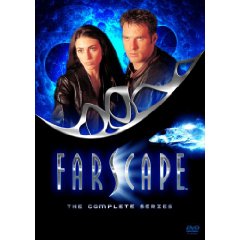 88 episodes and 15 hours of bonus features on 26 discs

Three Inside Farscape featurettes: Villains, Visual Effects, and Save Farscape

Deleted scenes, director’s cut scenes, and an alternate version of the season 2 premiere

Behind-the-scenes interviews with the characters, cast, and creative team of Farscape

Click Here or Below To Grab The Farscape 15th Anniversary Blu-Ray Collection on Amazon!*