Holidays are a stressful time for everyone, I would say especially gamers. Yeah, we have to buy gifts and spend an uncomfortable amount of time with extended family, but also we have to make some really tough decisions. Which holiday releases will I buy?

The past month was especially tough with many popular titles being released. So do I need Halo 5 or Black Ops? Tomb Raider or Battlefront? I’m embarrassed to say that I wasn’t really interested in Fallout 4. I had never played the games personally, but I was vaguely familiar with the previous storylines. That being said, something compelled me to purchase the game when it was released on November 10, and now my social life seems to be a distant memory.

The newest installment in the franchise begins in 2077 in suburban Boston. A concerned knock at your door reveals that your family has been chosen to seek shelter in Vault 111 in case of a nuclear emergency. Guess what? There’s an immediate nuclear emergency. Before you and your family can get cozy in your new life, a series of events occur and you find yourself in 2287. Boston, now known as The Commonwealth, is a shell of its former self. You get to run around and explore its many spectacular details in a menagerie of side quests apart from your main mission.

And it is really spectacular. Aside from my main quest, I spent much of my time building my ideal fallout shelter as well as crafting. The crafting is a real star in this game. You can use loot found in the real world to create a massive, complex shelter or improve armor or modify your weapons to match your style of play. Yes, hoarders go nuts! Everything you find in the nooks and crannies can be repurposed for something and it’s easy to go dump it at your shelter thanks to the Fast Travel option.

The scenery is equally incredible. You’ll find yourself weaving in and out of desolate neighborhoods and winding forests then passing by Fenway Park and other recognizable landmarks. As with other Fallout games, the setting is dramatic and feels more eerie than most horror games. You’ll feel obligated to creep in corners and dash down dark alleys. 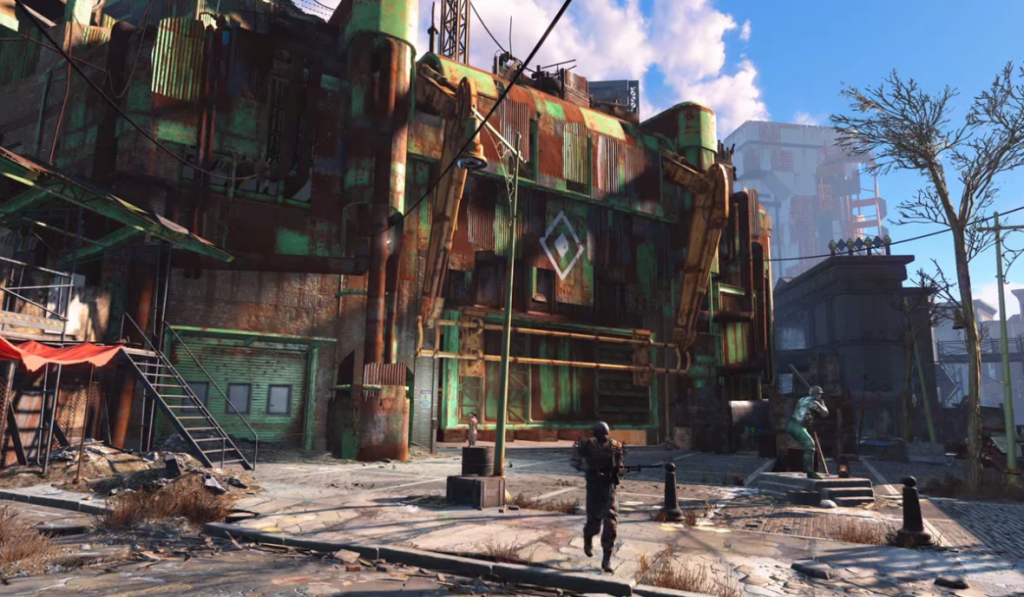 Another interesting thing about 4’s gameplay is the customization you have over your character. Fallout’s S.P.E.C.I.A.L. attributes (strength, perception, endurance, charisma, intelligence, agility and luck categories) are decided by you. As you progress, each level offers up a perk point. These points can be spent on the specialized attributes in your Pip-Boy menu. There are a ton of options and where you spend your points can open some dialogue options and special quests. It’s all about how you want to play the game.

Overall, if you like role-playing games or even just poking around collecting stuff, then Fallout 4 is a game you can’t miss. Available for  PC, PlayStation 4 and Xbox One.

If you enjoyed Carly’s S.P.E.C.I.A.L. surprise, you can find the rest of her work right HERE on Sci-Fi Bloggers. You can also follow her on Twitter @MrsCarlyRodgers.