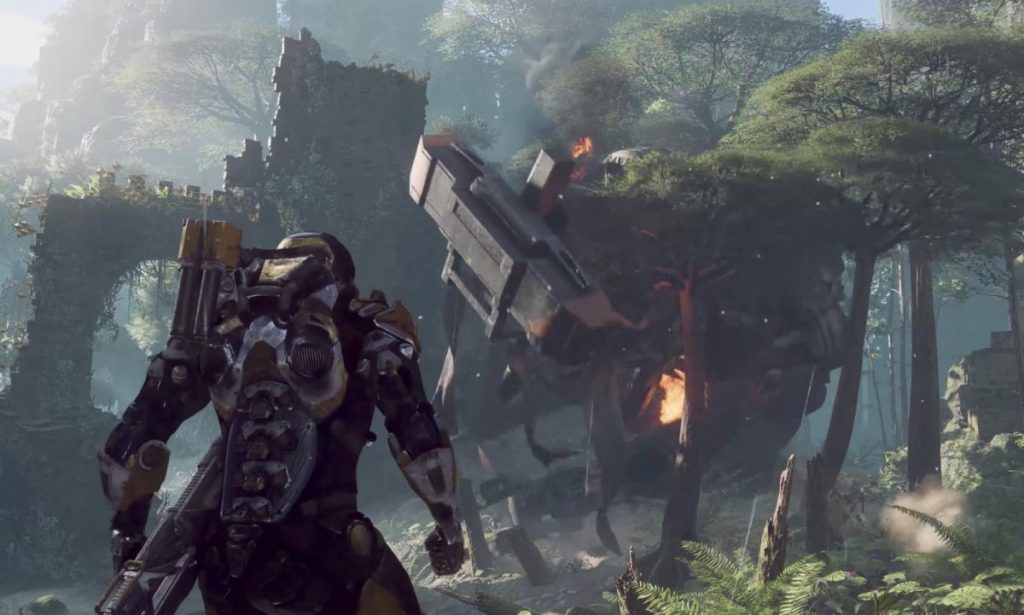 Previously code named “Dylan”, Anthem is a “shared-world action RPG,  where players can delve into a vast landscape teeming with amazing technology and forgotten treasures. This is a world where Freelancers are called upon to defeat savage beasts, ruthless marauders, and forces plotting to conquer humanity.” 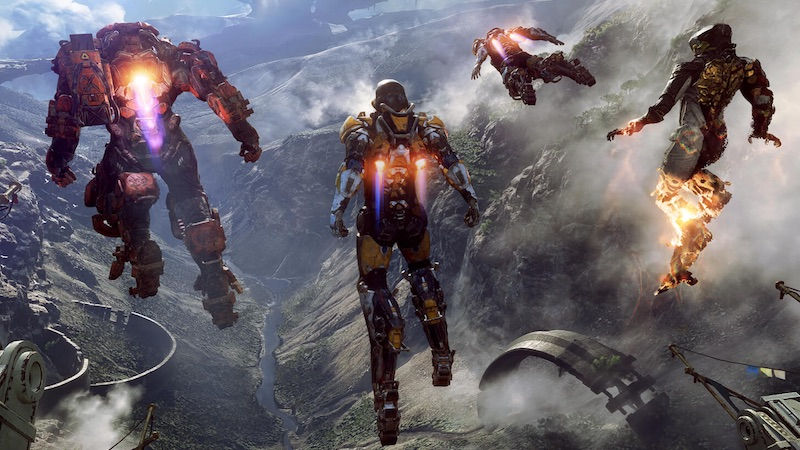 Now here at SciFi Bloggers, we try to stay positive and maintain an upbeat vibe on the site. We tend not to jump on to “hate trains” or spew harsh criticism. That said, after watching the Anthem gameplay reveal, I felt like it was very rehearsed and scripted. And the “script” sounded like it was written and/or “approved” by people who just don’t understand co-op gaming. Now, I’m not saying there should have been a lot of cursing, but the “players” sounded like voice actors. Real people playing together online just don’t sound like that.

It basically seems like it will be a Destiny clone that will afford a myriad of opportunities for micro-transactions. <ugh> Now I have nothing against making money. If you produce something people find valuable and enjoy, you have every right to make plenty of money doing it #LOL. But to create a copy-cat, soulless rehash specifically for the purpose of having micro-transactions is an entirely different story. It’s like the heart of the would-be game, and Bioware, has been lost here. One of my favorite videos below from MrBtongue, sums this problem up perfectly.

And the internet seems to agree. To quote PC Gamer: “We have mixed feelings about Anthem.”

Drew Karpyshyn is working on the story, so that’s potentially a big plus. He returned to Bioware to work on Star Wars – The Old Republic recently and those stories are excellent. But, he had nothing to do with Andromeda, and we all know how that turned out.

And while it’s really too soon to tell, even at this stage of the game, announcement trailers usually have a bit more to offer about the story, or in the case, the lack thereof, which from what we’ve seen so far, looks to be on the slim side. On a more positive note, the gameplay and combat does look awesome. 🙂

In any case, here’s our round-up of Bioware’s Anthem impressions and musings from E3 2017.