For anyone born during the early nineties and late eighties if you did not know what Digimon or Pokémon was you were banished to the dark side of the playground with kid that eats the glue and the drunk hobo that sleeps under the bridge. During the nineties you could not escape the Pokémon franchise and not too long after Pokémon had been released, Digimon too burst on to the scene in America.  Two franchises that were essentially the same at the core were now grabbing the American youth by storm and were competing with one another for their affections. After all, competition breeds ingenuity…or something else that seems philosophical and important. In any case what really defined this rivalry when I was growing up was the fact that you couldn’t like both. You were either a Pokémon fan or one of those loser kids that liked the knockoff Digimon (to quote my third grade bully). However looking back through my nineteen years of wisdom, this rivalry and competition (which indubitably is still fought in the YouTube comments and dark places of the internet) really isn’t necessary, because the two franchises were focusing on two different elements. 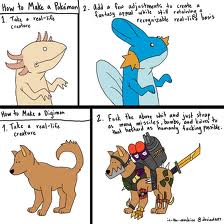 Pokémon first came into the picture in 1996 and as a series with plot and characters that evolved and changed it had diddly squat. To be brutally honest the Pokémon television series hasn’t changed since the day it aired and neither have its characters. Ash Ketchum has been working on becoming the greatest Pokémon master since he was 10. He will probably reach that goal because he seems to age incredibly slowly, but without much change in his goals.  The plotline for Pokémon stands as Ash meeting a new Pokémon and two lovable, but bumbling organized crime goons trying to steal that new Pokémon along with Pikachu before being shot into space and managing to land somewhere without much injury. Of course that is something we were distracted from noticing by way of adorable animals that shot fire out of their mouths. No, where Pokémon really comes into play was the games, to have the ability to create your own team of creatures of successfully beating the crap out of the elite four. And most people have done this multiple times before Ash has even done it once. Pokémon was really all about the games. Although they too are just on the same plotline, but with increasingly better graphics and abilities. 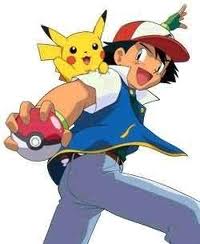 As a trainer, Ash kind of sucked. Most of his badges were received from good deeds. Like a reward for a special needs kid doing well.

Digimon on the other hand actually used some creative thought in their series and focused more on characters, on story, on plot and theme then about marketing any type of game which would be a bit difficult to do. Not only did each season feature a different cast of characters with different personalities and attributes, they also changed the storylines and plots around so that no two seasons were ever really the same. Furthermore Digimon had theme. In particular, despite being one of the most despised when younger, but growing to be the more popular in today’s fandom the third series of Digimon dealt with some pretty heavy stuff. Death, mental breakdowns, abandonment- we didn’t appreciate that type of storytelling when we were ten. We were just interested with the animals that had guns and lasers strapped to their backs like any normal ten year old. Even so, the stories and characters were much more gripping and a little more likable than Ash or Misty or Brock, mostly because they weren’t as static as they were. But the downside of Digimon is that there really isn’t any marketable game for them, so they had to focus on story in addition to all of those plastic and plush toys and digivices they were inciting our ten year old sugar-high selves to buy. 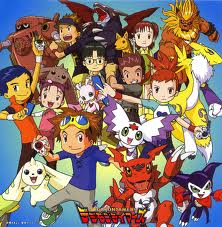 By the end of the season one of these characters will die and one will go insane. Not such a sunny childhood.

In a world where people are still arguing over which one was better and which one was more original than the other, it seems pretty pathetic that we can’t just sit back and recognize that the two franchises focused on different aspects of their product and just break out those old toys and YouTube videos and  have some nostalgia time. After all in each we still get brightly colored animals with superpowers making things explode, and isn’t that what we really watched them for?