I want to let you know that I love you. I really adore you and the fact that in just a few days time you give me things to talk about for years. So, I want you to understand that what I’m about to say to you comes from a place of bitterness and slight anger, but you and I will always be friends. 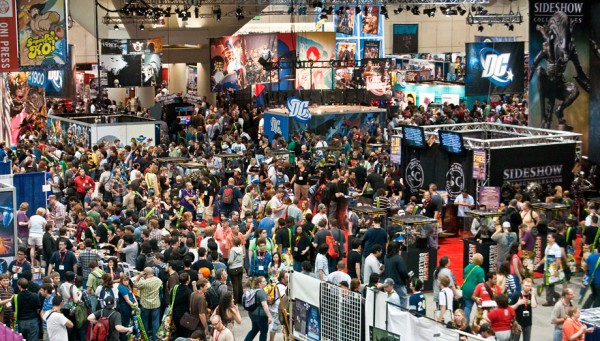 I want to let you know that I think your ideas on press badges are dumb. I know that we’re a small site, but we’re bursting with potential. You know what else used to be small? You did. Back in 1970, a hundred people trickled in the doors and now 65 times that amount will squeeze into the famous Hall H. Just one hall. Among them will be fans, actors but mostly there will be members of the press. I’m not insinuating that every member of the media is absolutely undeserving of attending the Con, but most are. Legitimately, along with your Press Application, which I filled out diligently and where I showcased a superior wit, there should be some sort of quiz on the comics realm that needs to be passed in order to be considered. 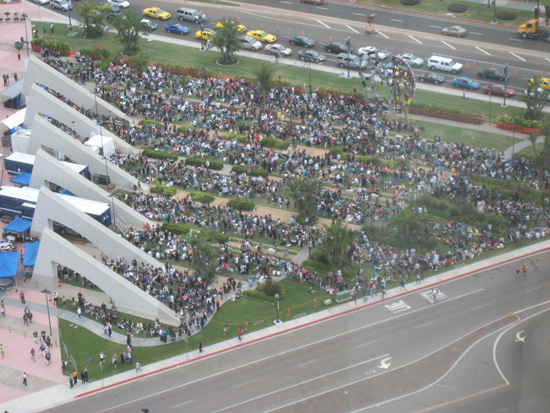 The line to enter Hall H

I love that you’ve ushered in this age of “nerd acceptance.” I do! But don’t forget about the nerds that used to sit against a wall and read comics and swap theories. You won’t see many this year. Especially with television and movie screens becoming oversaturated with characters from comic books, you’d think the idea would be to get fans interested in the source material. It’s not, and that’s okay, too, I guess.

I’m one of those kids in the corner, Comic-Con, and I feel forgotten. Stop filling those seats with people who will have a phone in their hand or a microphone and start paying attention to those that are so enthralled that they can’t be bothered by technology or the people around them. They’re the ones you should be catering to.

Sincerely a giant fan and hopefully a one-day attendee despite all this intense finger pointing and fame-shaming,