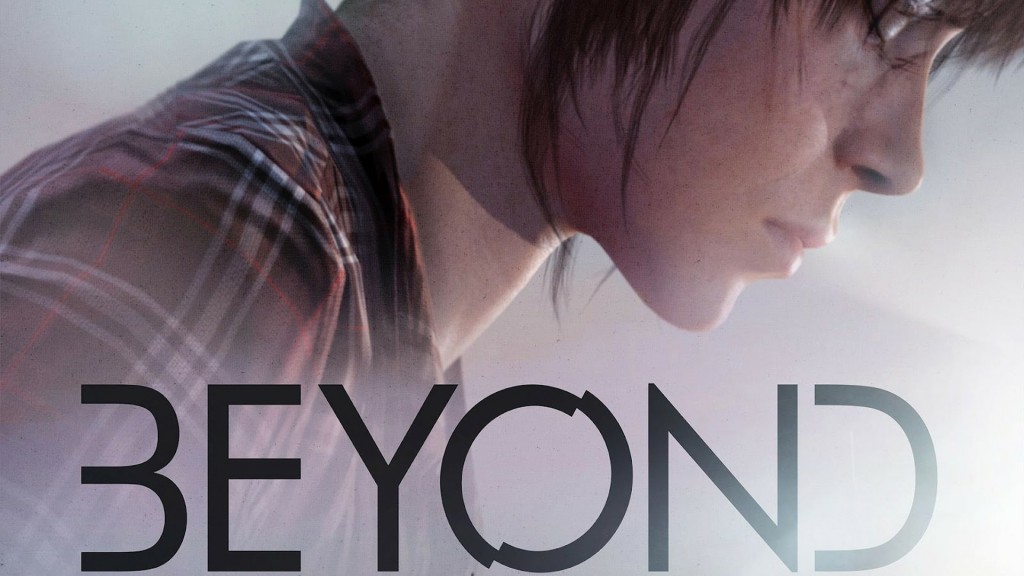 Quantic: a homogeneous function of two or more variables having rational and irrational coefficients.

Dream: a series of thoughts, images, and sensations occurring in a person’s mind during sleep, or, a cherished aspiration, ambition, or ideal.

Quantic Dream’s Heavy Rain is a drama. It’s a video game, but a drama nonetheless. It tells a mysterious story with fantastic twists and turns, boldly challenging the way stories are told in games. The music, the action, the writing, everything about it, is excellent. I hold it very dear to me. Having said that, you’ll be surprised to know I was not looking forward to their recently released title, Beyond: Two Souls. 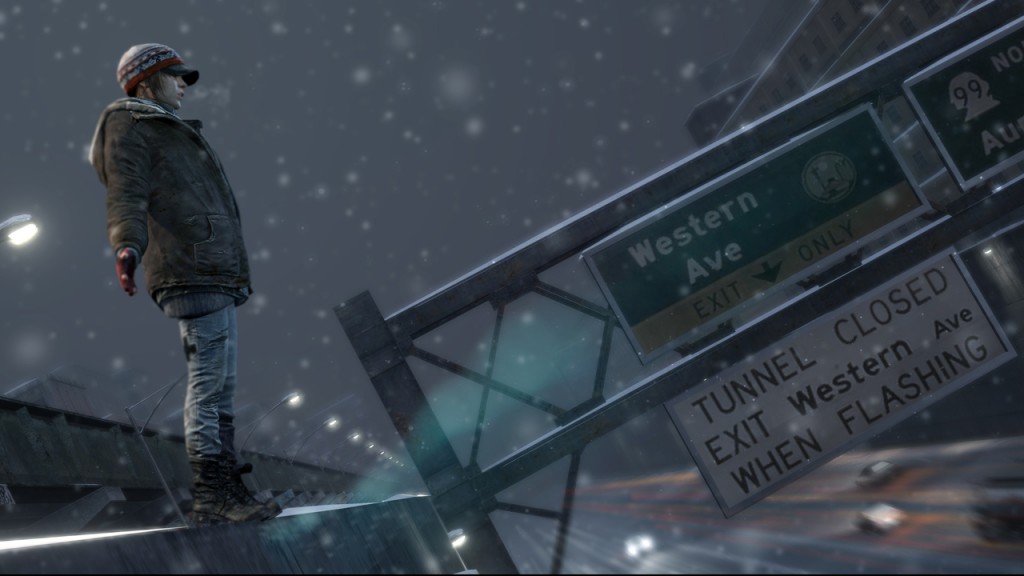 In the days leading up to the game’s release, I was skeptical. Though the casting of Ellen Page as the lead excited me somewhat, the way in which Beyond was being marketed bothered me greatly. While Heavy Rain was a sort of hybrid between games and film, Beyond looked to be leaning towards the latter of the two, which I didn’t like. I tried to stay away from gameplay footage, for fear of spoilers, but I did see quite a few trailers, and ads were popping up everywhere on YouTube. Everything I saw looked too cinematic, an attribute which games, in my opinion, are trying too hard to latch onto nowadays.

“It was just like a movie!” is becoming the popular compliment amongst many gamers. If I wanted to see a movie, I’d go see one. I want to play a game, not a film. I want to be the one driving the plot, altering the course of the characters, saving the world, beating up bad guys, all that jazz. I was to be in control of the game.

Also, Beyond, from the previews I saw, seemed a little too melodramatic. Every scene seemed to be begging for an Oscar, with tears falling way too easily, and that also ticked me off. Heavy Rain may have been a dramatic, dark story, but it wasn’t acting as such for the sake of it. The material had levels. There was a lot going on. Some of it was happy, some sad, some in the middle, but always varying based on the context of what was going on. Beyond, on the other hand, looked like it was just going to be one depressing event after another, and, again, I wasn’t feeling too great about that.

So, you now know how I felt on the way in. It got worse after the game came out, believe me. Reviews weren’t looking too positive. Some were high, others painfully low. I didn’t let that stop me though. Once I had Beyond in my hands, I thought, Okay, please tell me you wrote a good one, David. The disk went in, I sat down, everything was quiet, and then… 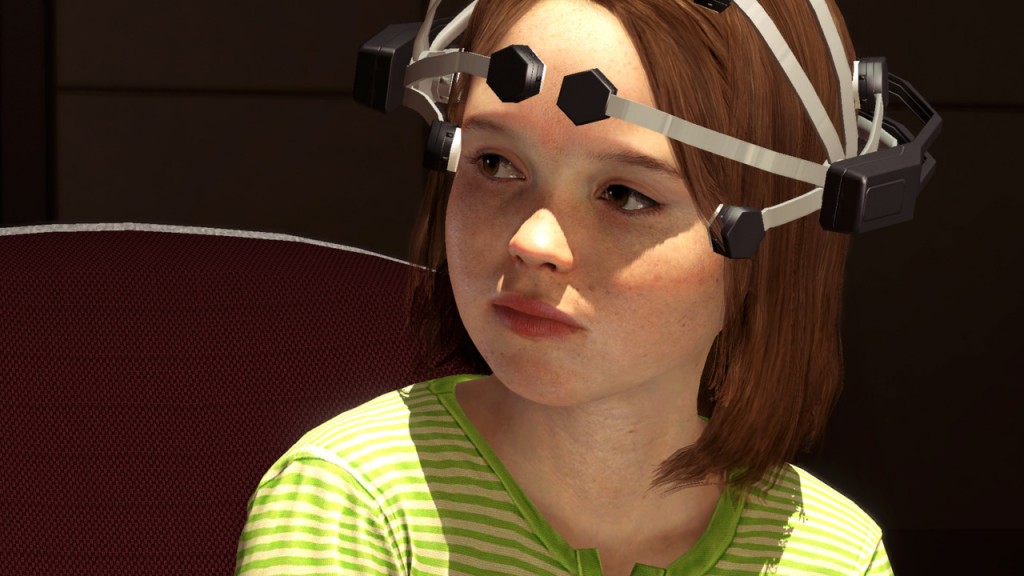 The opening was a little rushed. It was a cutscene I’d seen before, but more tightened up than the original version. That made me nervous. Had they tried to speed up the pace to make it more intense and exciting? No, no, no, never try to be intense! Just tell your story! Come on, David! Still, I kept thinking, It’s okay, give it a chance. It’ll get better. So I did, and it got a little better, and then a little more, and a little more, and then I looked at my phone and saw that five hours had gone by, and then I had my realization: I love this game.

Quite a turnaround, huh? Ready to hear more?

I’m not going to talk about the performances much. You know they’re good, you can assume that much from the box alone. Yes, Page is amazing. Yes, all the side characters are amazing. However, I’d like to make a public declaration that Willem Dafoe is one of the most underrated, underappreciated actors I’ve ever seen and needs to be in more stuff. That is all; next part.

The gameplay is the part that has been attacked most heavily by critics (although I was surprised to find that such criticism is, honestly, in the minority, albeit a large minority). There are claims that Beyond has “little to no meaningful choices” and that it’s “just a bunch of quick-time events.” I beg to differ. Beyond: Two Souls allows for a lot of variety in terms of how one deals with the game’s various events and incidents. Yes, it is more linear than Heavy Rain was, but the ability to choose is there, and the consequences of the player’s choices can be seen and felt throughout the tale, especially towards the end. As for the quick-time events, yes, they’re present, but no more than they were in Heavy Rain, probably less, even. I would argue that the combat in Beyond is more challenging than its predecessor, since you aren’t trying to hit buttons as they appear, rather predict the main character’s movements and act accordingly with the right analog stick. The game has very little interface, adding to its immersion. 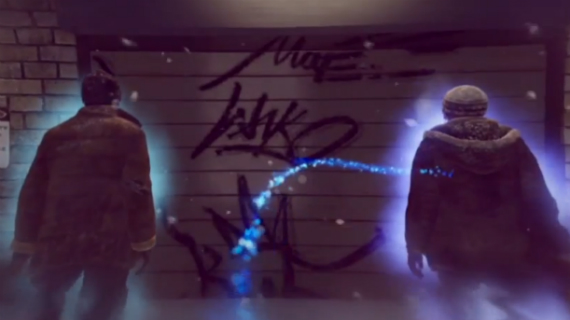 But let’s get to the meat of Beyond. You’ve already probably heard the premise, but I’ll give it to you again: Jodie has been tied to a spiritual entity from birth. The entity’s name is Aiden. Though benign with Jodie, he tends to be quite ruthless with others, willing to kill without a second thought in the name of protecting his counterpart. You control both of them, viewing the world from two different perspectives throughout the game’s story, making choices as to how you’ll handle what comes your way. As you do so, Aiden and Jodie, and those around them, will evolve, and the decisions you make, your successes and failures, your triumphs, your mistakes, will reflect on them. It all culminates in a—no, not telling you that part. You’ll have to play the game to find that out.

The writing in Beyond is terrific, with foreshadowing and depth so subtle and precise it’s worth a second playthrough. Jodie and Aiden are developed very gradually, allowing for more time to form a connection with them, as well as those they meet along the way. There are a few twists in the story which I personally feel wouldn’t have caught me off guard quite so much had this been a linear tale. Since the time frame jumps between Jodie’s childhood, adulthood and teen years all the way through, many revelations about the characters and their motives are kept hidden until later, when they become enjoyable surprises. My only gripe with the writing is that, in some places, the dialogue is a little awkward, and there’s one section in particular regarding bullying which felt a little unnatural. You’ll see when you play it, but make up your own mind about it. Remember, art is subjective. I’m not “right” or “wrong,” this is all opinion.

But I am right about the game being good, unequivocally. This cannot be argued.

The visuals and story go hand in hand in Beyond, creating a beautiful combination of what is seen by the eyes and what is seen by the mind. When you really observe what is in front of you, and relate it to the concepts being discussed and analyzed, the tapestry you’ll discover is hard to fault. This is especially apparent in the ending, where (potential spoilers—but not really—but kind of—in the next part of the sentence) a critical decision must be made and, without any words showing up on-screen, you already know what’s coming. It’s breathtaking. 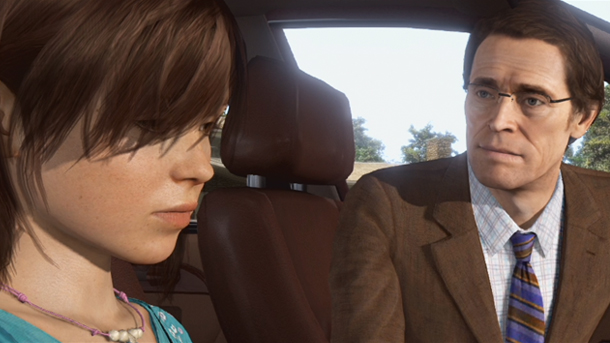 I think that’s everything. Until next time, this is D. Ale—.

Okay, that’s everything. Until next time, this is D. Alexander wishing you a happy Halloween. 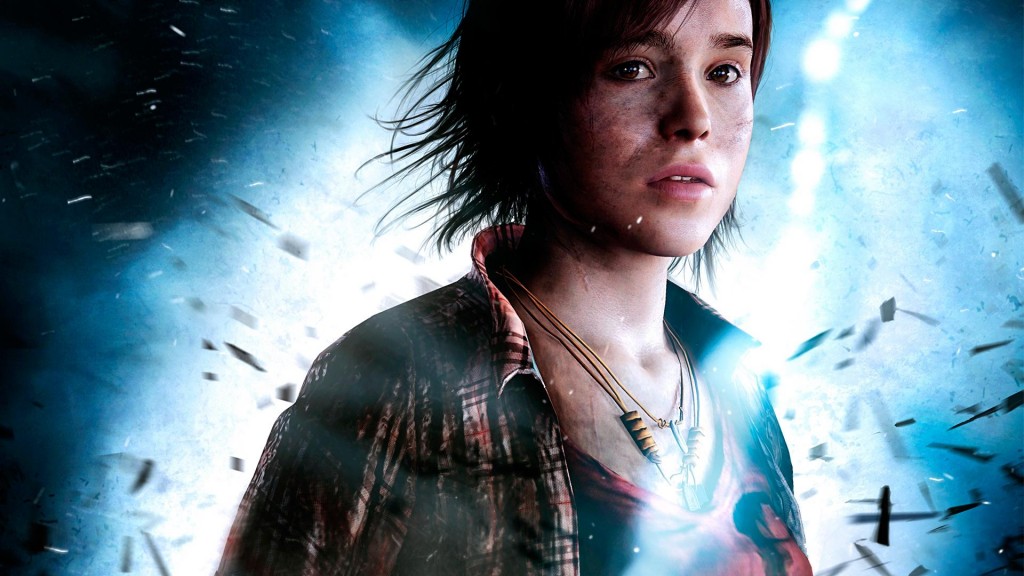