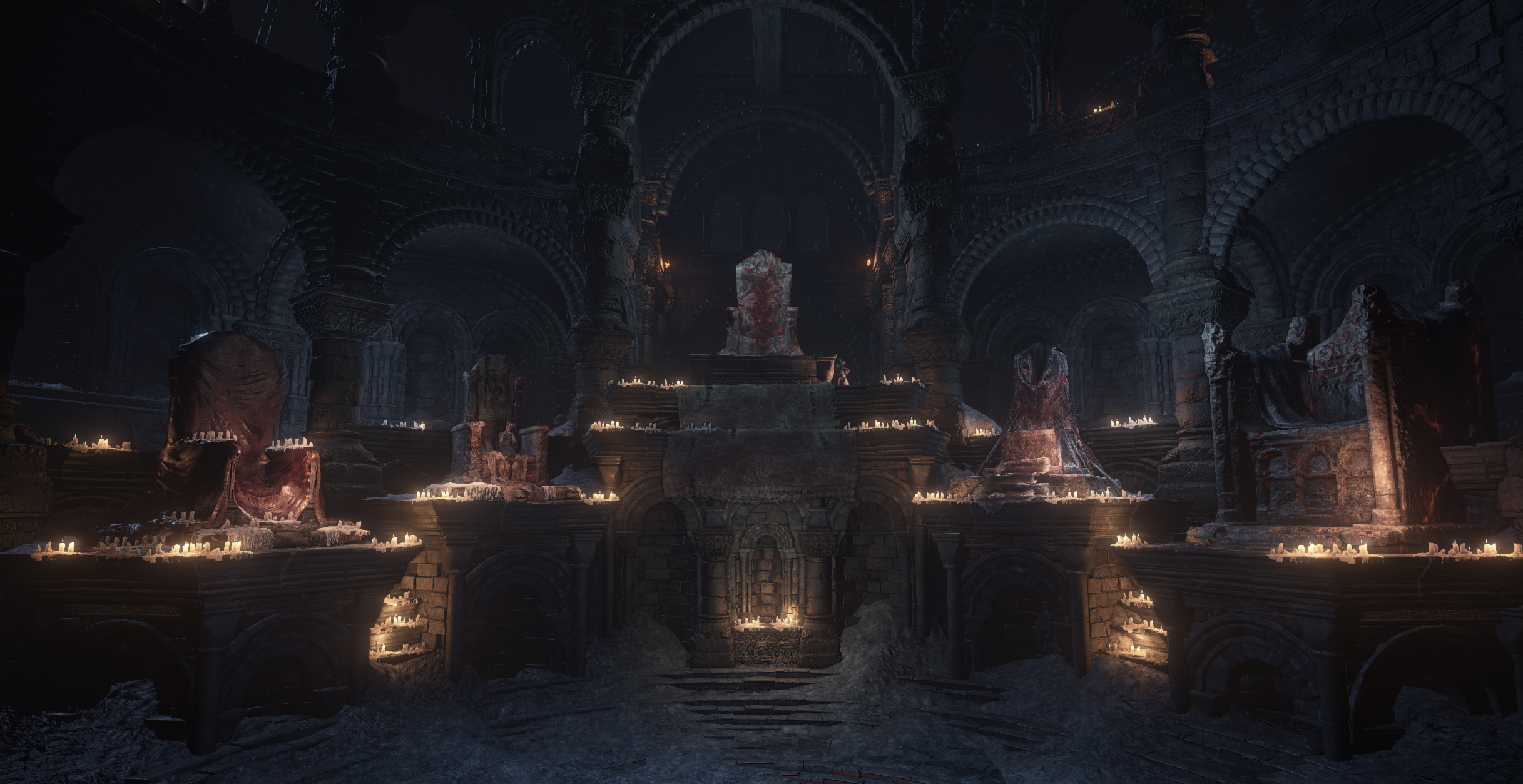 As many players are approaching their successive playthroughs of From Software’s third and final installment to the Dark Souls series, there is an air of bewilderment in response to the heavy-handed callbacks and references to the previous two games. This stands in stark contrast to Dark Souls II, which seemed to take place in a completely disconnected space and a distant era from the first Dark Souls. On the surface, this may just look like another case of fans having a generally negative response to being pandered to, and my initial reaction was to assume that this was a result of the passionate nature of the fandom, as the Souls series has always inspired a borderline-obsessive response to its lore. But is this really the fault of the fandom? 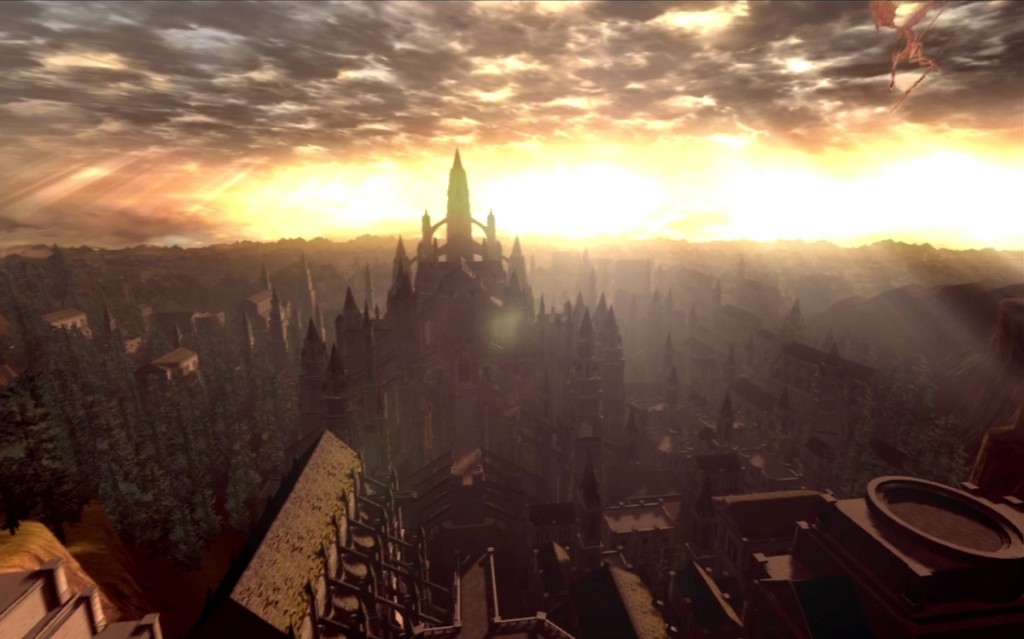 In 2011, From Software established, with the release of Dark Souls, a world that was strongly disjointed by design to motivate players to bring a new level of critical inquisitiveness to the table. Fans of the “Soulsborne” series will often refer to this aspect as if it were one of the core mechanics of the game. The descriptions of items, the characters who dropped them, and the locations of said characters all played a role in hinting toward the grander themes and history of the fractured settings of each of these games. The subtext of this design is that if a player looks hard enough, they will find an answer, a reasoning behind a design decision, though it may not be the particular answer they were looking for. To put it simply, Dark Souls has always been very satisfying to analyze. Over the past 5 years, the community surrounding these games has thrived on this so it’s no surprise that when the most anticipated installment to date was released it was met with a healthy dose of scrutiny.

Recycled characters, some with new names, and new locations with familiar names have players scratching their heads as the formula is flipped on its head. Instead of enigmatic concepts that imply an importance, this chapter boasts a slew of ideas that have already been established as important, with their context in regards to Dark Souls III  remaining totally perplexing. It’s deceptively ingenious as they’ve turned their previous philosophy inside out, though most are dismissing this change out of hand as fan service. It’s a response that’s understandable; the lore of From Software’s previous games of this type exists in the form of documents generated by community cooperation. Many players feel that Dark Souls III has provided too much surface information and has effectively nullified the necessity of this communal information sharing. The depth still remains, so it appears to boil down to a distaste for accessibility. Not an accessibility to the gameplay, but an accessibility to the story itself. It’s a unique situation to this series that the developer could actually write themselves into a criticism for providing a more coherent narrative structure. 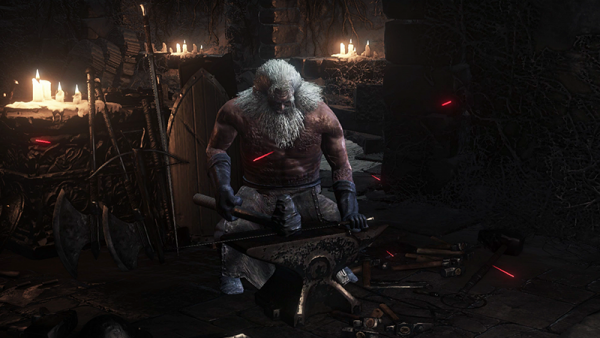 This begs the question: Is this criticism justified? In this case, I believe it is, though not as damning as some claim. The director of Demon’s Souls, Dark Souls, Bloodborne, and Dark Souls III, Hidetaka Miyazaki, understands and embraces the core differences between telling a scripted story for a theatrical experience and providing an open-ended narrative for an interactive experience. I would argue that this is the strongest defining trait that sets these games apart from almost any other Action RPG released. In Dark Souls, the player character is somebody doomed to a fate of dying and reincarnating infinitely until they ‘go hollow’ and lose their mind. This is parallel to the experience of the player dying repeatedly in a game until they either stop playing or succeed. This success is written in the game as the player character accomplishing a goal that they don’t fully understand, and this is very relatable in the experience that players have as they work to piece the lore and setting together themselves. In the end, it’s an uplifting story about succeeding in the face of seemingly impossible odds for both player and character. In a film or any other fully scripted linear narrative, the viewer doesn’t have the opportunity to interface with something that draws them into their character to that extent. Giving more information to a player up front and less that they need to work to understand diminishes their ability to relate to the struggle of their protagonist. That isn’t to say that the protagonist shouldn’t understand the world that they inhabit, but minimizing that aspect also minimizes one of the core aspects of player character relatability, one of the many struggles that immerses a fan in this particular world. 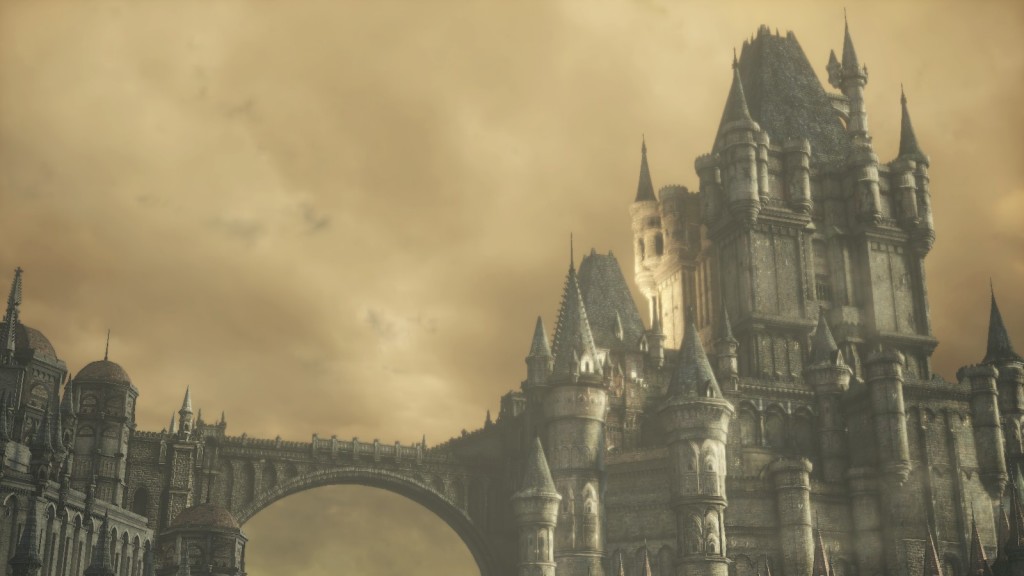 Being the final chapter in the Dark Souls series, this game may be virtually impossible to write in a wholly satisfactory way for the majority of its fans. Providing a satisfying conclusion to a story that is inaccessible by design is a balancing act of monumental proportions. The criticisms of the writing and “fan service” in this game are definitely founded in a real place that was fostered by From Software in the first place. That said, this is a game that I’ve enjoyed thoroughly, both in gameplay and in story. Dark Souls III could never be a repeat of the first Dark Souls game; the community experience alone could never be replicated. To make the story just as vague and perplexing as the previous two entries would, in my opinion, leave the series as a whole feeling a bit aimless and that seems to go in opposition of the grander themes of struggle and eventual triumph. It’s a theme that embodies the story of the game, the experience of the player, and the history of the Souls series’ rise to popularity. I find it unfortunate that this progression has lessened the overall enjoyment for some people but I think it’s rooted in a deeper sadness that this series, and all good things, must eventually come to an end.

Editor’s Note: A big thanks to Bob Hensley for this wonderful and intellectually stimulating guest article! I hope to share more of his work with you readers in the near future!