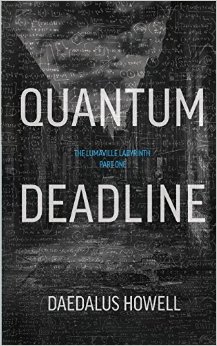 Change is hard, and for some reason, human instinct is to resist it with all our might. In the novel Quantum Deadline, forty-something news reporter Daedalus Howell has to acclimate to the fact that the world of print journalism as he knew it is getting smaller and the demand for digital is rapidly increasing. He has to listen to a twenty-four-year-old bark orders at him either in person or through shorthand text messages, which he sometimes has to translate through Google and his work is passed over for clickbait titles and empty words.

On his normally depressingly monotonous day he witnesses a shooting between two quarreling tailors and notices a small boy also watching the shootout. When he comes in contact with the boy again he realizes that he’s about to be thrown into something that is worse than the digital age and into something straight out of science fiction. How does one help a child get home when he swears his home has vanished into thin air? 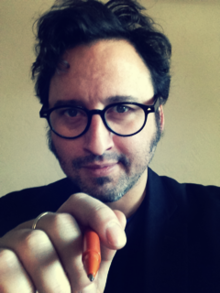 The book, written by a Daedalus Howell, is the first in the Lumaville Labyrinth series. The author does a phenomenal job of disguising his whining about a lost written art as a witty commentary of Generation X. The offbeat references and extensive vocabulary don’t serve as off-putting, but rather paint a stunning portrayal of Howell’s stubbornly pretentious personality. Throughout the book we see him forced to associate with people and situations he would normally avoid and dig further to find the truth behind the mysterious boy, Jude, and revitalize his career. It’s a wonderful blend of mystery, science fiction and dark comedy that keeps readers from putting the story down. You’ll root for the snarky Howell as he dives clumsily into worlds he refuses to accept.

If you’re interested in picking up Quantum Deadline you can find it on Amazon, iTunes and other online retailers.

If you enjoyed Carly’s report, you can find the rest of her work right HERE on Sci-Fi Bloggers. You can also follow her on Twitter @MrsCarlyRodgers.