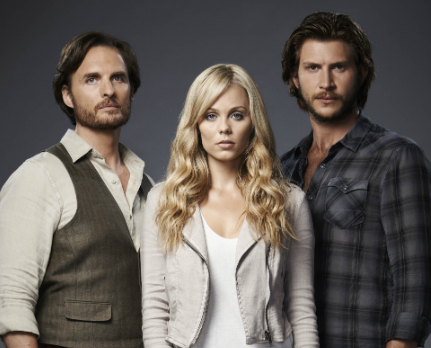 This episode is dedicated to “Mission: Save Jeremy”! We find out that Jeremy’s wound is more severe than previously assessed. The blade that stabbed him last episode was coated in a toxin that was taking our Alpha out by the minute. While Nick is tasked with handling Antonio’s affairs, Elena and Clay (they always get paired together) must find out which poison is killing Jeremy, in order to treat it with the appropriate antidote.

Clay works on the imprisoned Cain to find out answers, while Elena sniffs out where his girlfriend, the human that stabbed Jeremy, is hiding. We see Clay try out a couple techniques this episode. To maintain his silence, Cain turns into a wolf. Too bad Clay clearly has experience with this. He shoots Cain with a tranquilizer, then ties him up in a way that leaves him unable to change back into a wolf without hurting himself. Cain won’t budge. Then, admiring Cain for his loyalty and feeling a kinship towards him because of shared feelings of abandonment and loneliness, Clay offers him Pack status for details on what the Mutts are planning, playing on Cain’s need to settle. Cain declines and for a while it looks as though Clay is unsure how to get answers out of him. 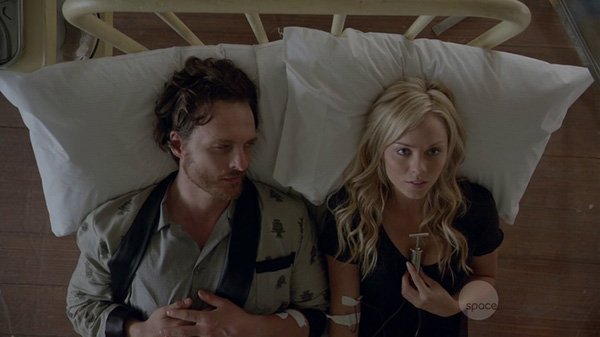 Elena quickly tracks down Cain’s human girlfriend, who we now know as Amber. Elena discovers that Amber knows everything about wolves and the pack, placing Amber in severe danger. Any human that knows about the wolves is to hunted and killed, according to Pack laws. Amber thinks an easy solution is to be turned, like Elena, but Cain would never do it for fear of losing her forever. Oh, and yet another trap.

Elena follows Amber to a diner, where later LeBlanc (one of the psycho newbies) and Marsten show up to stir Elena. Thankfully, she handles herself like a boss! This is my first time patting her on her back! Marsten tells her that the offer to join them still stands for her, but all Elena wants is information. She breaks LeBlanc’s arm to find out that the toxin he put on the blade was Ricin and returns home to give Jeremy a blood transfusion. Whew! He should be okay for next episode.

Back at Stonehaven, the sheriff shows up AGAIN. This time, she brings Clay in for questioning, but at least he stops her from getting into the house. What is with this lady and getting into the Danvers’ house and in their business? She needs to calm her butt down!

Now that Jeremy’s in the clear, we have to get into the Clay/Elena madness. The story with Amber and Cain sounds a bit familiar, doesn’t it? Elena thought so too. She says that because Clay chose to bite her shows that he didn’t love her enough not to take the risk. Clay tells her to be mad at him but not to question his love or live in the past because it’s already happened. Preach! He’s right now, but he was wrong for turning Elena. He made the choice for her, and she had to give up her life to embrace this new wolf way of doing things.  I mean, there’s an argument for both sides of this. He knew he couldn’t tell her what he truly was (because of Pack rules) and put her life in jeopardy, but was it really better to risk it instead? It’s a risk that Cain was afraid to take because there’s slim chances of Amber surviving the bite. Although Cain’s dead, I don’t think we’ve heard the last of Amber. She might even get someone to turn her. She might even survive it. 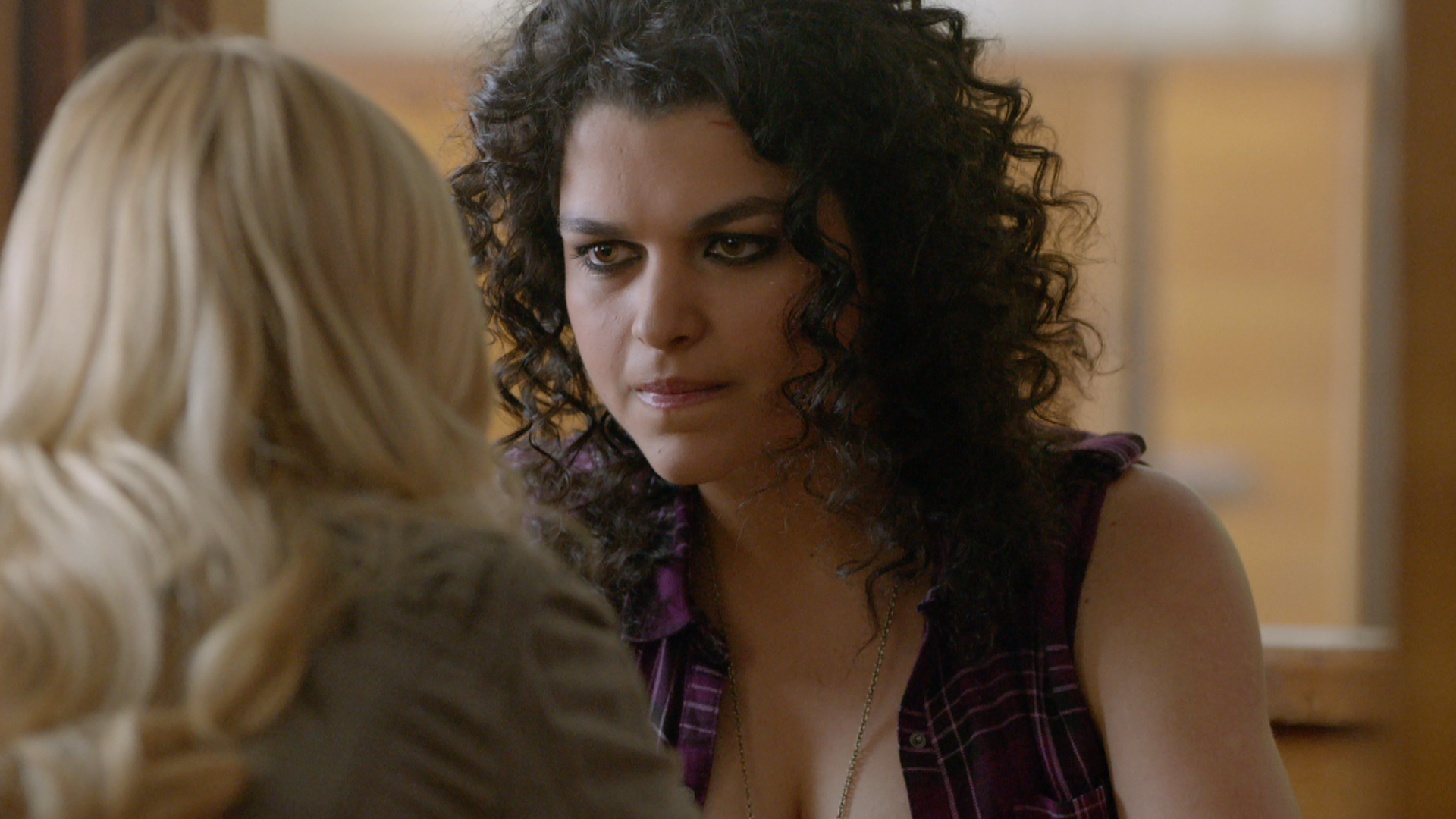 Ugh, let’s talk a bit about Whitebread Philip. He met up with that Sylvie again and, again, she tried to make a pass at him. Rejected. He was probably too busy noticing Elena’s necklace with a pile of clothes in the wolf footage (I’m only writing about this because I feel like it’s going to come up soon). He’s suspicious of Elena’s relationship with Logan now but he has no idea what’s REALLY going on. He also tried to track down the cameraman, Nate Parker, but the guy disappeared without a trace. Sounds interesting.

Last but not least, I will not say what happens at the end. My keyboard refuses to mention certain body parts, but our boy, Clay, murdered Cain in a very…weird and violent way. You know, I thought it was sexy before, but now I’m a little scared of him. Just a little.

Speaking of scared, we ended this episode with the fear that Jimmy Koenig, the Pack’s very own crazy killer, has changed teams and is coming for our Stonehaven wolves.

Oh, and where the hell is Logan?!

If you enjoyed Keyoka’s review, you can find the rest of her vork right HERE on Sci-Fi Bloggers. You’ll see an abundance of it throughout our Day of Blood! Bleh! You can also follow her on Twitter @keyokakinzy. Bleh.