The best part about reading the His Dark Materials trilogy by Philip Pullman is that it was so many things. It was fantastical and full of wonder, but it was dark and daring and felt almost forbidden, but at the same time was something I was eager to share. I was more than bummed out when the half-assed film version, called The Golden Compass, starring Daniel Craig and Nicole Kidman came out in 2007. However, now I think the story has a chance to be told in the proper way. 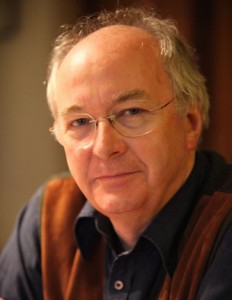 Recently it was announced that the series will come to life on television for the BBC. Pullman himself has shown his enthusiasm for the adaptation to be featured on the small screen. He mentions that dramatic series like Game of Thrones and The Wire proved that longer stories like his can “can reach depths of characterization and heights of suspense by taking the time for events to make their proper impact and for consequences to unravel.”

The series will be produced by Bad Wolf, a production company started by Jane Tranter and former Doctor Who executive producer Julie Gardner and New Line Cinema, who produced the film version. There are currently no writers or actors attached to the project nor has an expected release date been announced. Tranter spoke in an interview with The Guardian about the heavier themes of the novels and how they will reflect better over time on TV than in a watered down film.

The trilogy has sold over 17.5 million copies worldwide and has been translated into more than 40 languages.

If you enjoyed Carly’s dark materials, you can find the rest of her work right HERE on Sci-Fi Bloggers. You can also follow her on Twitter @MrsCarlyRodgers.