As if the new trailer for Star Wars: The Force Awakens wasn’t enough, now we finally get to see the first full length trailer from EA’s Star Wars Battlefront the game. Check out the teaser below.

The game will be released for PlayStation 4, Xbox One and Windows on November 17, before the premiere of The Force Awakens. The teaser is packed with a lot of promise. Perhaps a worrying amount. The footage looks amazing, but the fine print also reminds us that it is game engine footage, rather than in-game footage. 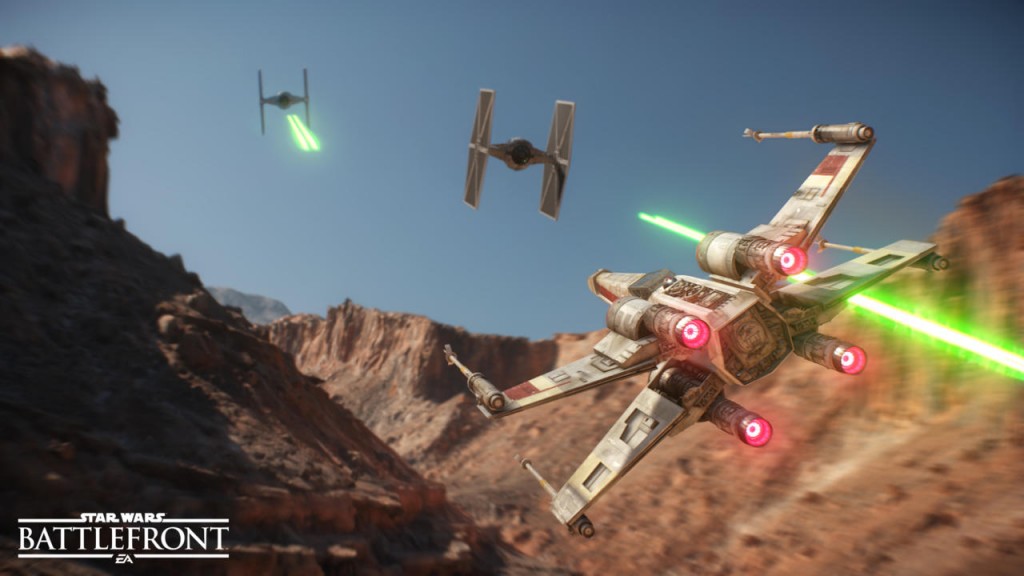 Battlefront will focus on the original trilogy and will span across four planets: Endor, Hoth, Tatooine and Sullust. You can choose to control a Stormtrooper or a Rebel Alliance soldier. Also playable, under certain conditions, are Darth Vader and Boba Fett. However, players will be unable to man vehicles from planet to planet. The good news is that there will be plenty of options to control like X-wings and AT-ATs. Players will also be able to play in either first-person or third-person mode. Downloadable content will first be available on December 8, or the 1st if you pre-ordered the game. The content features and is titled, The Battle of Jakku.

What we know about gameplay, at this time, is limited. There will be no campaign mode but cooperative missions will be offered. These missions can be played alone, with a bot or with a friend. The online mode of the game will be able to support 40 players in one match.

Battlefront is developed by DICE and published by Electronic Arts and the trailer was released at the Star Wars Celebration event in Anaheim. Expect to hear more details in the coming months and be on the lookout for coverage in June from E3.

If you enjoyed the Carly’s battle, you can find the rest of her work right HERE on Sci-Fi Bloggers. You can also follow her on Twitter @MrsCarlyRodgers.