But oh, is it fun to dissect and debate them.

Movie fans around the world were shocked when it was reported that Jesse Eisenburg was going to portray Lex Luthor in the upcoming Batman v Superman: Dawn of Justice. I thought nothing of it at the time. Eisenberg has shown us he’s fully capable of being a class-A jackass (most notably in The Social Network and Now You See Me), so I figured he at least had the right pedigree for such a role.

Comic book characters, as a necessity, must evolve with the times in order to keep the readers reading. But a few things have stuck throughout most of Luthor’s career. He’s a big, intimidating man. He’s an intellectual, but he’s not someone you’d want to run into in a dark alley at night. Granted, he’d probably get someone else to do the deed – the benefit of the billionaire angle – but still, crossing Lex Luthor is not going to be good for your health.

But Jesse Eisenberg’s Luthor is nothing like his comic counterpart. He’s nowhere near tall enough to boast the intimidation factor. I was sorely disappointed to find out that both Henry Cavil and Ben Affleck – Clark Kent and Bruce Wayne respectively – top Eisenberg by at least a foot. How is Luthor supposed to be a contender for his super-powered arch-nemesis when he needs a stepping stool to look him in the eye?

So without height – and therefore intimidation – Eisenberg falls back on a comedic twist to support his performance. Eisenberg’s Luthor is like a nine-year-old on a sugar rush. His first appearance is him boasting at machine-gun speeds, saying everything and anything that comes to him, the moment he thinks of it. He’s over-compensating to an exaggerated degree, making himself look like a fool.

But maybe that’s the point. You can’t embarrass a world-class comic book villain and expect fans to take him seriously. And one of Luthor’s constant characteristics is his intelligence. He’s an expert chess player, with the whole world as his board. So perhaps Luthor is playing the fool so as to keep people’s attention away from his true motives. That kind of deception has Lex Luthor written all over it. 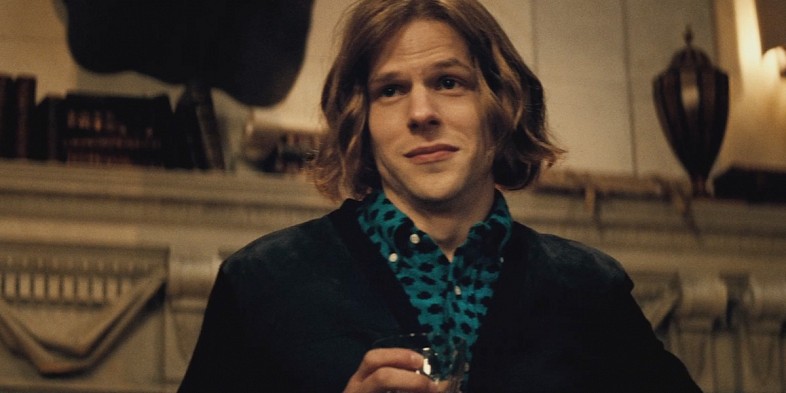 Movie trailers are supposed to hook the fans into needing the film upon its release. Some do this with action scenes, others with Latin soundtracks, yet more with tantalizing character details. Jesse Eisenberg’s Lex Luthor falls into the latter category. He may seem like a fool, but Luthor is always five steps ahead of everyone else. Quite frankly, I can’t wait to see what Eisenberg has up his sleeve.

If you enjoyed Michael’s scheming, you can find the rest of his work right HERE on Sci-Fi Bloggers. You may also check out his personal blog over HERE.