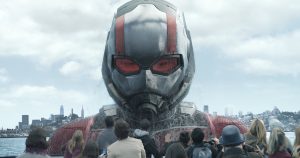 Ant-Man and the Wasp Shrunk My Disappointments And Annoyances

I got to this review too late. I should have written this well before I did—a day after I saw it would have been best—but, I was planning on tearing into it, so, I suppose it’s good for the sake of positivity that I did wait.

A review I read online posited the point of Ant-Man and the Wasp: to be lighthearted. Infinity War had (spoilers) so many character deaths it’s a little absurd—and Marvel is partially a movie series for kids.

They simply can’t be doom and gloom all the time. 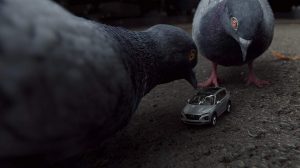 Ant-Man and the Wasp Was Pleasantly Goofy

So, assuming that article was right, it made sense for them to roll out the comedy superhero next. Ant-Man, along with the Guardians of the Galaxy—and now Thor—are the comedic ones, the movies that are purely for fun. I would count Deadpool, but he’s not quite in the MCU yet.

And, they did succeed in cutting the darkness. Moments that could—and logically should—be incredibly depressing in Ant-Man and the Wasp lack a gut-punch. Ant-Man himself never seems to be more than strongly concerned about what’s going on and spits out silly lines and quips. Multiple characters with what could have been truly horrifying backstories and tragic fates have mostly happy endings.

Originally, this pissed me off. It felt hacky. It felt safe. But, now, my usual attacks about deus ex machina rings rather hollow. I also find myself needing to hand it to Paul Rudd for his acting, especially in one scene involving essentially a temporary brain swap that was near-perfect comedic acting. 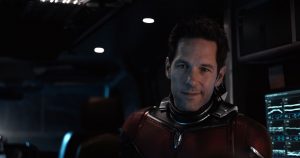 Ant-Man and the Wasp: Difficult To Get Angry With

However, I do still have one issue to unleash. And, full disclosure, it’s a bit petty. A missed opportunity matter rather than a real error.

Simply put: more creativity needed. Every Marvel franchise has its own flavor and gimmick. Spiderman is about coming-of-age stories. Captain America is a spy thriller. And Ant-Man’s whole thing is playing with size.

And they didn’t do enough new with it. Like, sure, we get many shots of cars shrinking, and of a building going small and then large, but, it’s not a ton of variety. It gets a little old as the movie goes. They don’t even bother with basic in-universe rules of physics. Why does suddenly making a car large manage to shoot another car straight into the air without hurting the first car’s roof? Why isn’t the stuff inside the building they run around with broken when they enter it again? 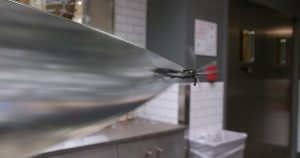 Ant-Man and the Wasp Could Have Been More

Like, I get that’s a nitpick. It’s a superhero movie, logic is not always needed. And I am willing to suspend my disbelief when it’s cool enough visually. The salt shaker blocking the door, Wasp running along a flying knife, those are the best moments, but this movie needed a good 25% more of that stuff. Increase sight gags and unique perspective shot, decrease lame verbal jokes and the same few things shrinking and growing.

But, again, I’m being petty; you should still see it. It’s important to the timeline. Regardless of what could have been, it’s a quality Marvel movie in terms of camerawork, soundtrack, and general polish. Don’t let my bitterness, and possible “superhero fatigue” blunt what you might enjoy—but also don’t go in expecting something on par with the top tier Marvel movies. It’s just a goofy break with characters we already know. 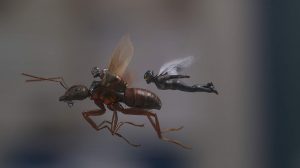 (I think you already know by now, but stay for the multiple after-credits scenes.)