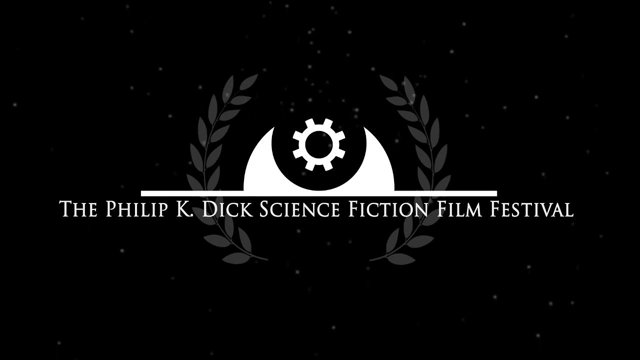 The Philip K. Dick Science Fiction Film Festival is returning to New York City January 15th to the 18th with a fresh new crop of sci-fi shorts and features. This is the third year for the festival and there a number of exciting films are part of the program. I had the opportunity to discuss the upcoming event with festival director Daniel Abella. He spoke with me about the festival’s origins, what he looks for in a great sci-fi film, and the challenges he sees in making one in today’s world.

What inspired you to start this festival?

Daniel Abella: I always had been a big fan of an Argentinian writer, Jorge Borges, who wrote about magical realism. On one occasion I happened to read the back of his book, by Ursula Le Guin, where she mentioned that we have our own homegrown Borges and his name is Philip K. Dick. So I was intrigued by that and I went ahead and started reading a lot of his works and I found that he’s extremely addictive in nature. I also watched a lot of the films that came out of Hollywood that were supposedly Philip K. Dick adaptations but I found them to be lacking in the introspective aspects and more action-based. So I decided there might be a niche for a group of films that would truly represent the spirit of this writer. I think that the first year we did a small screening in one theater in 2011 and the reception was very positive so we decided to go ahead and start [The Philip K. Dick Film Festival] officially in 2012.

How is the Philip K. Dick Film Festival different from other science fiction festivals?

D. A.: We aren’t only showing films that are science fiction. We are also showing documentaries that reflect the interaction between science and science fiction and how the two often intertwine. Our festival essentially is focused more on a paranoid-style science fiction—one that is aware of the impact of technology, not necessarily in the most positive way, and about how our humanity is slowly being affected by that. I think Philip K. Dick has more than other science fiction writers in the way of that. We try to focus on science fiction that’s a little bit more of an intercourse on social awareness and how science and technology is impacting us.

What qualities or themes do you look for while selecting films and speakers for the festival?

D. A.: We’ve had panels in the past that would be regarded as traditional panels between science and science fiction. For instance, back in 2012 we had Ronald Mallet who had started working on a time machine. This is a well-respected, tenured professor at the University of Connecticut whose life was changed after he read H.G. Wells. So we had him on board and we had a great conversation about how science fiction impacted real life. We’ve had panels with well-established UFO researchers. This year we’re having a respected astrophysicist coming in for one of the documentaries called Painting the Way to the Moon. He found a solution to a very complicated physics problem in his paintings. I think this is an interesting thing that is often neglected—there’s this idea that art and science are two separate things when in fact there are currents that connect the two. We try to bring that out in our festival and make it more accessible to the public in a way that’s inspirational and gives people a sense of purpose.

As the festival director, you review countless feature films and shorts as part of the selection process. In your opinion, what are the biggest hurdles independent filmmakers have to overcome when telling stories in the science fiction genre?

D. A.: I think there’s an unfortunate tendency for a lot of filmmakers to fall into certain science fiction traps. Many of our submissions deal with the science of time travel, androids…I would say that it’s important to tell a story. Science fiction is the background and it’s a way of telling a story but it’s important to focus on characters more than just special effects or fancy light work. There’s also a lot of potential science fiction that could be deemed magical realism. That’s a narrative that you see coming out of South America and Eastern Europe, which is easily adapted into a science fiction setting. I would recommend that [independent filmmakers] break out of the normal science fiction themes of space travel, time travel or androids. There’s a lot there that is really intriguing and awe-inspiring. That’s from a narrative point. Now, the filmmakers of today have to deal with a world that is much more fragmented in terms of the distribution method. It’s very important for them to build their audience from the beginning as they are making the film rather than just make the film then expect someone else to promote it. That’s the challenge I would say an independent filmmaker has now, to create his own audience, because it might come at the expense of writing a good story. They have to be a good businessman and a good artist at the same time and it’s very hard to find the right mixture.

Is there anything different about the festival this year as compared to previous years?

D. A.: This is one of the few real science fiction festivals in New York City. I mean, New York City has a horror film festival, but unlike other cities, New York hasn’t had an official one in a long time…I think it’s time New York had its own science fiction film festival. A lot of New Yorkers are big fans of science fiction. The difference between this year and last year is that we’re getting a lot more features and these features are a lot more developed—the production value is truly outstanding. We’re also getting more films from other parts of the world, such as Europe and Asia, so there’s a lot more integration going on in terms of the type of product we’re getting. We were getting a lot of shorts but now we’re getting enough features so that it’s about 50-50.

Why should sci-fi fans come out to the festival?

D. A.: If you’re in New York, you should definitely support it because New York needs this kind of independent film. New York is being challenged by rising real estate prices—a lot of the venues are closing down because they simply cannot pay. Millenium closed down IndieScreen where we used to show our films (it was actually bought by Vice Media). If sci-fi fans in New York really want to have a real independent scene, they should go out and support it. They really need to because it’s a battle out there. The real estate market is brutal and we really need to make sure these venues are kept alive. I think the kind of science fiction you’ll be seeing at the Philip K. Dick Film Festival is more future-oriented, more socially aware and more impactful. It takes into consideration the technology of now and the future, versus the kind of science fiction that is so way out there that people really cannot connect to it. I always like to say that science fiction is really the science of tomorrow. The kind of science fiction you’re going to see in our festival is the kind of technology that will probably be developing in the next thirty or forty years, so this is like a peek into the future.

What is your personal favorite film adaptation of a Philip K. Dick story?

D. A.: That’s an interesting question. Let’s see…The Adjustment Bureau, I really liked that. The Linklater one, A Scanner Darkly, I could have done without the rotoscoping. I did think that was a little distracting—the story is great and well acted. I think as far as my favorites that would be number two. And of course, Radio Free Albemuth, which I supported. I think it’s probably the most faithful adaptation of his work.  If you’ve read the book, you need to watch the film because it’s a true reflection of that.

Do you have a favorite Philip K. Dick novel or short story?

D. A.: My favorite is probably still VALIS…because it explores science fiction themes but also metaphysical themes…I’m hoping someday somebody will make a really good adaptation of that.

Are there any other science fiction writings that you would love to see adapted for the screen?

D. A.: Well I think Asimov—I believe one of the Nolan brothers is going to be making an adaptation of the Foundation series, which is something I read back in high school. That should be very interesting. I guess I’d like to see more Arthur C. Clarke work done and there are a couple more of these cutting edge writers, like Charles Stross. I think his stuff is absolutely fascinating.

The Philip K. Dick Science Fiction Film Festival is just a few weeks away. Come out to show your support for independent film and enjoy a free night of sci-fi short films on Thursday, January 15th. Check out the press release for a full list of the films and get your tickets for the rest of the festival here.

This interview marks the official debut of Marlo Clingman, formerly a guest contributor of the site, now an official one. Here’s to many a quality piece from her!