American Gods is not a show for children. I realize in the modern day, most would not bat an eye at the idea of a teenager watching an M-rated show, but I have to say this for any adults, any parents, any kids who are interested in American Gods: it’s very graphic.

I’m of the mind it’s okay if art is graphic—if used correctly. And I think, for the most part, this show manages that. It’s only somewhat gratuitous. The most intense scenes by episode three all seem to have some plot-relevant reason for happening. So, forgivable?

But, regardless, let’s get to the review proper. I’m pleased to report that this adaptation of Neil Gaiman’s book comes as another addition to the Golden Age Of Television. 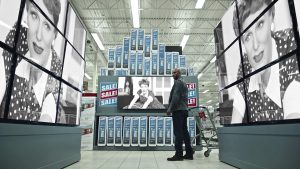 Though, that’s not to say the show is not unique. It’s weird and trippy. A ton—and I mean a ton—of characters are not human, and the greatest triumph of the show, and the reason to really dig into it, is that they do not talk or act like humans. That’s not easy for a scriptwriter to achieve. From the way the characters think, to how they act, to how they move, they get across the idea of being higher beings.

But that doesn’t mean the story is about perfect creatures. As any fan of classic mythology will tell you, the gods are not infallible and have all sorts of wild personalities. And wow do we see that in the first three episodes. Petty and angry and inscrutable and mysterious and very blunt. Human foibles given to beings with substantially less care for formalities or morals. 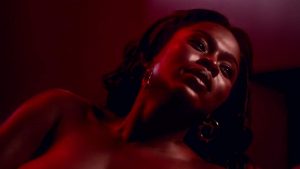 The whole show is a trip into a dream—with adult themes peppered all over the place. The gore is not realistic looking in the slightest, but, as I said in the beginning, the other stuff is quite risqué. It’s building a fascinatingly weird world. The New Gods (the main “villains” of the series) are also wonderful social commentary. The God of Technology (called “Technical Boy”) is a personal favorite of mine, just from his out-there and wild aesthetic, and, my own personal like of technology and the internet. 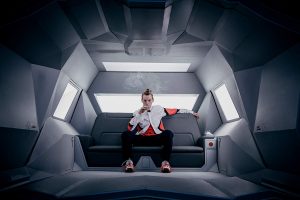 But, as all things tend to have, there are a few flaws. One of them is a double edge from something I praised: the dialogue. The gods talk how I imagine a god might talk, but a lot of the human characters do as well—at least in the early episodes. It lends a level of charm and whimsy, but couples do not speak the way Shadow and his wife do. 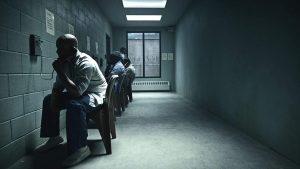 American Gods Has A Distinct Style To All It Does

It’s not a big issue, though. None of the stuff I disliked is even close to a deal breaker. The show has a habit of not simply telling the audience stuff maybe they should know—but I didn’t mind that either. Perhaps it leads to some bonkers moments down the road or relies on the audience already having some knowledge—but I had a heck of a time figuring out what even the god that killed cattle was. Resorting to internet searches may be simply a product of modern times and perhaps it’s a fault of my three-episode rule—but I had to point it out for a full review. 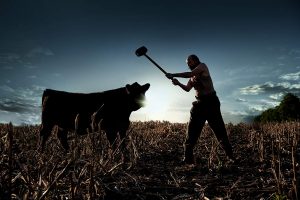 American Gods Is Bold And Unashamed Of It

Regardless, this show is good, fun, interesting, and charged with ideas. It’s political, it’s sexual, it’s violent, it can become wildly heavy-handed with its messages and yet also deliver effective visual storytelling. It might become dated just by the nature of the story and its attempts at being topical. But that’s true of a lot of media. It’s the price of being poignant sometimes. And, at this moment, in 2019, at least so far, it’s fitting and interesting, and a show that I hope I can find time to keep up with because I’m deeply curious to see where this madness goes. 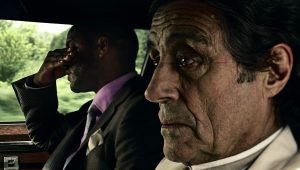