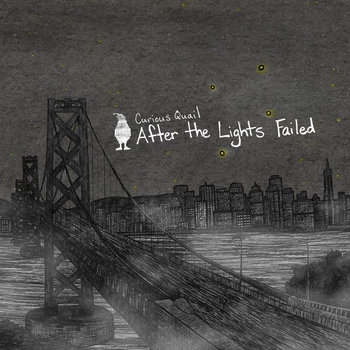 After the Lights Failed is a chaotic album, and I mean that in the best possible way. It kept me on my toes as I drifted through each song, losing track of time and where I was. It jumps through styles, and it spins into ballads, and races upward into guitar riffs that I could only describe as “kickass.”

Their style does not seem to have any defined rules, and a single song can go through many different instruments and tempos. The only thing that remains consistent throughout, is its excellence. It almost seems as if during the development they asked only one question, “Does this sound good?” The answer to that was all that mattered.

Every time I thought I had a handle on what kind of songs I was going to get, it changed up on me. At first it was swelling instrumentals, then it went into soulful ballads, then screaming electric guitar, and finally moving into Nintendo-style 8-bit tunes. Yet, and this is the important part, I understood why all of those things were there; the sounds always fit.

I equate it to a hypothetical Disney’s Fantasia sequence, where each instrument is its own character and they are all telling their part of a wider story. I was wearing a jacket while listening, and was getting chills constantly, and something tells me it’s not the cold outside. Every time a new instrument made itself known, I was almost literally out of breath.

My favorite part though, the thing that made me love this album, was the visuals. Yes, you read that right, the visuals, because despite being a purely auditory experience, every song conjured up images in my head. It’s somehow…cinematic, and would be a perfect soundtrack for a movie. That is, if it required a movie, as it conjures one for you. It’s the essence of a film climax, the hero rising from the dust, the villain’s defeat, the lover’s triumphant embrace, the self-sacrifice, the quiet rejoice, and the hopeful future together. The finale of every great movie you have ever seen, in musical form. This applies across multiple genres, and at one point I shouted, embarrassingly loud, “Oh, this part’s a drama!”

It’s a rare thing, a song that can make you imagine a world, and an even rarer thing for an entire album, but After The Lights Failed does it effortlessly, delivering music that would only be diminished by trying to define it. The kind of art that makes your eyes widen, and tilts your head toward the sky, so that you might just soar with it.

If you enjoyed Brandon’s review, you can find more of his work on his website, Coolerbs Reviews. You should also take a look at his many short stories in our Friday Fiction category.