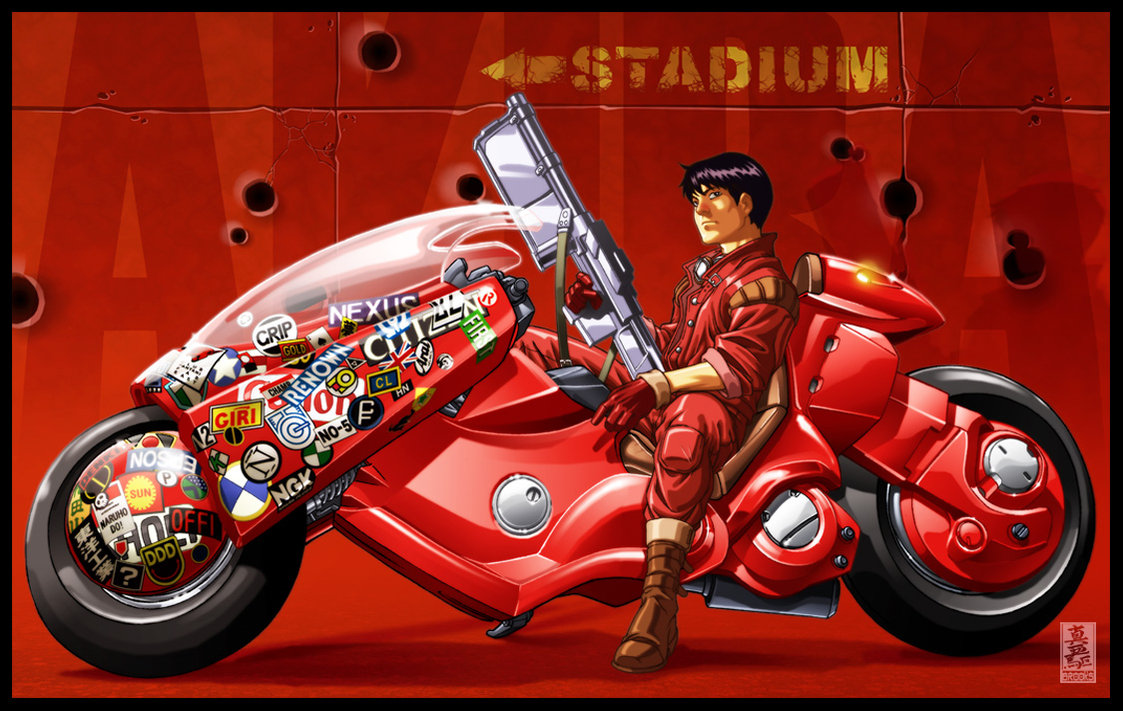 For years, I have been feeling the steam of Katsuhiro Otomo’s Akira, but I’ve never seen the fire. Akira is the 1988 animated film adaptation of the eponymous manga. The show is set in a dystopian Neo-Tokyo where gangs, violence, and anti-government groups have become the norm. The government is corrupted by money and police brutality, with injustice around every corner. 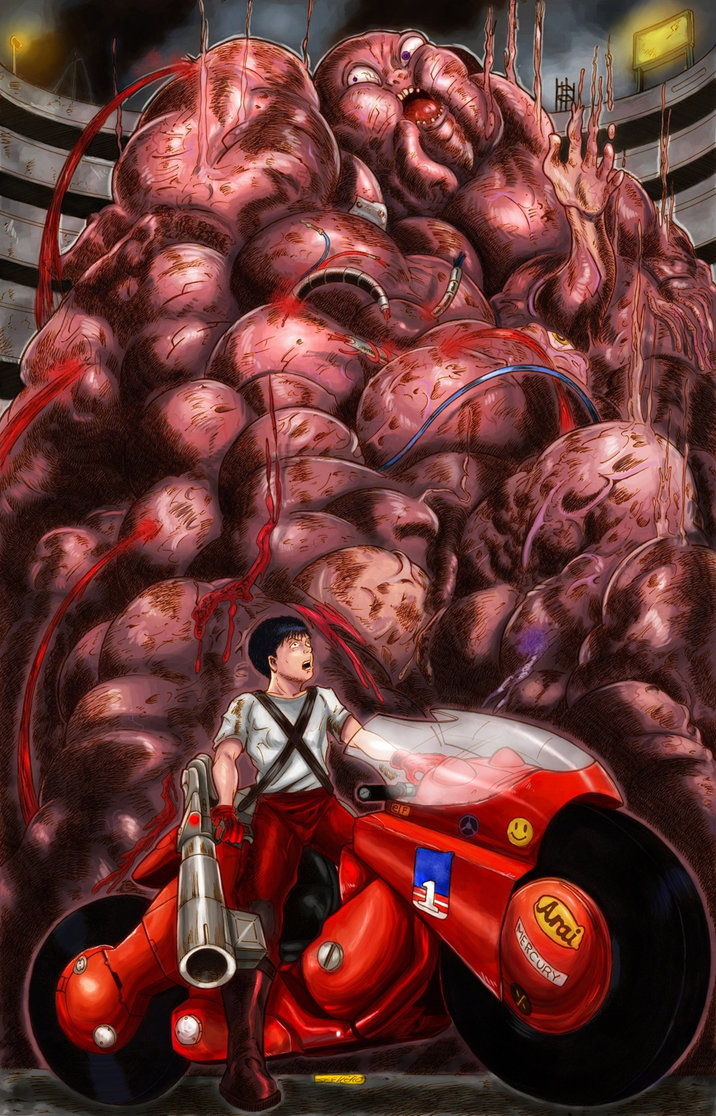 Shotaro Kaneda and Tetsuo Shima are members of a biker gang, concerned with only their ongoing feud with a rival gang, the Clowns. That all changes when Tetsuo is hospitalized at a government institution after an encounter with one of the Espers, or Numbers.

An Esper has the body and voice of a child, but the face of an older person and superpowers. After the encounter, Tetsuo is haunted by the voice of someone called Akira and frightening hallucinations. He also has developed capabilities similar to the Espers and an uncontrollable amount of power.

Tetsuo goes insane, to say the least, leaving a very long trail of bodies. The power consumes him physically and mentally, and it is up to Kaneda to save all of Neo-Tokyo from Tetsuo’s destruction.

The graphics are amazing with an interesting plot. The year of the film is supposed to be in 2019, and I’m very happy Neo-Tokyo wasn’t like The Jetsons.

In fact, Neo-Tokyo really only differs from present-day Tokyo in social aspects. The film did a great job of depicting a society in disheveled state with political unrest. It was also very much made in the 80s with the clothes, the styles, and the music. It reminded me a lot of a cross between Dragon Ball Z and the 2012 movie, The Chronicle. I only say The Chronicle because it’s a story about a young man that can’t handle the immense power, the Akira, given to him and goes completely off the deep end, turning on his friends and attacking everyone. Yes, he is that large mess on the right (looks a teeny bit like Buu, huh?)

Akira came out at around the same time as Dragon Ball Z  with YuYu Hakusho treading not far behind, so the similarities are really apparent. From the coloring, the sounds, the fight sequences, if you’re a fan of any anime the late 80s- early 90s period, this film will not disappoint.

Overall, it’s a great film, worth a watch to jump-start or rekindle your affections for anime. This film is 125 minutes of action and suspense, but beware it’s rated R for a tinsy bit (ONLY ONE SCENE) of nudity, heaps of violence (truckloads, actually), and of course, language. Subbed and dubbed versions are available, so if you hate reading subtitles, now you have no excuse not to check this movie out!