If actions speak louder than words, then movie posters crush rumors and confirm suspicions. That’s exactly what the new poster for the upcoming Avengers: Age of Ultron does.

Firstly, fans get a peak of Paul Bettany’s Vision character. There he is, floating just about the Hulk’s head. Also, it seems like there are a few too many Ultron robots for the gang’s liking. 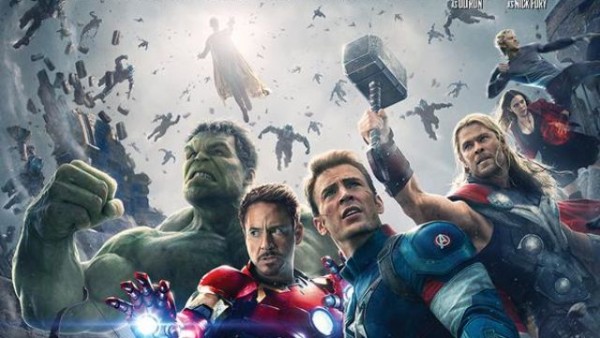 If you look even closer at the poster, you’ll notice the boring part where they list the names of people involved with the film including directors, producers and actors that will be appearing. Not super exciting. Except, that some of The Avengers seem to be bringing some pals out to play. From Iron Man 2 and 3, is the renowned Don Cheadle as Col. James Rhodes getting a spot on the billing. Perhaps a hint about Iron Man 4? Audiences will probably get a sneak of 2017’s Thor: Ragnarok since Idris Elba and Stellan Skarsgård are also listed to return as Heimdall and Dr. Erik Selvig, respectively. In sort of suspected news, fan favorites Haley Atwell and Anthony Mackie of Captain America’s crew are expected as well.

Even below those names lies a little secret. It’s the name of a composer. A composer? What’s so exciting about that? Well, dear friends, that composer is Danny Elfman, who provided the score for Sam Raimi’s Spider-Man movies. I know it’s a stretch and it’s been reported that he’s just providing “additional music,” but we can still have hope, right?

We already know Spidey is officially confirmed to be in the Marvel Cinemaitc Universe. Could he be having a small cameo toward the end of the film?

Check out the latest trailer from Age of Ultron right here:

If you enjoyed the Age of Carly, you can find the rest of her work right HERE on Sci-Fi Bloggers. You can also follow her on Twitter @MrsCarlyRodgers.