After reading the latest chapter from the Bleach manga series, the outburst of sheer fighting launched me into the past where the first crossing of blades began. Dating all the way back to Kurosaki Ichigo’s first encounter with soul reaper Kuchiki Rukia, how can we forget the arc that started it all? No doubt the recent battles have evolved in terms of style and violence, lets take a stroll down memory lane and take a look at some of the most entertaining battle pairings that led up to Aizen Sōsuke‘s invasion of Karakura Town. 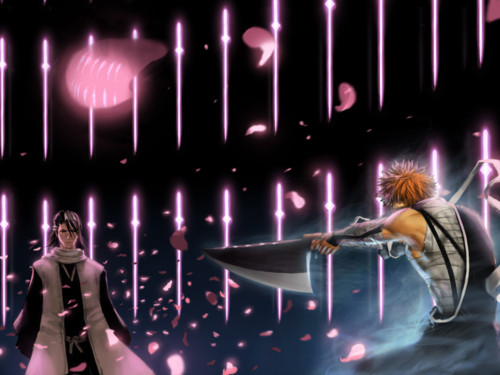 Who can forget the epic battle that took part on Sōkyoku Hill moments after Rukia was saved? A favorite by many, the audience is introduced to Byakuya’s deadly abilities with his blade, Senbonzakura, followed by Ichigo’s first use of his Bankai, Tensa Zangetsu. Truly an electrifying fight, it comes as no surprise that both characters are high up in the popularity charts even to date. The noble’s petals may be pink, but it will be wise not to underestimate the power of a thousand deadly blades that are spiraling towards you. As for Ichigo, well, what else is there to say about his sleek blade? 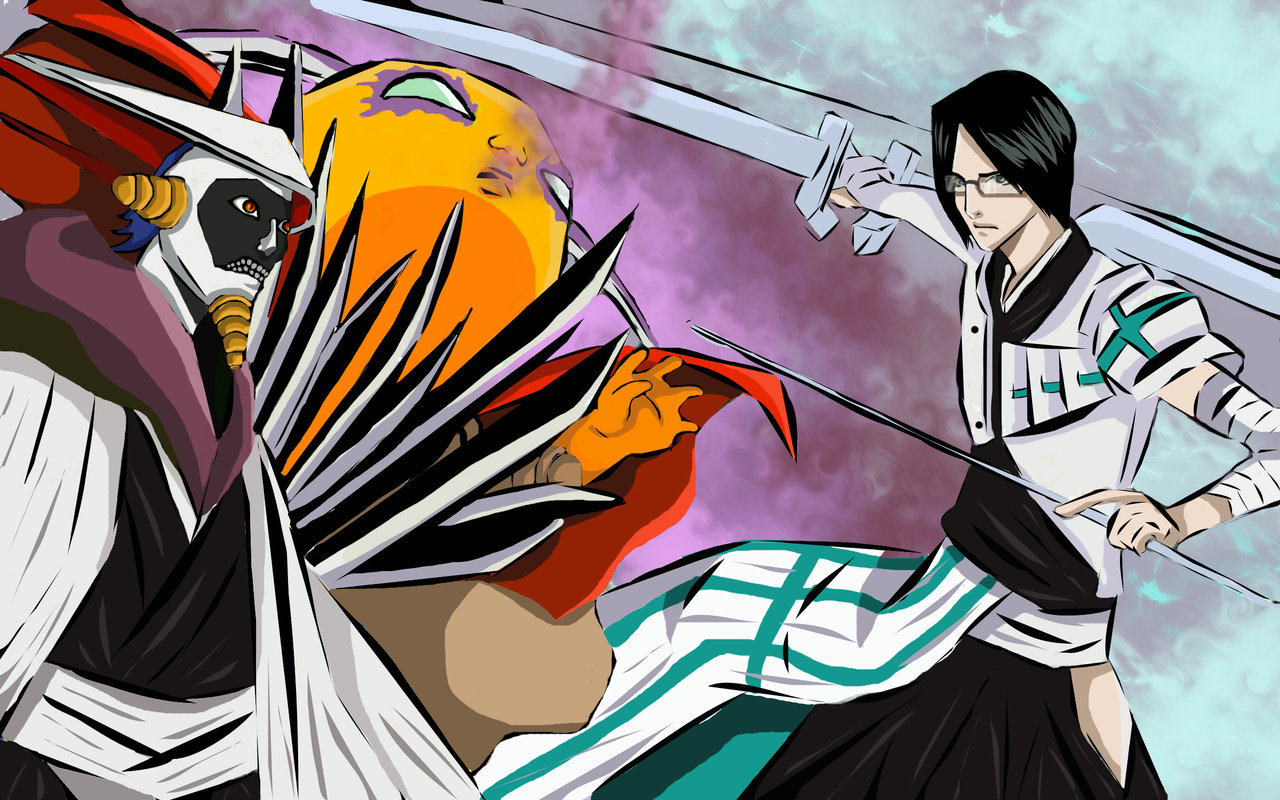 Another battle that really stood out for me during the first arc was the pairing between Ishida and Mayuri. Watching Ishida’s Quincy powers come into full bloom was fully entertaining and facing a sadistic opponent with an entirely different personality just seemed to good to be true. Although this particular fight rarely gets chosen as one of the best battle scenes in the earlier portion of the series, I hold my head high in stating that Mayuri deserves a greater deal of appreciation. As the scientific spine of Soul Society, I can honestly say I was taken aback when I first witnessed the release of his Bankai, Konjiki Ashisogi Jizō. 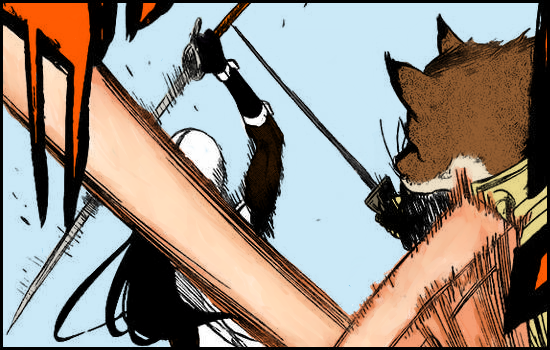 Although creator Tite Kubo barely honed in on the close relationship that was shared between these two characters, their first and final confrontation in Karakura Town left me tearing up. One of the best on-screen pairings, this battle is unforgettable in the sense that it was filled with emotions and fragments of the past that made Komamura and Tosen such an ideal pair. Truly melancholic up until the moment of Tosen’s violent death, it was truly a shame to see the pair reunited once more only to be separated yet again, for good. 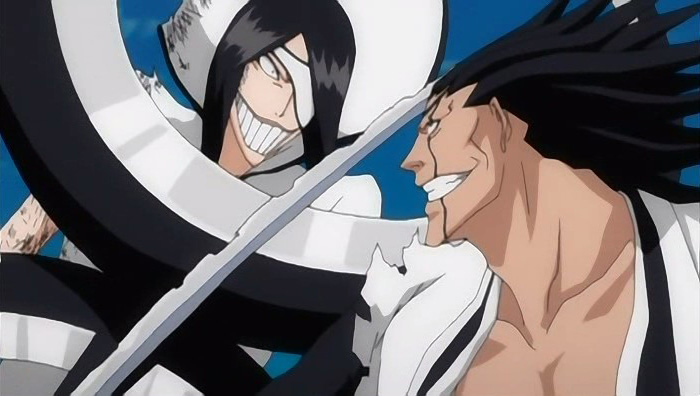 Brute versus brute. Two infamous characters from their respective realms who meet in battle only to discover that they are not so dissimilar from one another. The battle between Kenpachi and Nnoitra was truly a momentous one, pushing both characters to their absolute limit. Not only do we bare witness to Nnoitra’s resurrecciónform of Santa Teresa, but we also see Kenpachi utilize a mode of attack he has never used, namely kendo. This much blade fighting with minimal use of any other power just gets those nerves twitching in excitement. 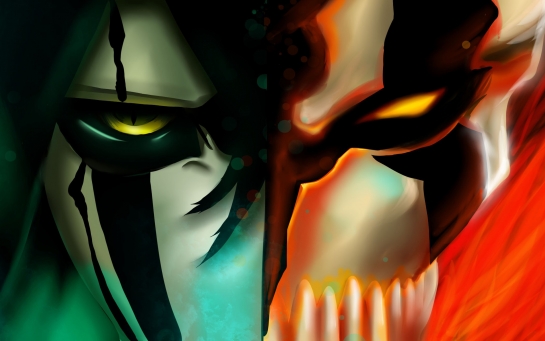 An epic battle between two demons. Red versus green never looked this good until we had witnessed the thrilling battle between Ichigo and Ulquiorra. One of the most powerful Espada within Aizen’s army, Ulquiorra’s double resurrecciónwas fascinating beyond words. When combined with a fully hollowfied Ichigo, the pair certainly makes it onto any list of Bleach favorites along with an absolutely heart rending conclusion that leaves fans in shambles over the loss of the Cuatro Espada.

Who are your top five pairings from Bleach?