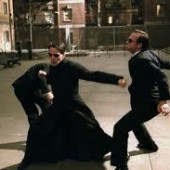 People don’t seem to like it when sequels are filmed back-to-back. For some reason, the result of finishing up a trilogy to a wildly successful film by killing two birds with one stone and filming the remainders all at once just rubs people the wrong way and the results are almost never looked upon as…

Directed by Marc Forster Written by Matthew Michael Carnahan, Drew Goddard, and Damon Lindelof Starring Brad Pitt, Mireille Enos, James Badge Dale, Daniella Kertesz, Fana Mokoena and David Morse PG-13, 116 minutes I had a conversation with someone once who claimed the zombie narrative was dead despite its current re-emergence into the pop culture lexicon….

Ever since the big announcement of Batman’s inclusion in the upcoming Man of Steel sequel, rumors have been swarming this way and that regarding what we should expect from the blockbuster sequel. Of course, we won’t know for sure whether this will prove to be the culmination of all comic book fans have ever wanted…