The upcoming X-Men: Apocalypse has found its Apocalypse. Actor Oscar Isaac has snagged the role of the latest villain in the franchise. Isaac garnered critical acclaim for his recent titular role for Inside Llewyn Davis, directed by the Coen brothers, and will be appearing in Star Wars: The Force Awakens. 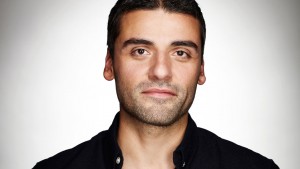 Apocalypse will be set in the 1980s, so the cast will appear as their younger selves, except for the ever-present Hugh Jackman as Wolverine. Jennifer Lawrence, Michael Fassbender, and James McAvoy will return as Mystique, Magneto, and Professor X, as well as Nicholas Hoult as Beast and Evan Peters as Quicksilver, the character that stole the show in X-Men: Days of Future Past. Joining the cast could be Channing Tatum as Gambit, but his appearance in this film has not been confirmed. Looking to be cast are younger versions of Jean Grey and Cyclops. Actresses being looked at include the updated Carrie’s Chloe Grace Moretz, Super 8’s Elle Fanning, and True Grit’s Hailee Steinfeld. On the actor side of things, Interstellar’s Timothee Chalet, Red Band Society’s Charlie Rowe, and EastEnders’ Ben Hardy are being considered.

The character of Apocalypse is an intriguing one. He’s this blue-grey mutant from ancient Egypt that can kind of do anything he wants. He was a penultimate villain in the 1990s, and then fizzled out. What’s exciting about his character is that he comes with a four-pack, a group of buddies known as the Four Horsemen of the Apocalypse. Awesome. The horsemen War, Famine, Pestilence, and Death, ride or die sidekicks who tend to get their hands dirty, like, real filthy.

Plot details are unknown at this time, but the film is scheduled to debut on May 27, 2016.

If you need a reminder of Apocalypse, you can check out the post credits scene from X-Men: Days of Future Past.