Ezekiel (played by Khary Payton), Eugene (played by Josh McDermitt), and Yumiko (played by Eleanor Matsuura) are formally introduced to Juanita “Princess” Sanchez (played by Paola Lazaro). She’s excited to see people after a year of isolation (although she isn’t completely sure they’re real) and takes pride in walker displays she’s set up. Princess kills some walkers with her machine gun which sends the group’s horses running scared.

Against Yumiko’s objections, they accept Princess’s offer of help finding cars. Beta (played by Ryan Hurst) and several Whisperers lead the horde of walkers he gathered last episode into Alexandria but find it seemingly deserted. Aaron (played by Ross Marquand) and Alden (played by Callan McAuliffe) spy on them from a tower; when they begin to move on, they follow to track them. Beta nearly kills another Whisperer who refers to him as the new Alpha and begins to hear her voice in his head. Judith (played by Cailey Fleming) goes out to the woods to be with Daryl (played by Norman Reedus) to help him patrol; she refuses to go back so he grudgingly accepts her help. Princess ends up leading the group into a minefield and, worse, loses her sense of direction. Carol (played by Melissa McBride) and Kelly (played by Angel Theory) go out on an errand where Carol takes a moment to apologize for what happened to Connie (played by Lauren Ridloff). 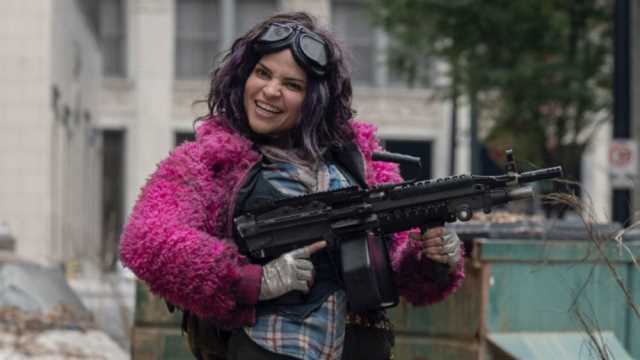 In the few seconds we met Princess last episode she seemed very extra and we weren’t let down there; she’s like that super energetic coworker that people either love or hate. There’s so much darkness and death on the show that this explosion of positivity and quirkiness is a breath of fresh air. Speaking of darkness, Beta is now hearing voices which makes the giant psychopath even more dangerous, and not just to communities. This is the second time we’ve seen Beta turn against his Whisperers and if that keeps up the war will end because they’ll decide to ditch his crazy ass. Carol continues her apology tour, and, since Connie didn’t make an appearance, the big reunion should happen sometime during the finale. Judith is like the kid you’re babysitting who won’t go to bed and eventually you give up and let them watch tv with you, except in this case it’s going out and risking getting killed.

At the group’s hiding place, Negan (played by Jeffrey Dean Morgan) talks with Lydia (played by Cassady McClincy) full of tension due to him killing Alpha (played by Samantha Morton). Lydia knows the person her mother was but can’t hide her pain and says she wishes Negan died too. In the minefield, walkers begin approaching and setting off multiple mines, with some concentration Princess makes progress finding the path out. They’re furious when they realize Princess could have taken them on a shorter, safer route but she only wanted to prove her worth in hopes they wouldn’t leave her alone again. Judith and Daryl spot a Whisperer leading some walkers; they injure the Whisperer and give chase when she runs off. They find her collapsed and she reveals she was going off on her own because Beta has become unstable. When she claims Beta doesn’t know where the group is hiding, Daryl puts her down, ignoring her pleas not to be able to ‘walk’ after she dies; Judith is noticeably shaken by his cold behavior. Aaron and Alden realize the Whisperers are now leading the walkers to where everyone is hiding but get surrounded. 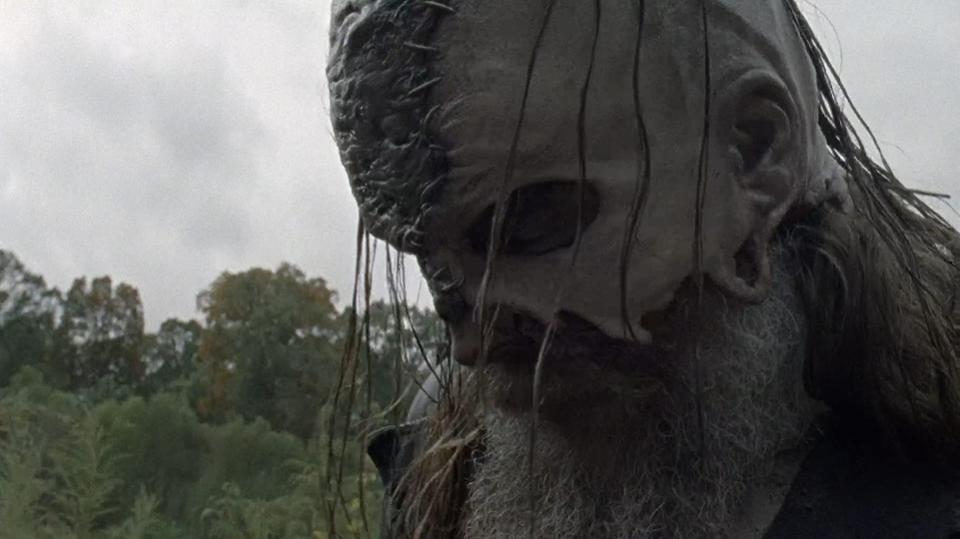 What do the voices say?

I love this dynamic between Lydia and Negan; he saved her life, but he’s also killed her monster of a mother. Lydia may have turned her back on Alpha but that’s still her mother. Personally, I’m glad Negan didn’t also die since he’s a consistent source of entertainment on the show. Princess showed a vulnerable side and is desperate not to be left alone with the voices in her head (watching her have conversations with herself is both funny and sad). The Whisperer Beta threatened was ready to peace out but had the bad luck of running into one of Daryl’s arrows. I think Judith wondered if they would take in the Whisperer since she had defected, but she only left out of fear of Beta. The woman openly said she loved her people. Aaron and Alden were like 20 feet away from the Whisperers and their horde, of course they were going to get caught. Beta never struck me as a take prisoners kind of guy but maybe he had a vote with the voices in his head and they came to that consensus.

Negan tries to get Lydia to open up about how she’s feeling; she angrily accuses him of only trying to make himself better and attacks him before breaking down in his arms. Princess leads the group to the garage and finds bikes instead of cars, but, out of gratitude, they ask if she wants to join and she enthusiastically accepts. Judith admits to Daryl she’s scared Michonne (played by Danai Gurira) may not come back. He assures that she will, and that Judith has lot’s more family that need her. He gets a call on the radio and learns Beta has taken the horde and surrounded the others.

Lydia found at least a little closure it seems but also touched on something important; even when Negan does something ‘good’ it’s for selfish reasons so can he ever really be accepted in the group. It seems Judith didn’t tell everyone why Michonne left; if I had to guess it was so they didn’t all trip over themselves to join her. I was as happy as Princess when they made the offer for her to join them and I can’t wait to see her bring more quirky fun. I don’t see the Whisperer War ending in the finale, if anything, there’ll be a massive battle. But I’m hoping to see it play out more next season because I think there’s still a little more story there.

“I don’t know what’s gonna happen. There ain’t no one that can tell you they do. There’s one thing I do know. There’s a whole bunch of people back there that would do anything for you.”

Due to the coronavirus pandemic the season finale was postponed, so you’re kept in suspense for a few weeks.

“I haven’t seen anyone in over a year, and the first ones I find seem like a bunch of meanies.”