Daryl (played by Norman Reedus) brings Lydia (played by Cassady McClincy), Connie (played by Lauren Ridloff) and an injured Henry (played by Matt Lintz) to Alexandria. Michonne (played by Danai Gurira) is hesitant to trust Lydia and their arrival sparks a flashback of Jocelyn (played by Rutina Wesley), a woman Michonne knew before the apocalypse arriving at Alexandria.

Jocelyn begs Michonne to look for the children she was looking after and Michonne takes a group out, finding the children hiding in a building. They’re all brought back and Michonne and Jocelyn enjoy their reunion, Jocelyn convinces a heavily pregnant Michonne to continue her search for Rick’s (played by Andrew Lincoln) body. In the present, Daryl leaves with Henry, Lydia and Connie to keep moving away from the Whisperers. Daryl encourages Michonne to tell Judith (played by Cailey Fleming) about something that happened in the past but Michonne is worried Judith is too young to understand. Michonne tries to talk with a distant Judith but doesn’t find her in the house, she goes to Negan (played by Jeffrey Dean Morgan) to see if Judith was there and demands to know what he talks about with Judith. Negan admits he’s told Judith stories about Rick as well as some of the bad things he’d done in the past. He also tells Michonne that Judith doesn’t agree with Michonne’s ways of running Alexandria including not allowing new people in. 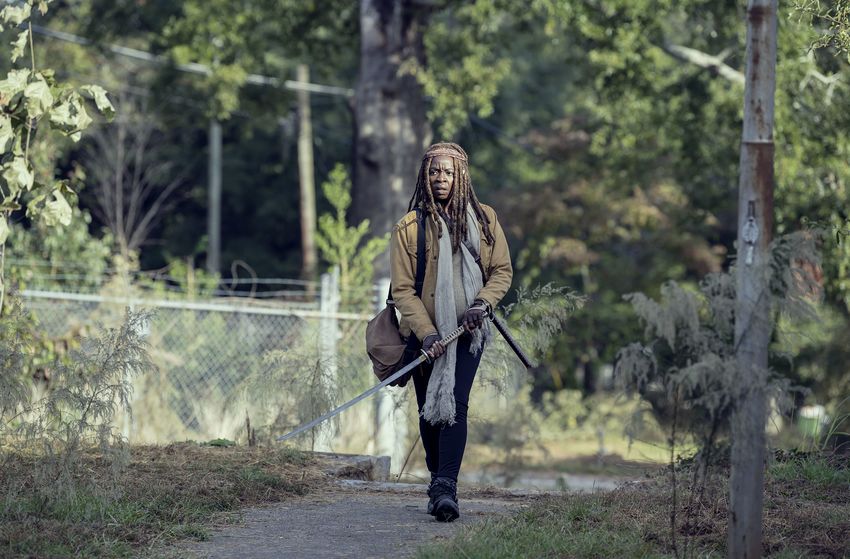 Don’t mess with a mom.

Surprise reunions with old friends are always fun, especially when you think everyone you knew in the old world is dead. Michonne is shown as a fiercely protective mother in this episode which led to the return of her son. Aside from being used as a shock reveal several episodes ago we haven’t seen or even had a mention of him until now, you’d think the love child of Rick and Michonne would be featured more. Michonne talks about a terrible event in the past (suddenly the Jocelyn flashbacks aren’t so sweet) and given what kind of stuff they’ve gone through it must be a doozy.

Negan has told Judith the good, bad and ugly about his past so clearly she can handle hearing about bad things. Negan and Judith have a complicated relationship but no matter how much Negan is portrayed as changed and less violent, but nobody’s letting him out of that cell. But at least we get emotionally charged scenes like with Michonne to keep his character interesting while he’s essentially sidelined.

Back in the past, Michonne goes to visit Jocelyn the morning after Judith and other children from Alexandria slept over with Jocelyn’s children. They find the house empty and while looking around discover a man dead, and the infirmary and the pantry raided. Michonne and Daryl go looking for Jocelyn and Daryl tries to comfort Michonne who’s both angry and heartbroken at the betrayal of her friend. Several of Jocelyn’s kids ambush Michonne and Daryl, they’re captured and branded with hot pokers. They break free and split up, Michonne has her stomach sliced by one of the kids and is attacked by Jocelyn who she kills.

When Jocelyn’s children go to kill Judith and the other kids from Alexandria, Michonne is forced to kill them when they don’t back down but allows one to run and frees Judith and the others. In the present, Michonne goes looking for Judith and finds her fighting a group of walkers, together they manage to kill them all. They talk and Judith reveals she remembers what happened and that Jocelyn and her kids were bad and Michonne had no choice. 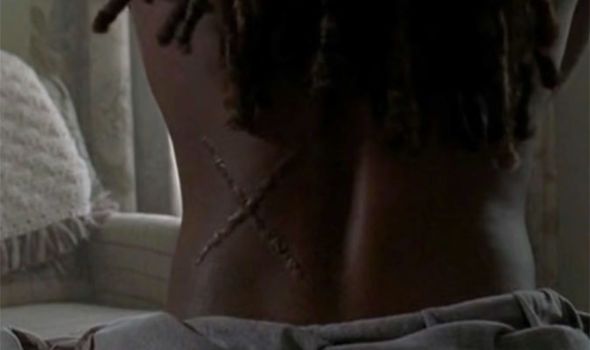 It always seemed strange that Michonne was so closed off to the other communities but now it all makes sense, being betrayed by someone she was so close with. You have to give props to Jocelyn for the idea of having a gang of killer children, kids are easy to mold and nobody would ever suspect them as a threat. Michonne was so against the idea of hurting children she couldn’t bring herself to fight back even when they were actively trying to kill her. If she hadn’t been pregnant and trying to save Judith, Michonne may not have had the strength to take them down. It’s great that this far into the show they can still find new and exciting ways of showing how savage people can be to survive. Although allowing that one girl to escape wasn’t smart, those kinds of people tend to grow up with a vendetta and come back to haunt you.

Judith says closing themselves off from the other communities feels like they no longer care about them. Michonne tells Judith that she only wanted to keep her and her brother safe but that they have to start protecting everyone they love. They go out to find Daryl and the others to escort them to the Kingdom, but when they arrive they’re watched from the trees by Whisperers.

Michonne has finally decided to let the walls down and reconnect with everyone and of course it’s not a moment too soon. The Whisperers are already pissed after Daryl got so many of them killed plus taking off with Lydia. Looks like the big fair is going to be canceled or more likely it’s going to be a bloodbath.

“I’ve heard the stories. How you all fought the Saviors and won. You can do that again.” “You haven’t heard all the stories.”

The war against the Saviors was so recent it’s odd to hear people recount it as an old war story.

“I’ve done things to protect this place. Some things I’m not proud of. Some I try to forget.”

Judith is pretty good at handling walkers for a kid, although now kids basically grow up learning how to do it.