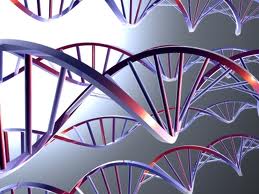 I’m not one for biology in the sense of genetics, codes, mutations, alleles and chromosomes and everything else which I just refer to as “stuff”. I like my science simpler- like rain shadows and solar power. In any case, the Punnett square was not my friend in sophomore biology. However if there is one thing that even basic, unscientific Americans like myself tend to see it’s that children tend to be the combination of their parents; hair color from Dad, eye color from Mom, creepy elongated foot from Great Aunt Ethel who did crack cocaine. She was on your mother’s side. In any case, when it comes to science fiction and super powers something that always annoyed me and that like those dastardly Punnett Squares and Genetics reports and trifling cytosine, adenine, guanine, and thymine I just did not understand is how when two super powered individuals- say person who can shoot fire and a person who could shoot water, why it is their child would be able to turn into a bird?

Most stories that deal with super powered individuals tend to require the audience suspension of disbelief- well most television does. However, science fiction is just that- science fiction telling the stories of what could possibly be in our future but we do not have the technology or understanding of the natural world to yet identify with. It is fiction and science based off the possibilities a hundred years from now.  In thirty to forty years maybe there will be some new genetic mutations that allows people to fly or a virus that makes people able to teleport but there has always been an explanation.  And yet in regards to a genetic basis for superpowers, something that we have a good understanding of it seems to be whatever the writer needs this child to have, it will have it. 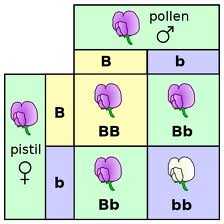 For some reason I could never understand these tiny four squares. Instead I would roll up some papers and play miniature foursquare with my friend.

Some known offenders of course are in X-Men the Scarlet Witch and Quicksilver, children of Magneto ( the former is a chaos witch and the latter has super speed, and their father could bend metal), The Incredibles ( an entire family, all with powers completely unrelated to one another),  Heroes ( Nathan can fly, his brother Peter can mimic other people’s abilities; D.L. who could walk through solid objects and Nicki who had super strength they had a child who could talk to technology and whose cousin could perform any physical maneuver she sees). All of these characters are set in worlds where technology and science are important, genetics is important and yet their powers are completely unrelated. 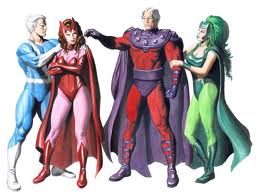 Really, is there any way that these four are related? Like at all?

What I find to be even more ironic is the fact that Charmed, a show about witches and the supernatural follows the more standard genetic pattern of the children either inheriting one power or another so long as it appears in their genetic history. All of the Halliwell children could either freeze time, have some form of telekinesis, or premonitions. When a witch and whitelighter got together and made a few babies, it had an amalgamation of those powers was seen. Such as with the character of Paige who  had the telekinesis but due to her father being  a sparkly angel guy, the things she moved disappeared in  fancy, fancy lights, and then reappeared where she wanted in the same way, like how a Whitelighter teleports.

Like I said, I do not know too much when it comes to genetics, and not nearly a lot when it comes to fictional genetics. I understand that writers often leave the source for powers mostly open ended to give variety and new challenges. As well, with the case of X-Men, the entire definition of the X-Gene is that someone who has it has a slightly different genetic makeup then their parents resulting in some cases cool powers, in others monstrous deformities masquerading as powers.  It is plausible that children of two people with the X-Gene would not necessarily have the same abilities, but at the same time it would. I mean being half of them would account for some probability that that genetic mutation would also result in a similar outcome. 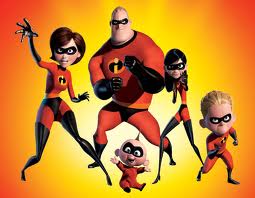 Really they were just The Fantastic Four with some role reversals. And despite being a housewife, office worker, and children, they seem incredibly smarter.

But then again, these are also universes where people can fly and shoot fireworks from their hands, so…I’m just being nitpicky. Who says when a person who is entirely elastic and their husband has super strength their child’s power can’t be too turn into metal or a goblin on fire? More importantly, what do I know about science fiction genetics?

I just read them for the cool people that can do backflips and fire lasers from their eyes.  How they got to be able to do those things is not really important…for the most part.